As millions die across the planet, Pfizer has raked in a profit of $8.7 billion 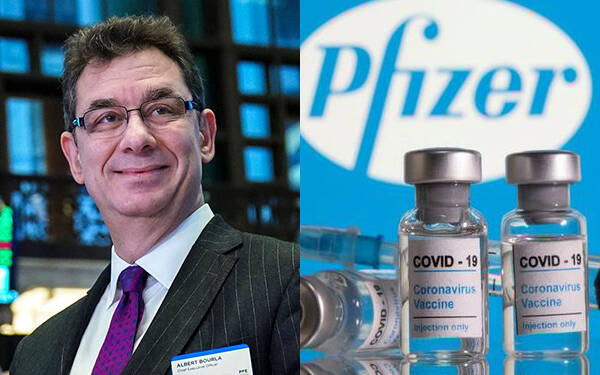 Pfizer is the company that has reaped the most benefits from Covid-19 vaccines so far. Pfizer makes use of its considerable resources to vigorously protect and expand its patents. Pfizer’s vaccine revenues are expected to top $30 billion in 2021 alone.

Pfizer splits earnings with its supplier, which means they will make at least $15 billion this year, bringing their combined sales to about $60 billion next year, with the vaccine accounting for a quarter of it. “That will make it the second-highest revenue-generating drug anywhere, anywhere,” according to one financial journalist.

The vaccine earned approximately $6 billion from the American government’s contract for manufacturing and rollout costs, so these sales would bring in a significant profit for the company. The German government backed the study, and according to official figures, Pfizer and its partner invested just around $1 billion more on research last year.

Pfizer, unlike other companies, has stated unequivocally that it would benefit from the pandemic. It has sold limited amounts to Covax, a multinational distribution company, and the African Union “at cost,” which the company says is about $6.75 per dose. Experts have proposed that these vaccines could be made for as little as 60 cents to $2 per dose. Pfizer, on the other hand, is selling to most countries at $19.50 per dosage, ostensibly a special pandemic price but clearly one that helps the company to benefit handsomely.

But a big profit is not enough for Pfizer, and it is obvious that once the pandemic is declared ‘over,’ rates will skyrocket. According to a senior executive, $150-175 per dose will be more “natural” pricing for a vaccine of this kind.

Pfizer argues that these exorbitant rates are needed to recoup R&D expenses. However, a review of their financial statements from last year reveals that the company paid out $8.4 billion in dividends to shareholders and made a profit of $8.7 billion.

Pfizer has mostly supplied vaccines to wealthy nations. They sold more than three times as much to high-income countries (1.6 billion) as they did to the rest of the world (560 million), while low-income countries received just a small portion. Just 40 million is secured by the multinational distribution network Covax.

Pfizer’s current behaviour is not just limited to the Pandemic. Pfizer has a history of profiteering. Pfizer and its British distributor, for example, slashed the price of the anti-epilepsy medication phenytoin, which was used by 48,000 NHS patients. In a single year, NHS spending on the drug increased from £2 million to £50 million, with the price of 100mg packets increasing from £2.83 to £67.50. Overall, UK wholesalers and pharmacies faced price increases ranging from 2,300 to 2,600 percent.

Pfizer Vaccine was the first vaccine produced in the United States to be authorised by a western country, namely the United Kingdom. Its endorsement became a sign of the West’s fight against the Wuhan virus. However, as the vaccine got approval by a number of European countries as well as the United States, reports of deaths and illnesses linked to the vaccine begun to emerge.

Pfizer only cares about the profits it makes. It has a history of doing so, and when the world is in the midst of a pandemic the only thing that Pfizer can think of is PROFIT.