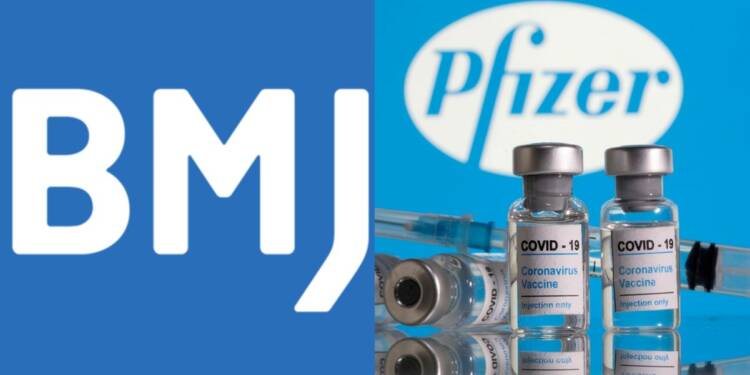 As per the British Medical Journal, Brook Jackson, who was employed at the research organisation Ventavia Research Group, alleged that the Pfizer company falsified data, unblinded patients, employed inadequately trained vaccinators, and was also slow in responding to the adverse incidents reported in Pfizer’s pivotal phase III trial.

On its website, Ventavia claims to be the largest privately-owned clinical research company in Texas. However, The British Medical Journal claims that during her two weeks of employment at Ventavia in September 2020, she repeatedly pointed out poor lab management, patient safety concerns, and data integrity issues to her superiors.

The British Medical Journal has suggested that early and inadvertent unblinding may have occurred at a large scale. As per the trial design, unblinded staff were responsible for preparing and administering the study drug. This was supposed to preserve the blinding of other participants. However, Jackson alleged that the drug assignment confirmation printouts were left in participants’ charts, and they were accessible to blinded personnel at Ventavia. Corrective action was allegedly taken only two months into trial recruitment.

The British Medical Journal has also reported that in a recorded meeting in late September 2020 between Jackson and two directors, an executive can be heard saying that the company couldn’t quantify the types and number of errors they were finding when examining paperwork for quality control.

The British Medical Journal has also claimed that as per a former Ventavia employee, the company was nervous about a federal audit of Pfizer vaccine trial.

As per the BMJ, in the recorded late September meeting, Jackson and Ventavia executives discussed the possibility of FDA inspection.

Jill Fisher, professor of social medicine at the University of North Carolina School of Medicine, said, “People working in clinical research are terrified of FDA audits.” However, she added that the agency rarely does anything except inspect paperwork. She said, “I don’t know why they’re so afraid of them.” However, she also expressed surprise about why the agency failed to inspect Ventavia even though an employee had made a complaint. Fisher said,  “You would think if there’s a specific and credible complaint that they would have to investigate that.”

What did Jackson say in her FDA mail?

As per the British Medical Journal, Jackson sent an email to FDA on September 25 which stated that Ventavia had enrolled over 1000 participants at three sites. The full trial (registered under NCT04368728) enrolled about 44,000 participants across a total of 153 sites including commercial companies and academic centres.

In her email, Jackson made some categorical complaints including placing patients in a hallway after injection without any monitoring, lack of timely follow-up on adverse events, unreported protocol deviations, failure to store vaccines at proper temperatures, mislabelling of laboratory specimens and targeting of those who reported such concerns.

The FDA however gave emergency use authorization to the Pfizer vaccine last year. This year, in August, the company also got full approval. Later, the FDA published a summary of its inspections- nine out of 153 sites were inspected and Ventavia’s sites were not listed amongst the inspected sites.

Accounts of other employees

As per the BMJ, Jackson has reconnected with several other former Ventavia employees in recent months. She also connected with an executive who was present in the late September meeting and The British Medical Journal claims that in a text message sent in June, the former official said, “everything that you complained about was spot on.”

Pfizer vaccine has ultimately emerged as one of the major Coronavirus vaccines available in global markets today. However, the crucial report published by the BMJ doesn’t even find a mention in Western media and even Jackson’s allegations seem to have been ignored altogether.