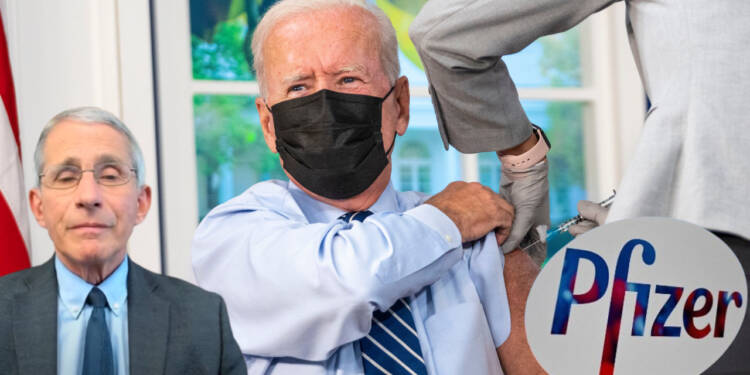 Pfizer, the Covid-19 vaccine, has always invited accusations. The hasty approach that the vaccine makers allegedly adopted to rush through the approval mechanism in different countries was an example of how recklessly they pursued their vaccine agenda. Criticism followed the pharmaceutical bigshot with every move it made. The latest addition to the list is concerning and should never go drowned along with the previous many.

A Pfizer document that was purportedly leaked has made a bombshell of a revelation. According to the document, the efficacy of the Pfizer vaccine was only 12%, not anyway near to what was publicized to the world by the pharmaceutical giant.

The document further adds up that the vaccine poses a serious threat to pregnant women.

Thank you @narendramodi for saving India.

The revelation is indeed alarming, but the western media has not mustered the nerve to raise the red flags. Considering how the liberal elites tirelessly enacted the gatekeeper role for Pfizer, there lies no point in getting surprised by the neglect from the media biggies.

Read More: The Fauci Scandal: The mother of all scandals

Passing through the documents, the details are further ablaze with flaws that the world never came to know. The document reveals, about 1200 people died after taking the jab in the first 2.5 months, and the cases that had adverse events went up to 42,000. The paper also asks breastfeeding women to not take the jab since the vaccine stayed ambiguous when it came to its effects on fertility.

Pfizer kept making headlines while no attention was paid to these concerning developments. The admiration that Pfizer bagged even rolled carpets for it to the Oscars only to get overshadowed by the Will Smith episode. It’s quite laborious and nearly impossible for anyone to get down on real facts about the vaccines. That’s because Pfizer has always dodged away from criticism even as its critics kept attempting to voice concerns and demand more transparency.

Anthony Fauci, the leading medical advisor of Joe Biden’s administration was one among those top advocates who batted for Pfizer, rather dexterously. The American physician went in crosshairs with Trump when the former president publicly rebuked the scientist’s ridiculous suggestions to counter Covid.

This helped the Biden camp dominate the narrative around the Covid pandemic and create a villain out of Donald Trump for his alleged ineptness in the handling of the crisis. The same Biden after becoming president responded brazenly in a “Well, whaddya do?” manner over the Covid issue.

Biden went ahead to make the largest-ever purchase of Pfizer made by a single country. Accusations are bountiful when it comes to the dubious Pfizer vaccine, which also got into pandemic profiteering. Pfizer’s revenues last year doubled to $81.3bn, and it expects to make record sales of $98bn to $102bn this year, half of which will come from Covid products.

Also, it may be noted that both Biden’s and Fauci’s endorsement came only for Pfizer, whilst many countries including India offered potential alternatives that could beat Pfizer any day in terms of efficacy. With pharmaceutical firms recklessly raising their stakes by fudging facts, the people have no reason to pay heed to the moral advice rendered to them by Pfizer enthusiasts over the world.