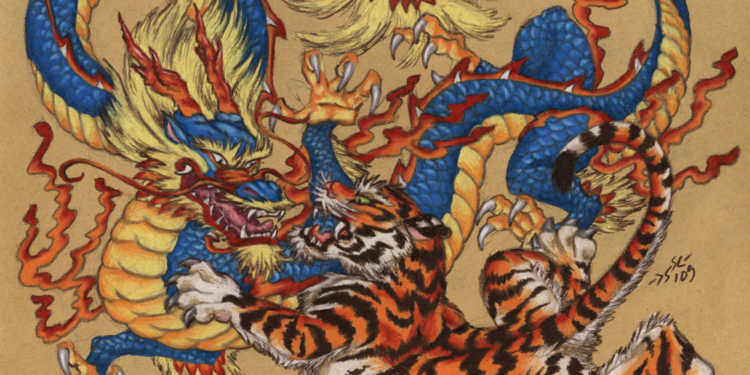 On July 1st of this year, an anti-ship missile- the supersonic Hsiung-feng III (“Brave Wind”) – was launched from a Chinese naval vessel. It struck a Taiwanese fishing trawler, killing three men. The incident was deemed as an accident by the Chinese authorities- but tensions between the two countries have ratcheted up yet another notch.

Chinese- Taiwanese tensions have been a fixture of Asian politics since the 1940s- but last week’s incident is particularly interesting in many ways.

1-The event- coming as it does at the height of the Spratly Islands issue- is sign that the Chinese are determined to secure hegemony over Asia.

2-The muted, even apologetic, response by Chinese officials regarding the matter, point to certain structural problems that have tempered Beijing’s previous aggression for the present.

For aggression has been the primary feature dictating the Chinese outlook towards Taiwan since the 50s. Part of this is justified: both the Chinese and Taiwanese governments recognize each other as illegitimate; the name ‘Taiwan’ itself is only used in the English-speaking media. The Taiwanese refer to themselves as the ‘Republic of China’- a legacy of the time when the Nationalists ruled all of the Mainland. But though Taiwanese sentiments towards China have become lukewarm in recent years with increasing demands of independence by the Taiwanese majority and a legitimization of the status quo, the Chinese have not reciprocated yet.

The reasons for all this are understandable within a certain context.

1-The current economic travails being faced by China make war unlikely within the next eight years at the very least (The general trend for a business cycle is around seven years). This is roughly around 2024.

2-The current demographic trends for China portend impending doom by 2025– when China’s population will peak according to the US Census Bureau- and 2035 when ‘excess’ young men and the elderly will make up nearly half the country- a recipe for societal unrest.

Thus, it is very likely that the World is going to witness an extended period of military build-up and prevocational politics by the Chinese, culminating in a flashpoint shortly after 2025- which points to a decade-long window where military operations, if they occur, would be advisable for any Chinese general.

Such military actions, if they are conducted, are highly unlikely to end with any significant gains for the Chinese. Their economy is almost entirely dependent on the resources and exports- both of which would be scuttled in the wake of an offensive war. The off-shore territories- Japan, Korea, Taiwan- the Chinese Emperor could once awe with their power and civilization- are highly advanced, heavily defended countries- and are currently headed by openly nationalist figures such as Abe and Park. Ditto for the Philippines. Russia is a close ally- but is disinclined to be aggressive in Asia. Vietnam has been preparing for war since its creation. The Himalayas would make warfare with India a nightmare. What is noteworthy here is that none of the prospective Asian rivals to China are facing crippling levels of demographic collapse and financial decline at the same time. Japanese and Taiwanese are relatively insulated- though not immune- to the former; Vietnam and India make up for their economies with sheer population.

The Atlantic writes: ‘The frightening scope of this decline is best expressed in numbers. China today boasts roughly five workers for every retiree. By 2040, this highly desirable ratio will have collapsed to about 1.6 to 1. From the start of this century to its midway point, the median age in China will go from under 30 to about 46, making China one of the older societies in the world. At the same time, the number of Chinese older than 65 is expected to rise from roughly 100 million in 2005 to more than 329 million in 2050—more than the combined populations of Germany, Japan, France, and Britain.

China’s population will shrink to scarcely more than twice the size of America’s.’

In January this year, the Wall Street Journal reported that the Chinese working population had fallen for the first time in thirty years. Even more significantly- the migrant population had fallen even more. This- coupled with falling real estate prices, imploding stock markets, capital flight amidst bad loans, and a long trend of massive Non-performing loans- are clear sign of something long predicted- that while China’s top cities might have reaped great success, its Tier II and Tier III cities have been long on investment but short of both labour and return.

This is, for practical purposes, the last Chinese generation that can make a mark in the World.

Thus, it is evident that the proper handling of China’s actions in the coming two decades will be vital if the words of PM Narendra Modi- that this century would be ‘India’s’- are to be true. The first and most obvious step would be concentrate on economic growth- however there are certain other more distasteful parts which India’s policy makers should ponder upon as well.

1-Demographics is destiny. At present, India’s population expected to peak at around 1.7 billion people around 2065. In my opinion, this is an underestimation. Invariably, increases in urbanization and literacy rate have led to massive falls in growth rate. At present- given the boost given to India’s development by the NDA and assuming it lasts even 15 years- this trend will be even more marked. We might expect a lower peak of 1.5 billion around 2050.

Thus, falling fertility rates might land India in the same problem as China- a massive elderly population, a small economy, and lack of enough workers.

2-At present, the problem of different TFR rates across China have led to cultural and financial problems. The glut of workers in South-East China is contrasted with the lack of workers in the North. Lack of migrants has led to slowdown in Tier II cities. Areas like Hong Kong and Xinjiang are striking back against the entry of ‘Chinese’ migrants.

Signs of this have already started in India- Southern states are below TFR already. As the South Indian populations get swamped with northern migrants, this will lead to a rise in tensions as with China. Places with high levels of trained emigration such as Orissa and West Bengal would find their growth hampered. In addition, since cultural friction is far more in India than in China, the scope for social unrest is far more. Thus, Family Planning in India should be at State level or even Community level instead of at National Level. TFR rates should be boosted in the South while being tempered in the North.

3-Gross Imbalances in India’s sex ratio have to be addressed at once and as stringently as possible. Since men typically marry at older ages than women in India, a slight excess of men over women can be accommodated for. There is no conclusive evidence on whether ‘excess’ men are a societal problem (male-heavy societies in the 19th Century American West, White British India etc not only survived but prospered) but this is a problem which is better prevented than cured. If it comes to choosing between Population Control and Correcting Sex-imbalance, the former should be sacrificed at all times.

Unfair divorce laws have led to a decline in marriage in the West- and subsequent depopulation. Similarly we see abuse of both Dowry and Divorce laws in urban India whereas women continue to suffer in rural India. This is leading to depopulation among urban, educated sections and human rights violations in the rural, uneducated sectors.

4-China is not a real model for India’s growth. China is not a model for anything. China was and is an unprecedented aberration in the economic history of Mankind. China is the living example of credit madness- building, borrowing, stealing, speculating on the largest credit bubble in history. China is a continent-wide building project where everything has flowed into building, building, and building more. Steel, Real Estate, Copper, Cement- all these industries are a massive inflated bubble that will wipe out trillions of dollars in investment when they burst. And since China is so tied up with resource markets such as Australia and Africa- so will these places as well. The aggregate exposure of China’s financial system to the Property Market is 80% of the GDP. This is not only worrying, it is absurd!

This also points out the road which India must take. Capital investment must be an area of focus as must be deregulation of Consumer markets- but sectors like Real Estate and Banking must be controlled with a heavy hand at all possible levels. Reliance on ‘fair weather’ economy to dictate the value of land is ridiculous.

The coming half century would be one of massive demographic changes- primarily centred on the greying of Europe and East Asia, and thus, subsequent economic collapse. In south American and South-East Asia, growth is stagnant or relatively moderate in scope. The only regions that appear immune to this coming crisis are: – North America, which is at saturation already, the Middle East and Africa, where sectarian tensions and radicalism have scuttled growth, and lastly- India.

The period 2016-2040 are what will determine whether India will ever take back her rightful place at the head of the World. Let’s hope Modi’s words during his interview with Arnab remain true- that his government will stay onto till 2040, and will remain committed to India’s growth as ever.