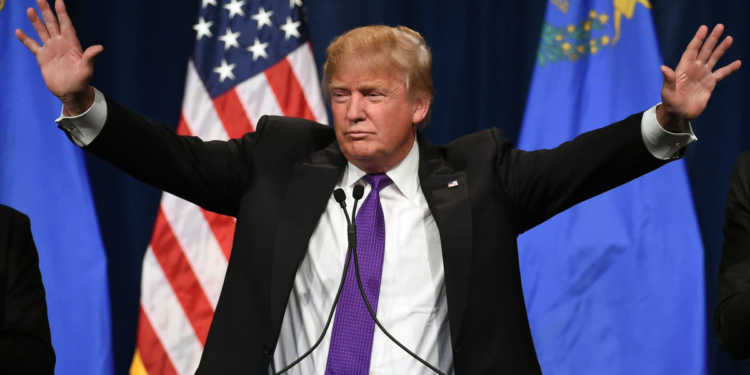 So it’s over. After possibly the most outrageous, bitter, and divisive campaigns ever in American history, we finally have a winner.

24 hours back, this result seemed almost impossible. Going in, here are the things that seemed to be working for Hillary

• She was leading in almost all polls (and poll of polls) with a significant margin
• FBI’s clearance of the email investigation coming 2 days before election day seemed to have stopped Trump’s late surge
• She had the most important and fascinating surrogates including the likes of Obama, Michelle Obama, Joe Biden, Bill Clinton
• She had the backing of most of the main stream media and majority of newspapers

On the other hand,

• Trump didn’t have much support. Forget about independents, even many in republican leadership – including the most senior republican leader in congress, Paul Ryan – openly said they didn’t support him.

• Most of the media hated him and/or was scared of his presidency. The Arizona Republic, a newspaper out of Arizona, had always endorsed republic candidates since 1892. First time, they endorsed a democrat candidate.

• He was mired in a variety of controversies such as the obscene Access Hollywood tape, subsequent sexual allegations from multiple women, his comments about Muslims and Hispanics, his twitter battle with former miss universe, etc.

Trump was probably the most ‘Politically Incorrect’ candidate ever to run for US presidency. Still he won, defying all odds, analysis, and predictions.

Why, what does it tell us?

a) Economy is the #1 issue for people

Before election, when undecided voters were asked to rate both candidates on a variety of parameters such as foreign policy, personality, and temperament, etc. the only issue on which Trump did better than Clinton was economy. It was very clear that Hillary was a much more polished politician, measured in her words and overall looked more presidential; however, Trump, being the shrewd businessman he is, hit all the right notes on the key issue of economy, talking about reducing taxes for corporates, bringing manufacturing jobs back to America, and making better deals with other countries.

At every given chance, Clinton talked about her 30 years of experience in public office. It seems that instead of benefiting her, it went against her. People were fed up with career politicians and current state of Washington D.C. They were looking for an outsider to bring wholesale change and “to clean up the wreck”. Trump fit that bill perfectly.

Democrats had the biggest well-oiled organization machinery on the ground. They used the most sophisticated technology, had best political minds, had workers go door-to-door to bring out voters, etc.

Hillary was the most studious, meticulous candidate; for every debate, she prepared for hours and days painstakingly.

In contrast, Trump spent his time traveling to meet people and establish connection. For debates, he did not prepare much (even openly admitted to that). At rallies, he often spoke impromptu (which lead to some of his biggest bloopers and controversial comments) instead of just reading stuff from the prompt. In the end, people liked his off the cuff, hands-on approach over her mechanical, over-calculated one.

It’s no secret that mainstream media was biased against Trump (I won’t like to go into whether that was justified or not).
In the days following the “Access Hollywood”, mainstream media spent 7 times more airtime on Trump’s history of sexual misdemeanor than on leaked emails from Wikileaks that corroborated corruption allegations against Hillary. Most of the biggest and well-respected newspapers carried tons of articles severely criticizing Trump. Hillary had endorsements from 500 newspapers whereas Trump had only 25.

Political pundits laughed at Trump when he repeatedly went to traditionally blue states of Michigan, Wisconsin, and Pennsylvania. They projected huge victories for Clinton in those states with over 75% probability.

Just compare the projection maps with the results and see how wrong they were.

Some of the severest condemnation of Trump came for his loose, irresponsible, and offensive comments about Minorities (Latinos, Muslims, and African Americans). It was very clear that they all would enthusiastically vote against him.

However, it seems that majority of people, including most democrats, forgot the fact that 78% of America’s population is still white. A big chunk of it is the traditional, conservative, non-college educated blue-collar worker who is extremely disgruntled with Washington. Who possibly feels left behind with all the manufacturing jobs going to China, losing jobs to immigrants who are ready to work at a much lower rate, and chronic neglect from elite politicians. Trump understood this anger, channeled it and converted it into votes.

In the end, this was definitely one of the most bizarre elections ever. In many ways, it was a ‘wave’ election and you can’t help but draw parallels with Modi’s victory in 2014.

Trump Effect: A massive right wing wave is on its way