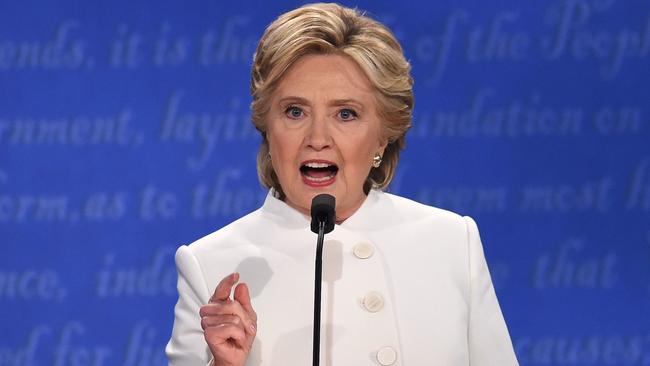 The reasons that When Trump romped home to become the 45th President of the United States, the trajectory of his victory had an uncanny resemblance with that of Indian PM Narendra Modi in 2014 Lok Sabha polls. The media bias, pollsters going wrong with calculations and the monumental surge that galvanized them to the coveted position were quite contrasting in nature. There was one more factor that was instrumental in drumming up effective support on both the electoral landslides. In case of Modi, the inefficacy of the ruling UPA in form of historic scams added the necessary impetus whereas Trump was helped by all the scandalous mess the Clinton campaign was deeply mired from inside.

Hilary Clinton has the dubious distinction of coming really close to the gates of the White house and then floundering. Losing nomination race closely to a charismatic Obama in 2008 perhaps was sustainable. However losing the race for presidency to a political outsider like Trump demanded a much needed inter reflections of sorts and a thorough analysis. UPA after losing elections in 2014 blamed the CAG for highlighting monumental figures as presumptive losses that set the stage for its downfall. Likewise Clinton found a scapegoat in FBI director Comey who accordingly had revived her email server inquiry. ‘’There are lots of reasons why elections like this are not successful’’ She had quipped adding that FBI stance had derailed their campaign momentum.

A Clinton defeat was a watershed event whose magnitude was certainly preposterous to be measured by one event. It was a process combining failures at multiple fronts and the face of it all was the WikiLeaks revelations. A big advantage for Trump being a political outsider was the improbability in scrutinizing his previous governance record. Although his seemingly misogynist and racial comments were plastered in the news, Clinton had to undergo the upheaval of a multitude of scams. The scandals had many layers and touched all forms and means to let the people talking even if media was firmly entrenched on her side.

Trump on the other hand like a pinch hitting batsman at the crease was lofting and posturing without any seeming fear of the past. The biggest smoking gun in the entire Wikileaks facade with respect to Clinton was centred around her email problems and it had many layers to that. And in totality they all overlapped to make a bad case for her campaign. As Clinton used her private server as the Secretary of State, the controversy splintered into many facets. The security threat was somewhere about classified mails reportedly been sent to her daughter Chelsea to a serious national security concern about her communication through the same channel for the tragic Benganzi episode where an American ambassador lost his life. Although no proof of complicity or criminal activity was a part of the email story however the carelessness with respect to Clinton in her handling raised serious questions and diluted her sharpening of raising lack of political experience on the part of Trump.

This was not the only aspect. The biggest revelation of Wikileaks was the Democratic Party officials attempting to fix elections against Vermont Senator Sanders which led to resignations and raised questions about the authenticity of the Democratic Party primaries. ‘A more popular Sanders had the ability to beat Trump’ chant was doing the rounds and this expose sort of dented her prospects beyond measure for sure. Then came the Podesta mails (Her campaign manager) which furthered plummeted her standings with respect to aiming for the White House.

The other reason for Trump to win was his portrayal as an anti-establishment functionary. His claims of ‘drain the swamp’ resonated with the masses which was about doing away with Washington insiders and lobbyists who have hijacked the polity in corridors of power. This agenda of his campaign was perfectly complemented by reports of the establishment media sort of hobnobbing with the Clinton campaign team. A magazine had even printed a news story of Clinton becoming the first woman president even before the results were announced. The media did not reflect the groundswell and hence this added to the furore. Although Wikileaks may have been targeted for specifically sabotaging Clinton campaign, the fact of the matter is her dubious past too coupled with ongoing controversies to give her momentum a sagging look. The past in form of White water financial miss appropriation or the defending of a child rape accused or even covering up Bill Clintons sexcapades all together made it difficult for the Clinton managing team to fight whereas Trump devoid of such murkiness may be owing to lack of holding a public office gave him that relishing enough elbow room to punish Clinton.

Another aspect which was also seen in Indian Lok Sabha polls was increasing staleness in projection of family citadels. The Clintons have enjoyed tremendous realm and sway in political affairs of the United States and and ensuing freshness in form of an alternative is always welcome. Even if the Trump campaign was dubbed dangerous and even presented like a modern day doomsday, it still was breaking shackles from regular political figures. As a matter of fact, Bill Clinton himself presented that flamboyant classy alternative to George HW Bush and his victorious Gulf war in 1992 presidential edition and this steered himself to then White House glory as alternative helped triumph anti incumbency. The same pattern seems to have repeated and even if Hillary Clinton was not a sitting American President, her credentials espoused in the name of Wikileaks was the final nail in the coffin.

There were rumours of FBI protecting her in the wake of she being a strong proponent of the established order. The investigation into the email inquiry called upon by the FBI chief was not the onus but just a trigger that may have given that final deadly snap to her already spiralling election campaign. After 2014, Congress blamed Vinod Rai subtly for its election woes and the same face saving antic may have been perpetuated by the Democratic Party which is reeling to an all front defeat not just in the race for the White House but also for other arenas of the Congressional elections. With Trump waiting in the wings as the new President elect, the Democratic Party has to leave behind the Clintons and chart a new course to resurrect into a new found viability.