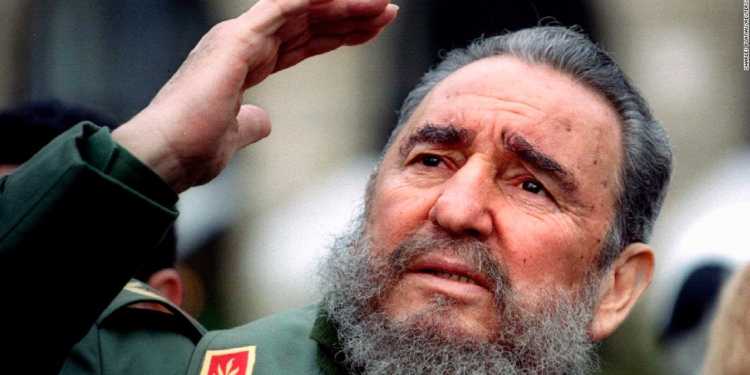 So what if he was a brutal egomaniac dictator. Fidel Castro was a tall handsome figure with a handsome sidekick Che Guevara. He is a darling of media. He is credited with “liberating” the population of Cuba from the oppression of Batista regime that came before him. First things first: Batista was a corrupt, cruel dictator, but does that excuse what Castro did to the beautiful country for more than half a century?

Cuba was a prosperous country. It had a higher standard of living than Ireland and Australia in 1958 and had double per capita income of Japan and Spain. It ranks 118th in the world today. The shining beacon of Caribbean has been reduced to a flicker by the brutal suppression and socialist doctrine. The two areas where Castro’s apologists support him are health and education.

They claim Castro regime has “made Cuba great again”, in a manner of speaking. Let’s examine that.

One of the signature achievements of Cuba is cited to be a low infant mortality. It is a good index. In fact, in medicine we are taught it is the best measure that can be used to judge how a country is doing in health. however, even before Castro, 1900 to 1960 , Cuba was doing remarkably well at reducing Infant mortality. It had the lowest rates in Latin America and much below many European countries like Italy, France and Germany. Its gain in reducing mortality since then? Cuba has slipped to 5th out of 20 Latin American countries for which data is available. Even this is not really impressive because the Communists are well known for fudging their figures and not allowing independent verification. And theres another factor. Cuba has the highest abortion rates in Western Hemisphere. Second highest in world. There are routine stories about women being pressured or forced to abort because there was some anomaly in ultrasound. Fidel has made Infant Mortality something of a prestige issue and many doctors and local communist leaders will go to any extent to please their leader. So thats the great “healthcare success” of Cuba: its not doing as well as it was before the revolution. On the world stage, in Infant Mortality, Cuba’s rank has slipped from 13th to 24th during Castro regime. (http://lasa.international.pitt.edu/Lasa2003/McGuireJames.pdf)

But look what Castro did for education, right? Cuba has 90% literacy. However, in 1958 Cuba had 80% literacy. Within a few years it would have been one of the first few fully literate countries in the world. It is at 90% now, after several years of making that a prestige issue. Our own Kerala has done much better.

What good is even that literacy, though, without education? No, not just reading some books, but reading a wide variety of books. To no one’s surprise, much of the literature of the world, and most of the journalism, is banned in Cuba. You can read the painfully bad prose of Che or Fidel to your heart’s content (or till you throw up), but you cant read 1984 by Orwell. You can’t even read US constitution. In 1994, five people were sent to jail for a serious crime: they read aloud the UN declaration on Human Rights. They went to jail for 10 years. Ah the irony.

What about the Internet as the great equalizer? Well, Cubans have access to a state run “internet”. It costs 31 pesos per hour, while average daily wage for a Cuban is 15.5 Pesos. But at least they get the information about the world? Well…. that internet has just one function: state run email. Oh and its not allowed in homes, only in state run internet cafes. Mobiles were only allowed in the country in 2008. And internet for them is the same as the for computers. Almost non-existent. https://rsf.org/IMG/pdf/rapport_gb_md_1.pdf http://www.havana-guide.com/havana-internet.html

He was a communist dictator instead of a national socialist one, so he was ok. He kept killing and imprisoning Cubans. Cubans kept trying to escape from the hellhole he created. Some managed to reach freedom, others were captured, tortured and killed. That was ok though because he was a socialist and had “free” substandard medical care for a population he held hostage. He stayed in power as a dictator and then handed the reins over to his brother, mixing socialism and hereditary monarchy like North Korea (and the Nehru Gandhi clan). He kept persecuting his people and the media kept adoring him. Because he was handsome rebel with a Cuban cigar and he was an underdog, even though he was backed by USSR.

That’s what you get when the entire media and arts world sees everything and everyone through the lens of Socialism. Villains like Castro and Che become heroes. He is gone, but Cuba is not yet free. It is still ruled by a Castro, and still an oppressed society. Obama has given the dictatorship another lease of life by ending its boycott. Obama is not a communist himself, just a sucker for the romance of socialism.

Viva la socialism. Socialism may not have logic or rationality, but it has a friendly media and arts world ready to create heroes around the biggest monsters. They will keep Socialism alive, as long as they manage to stay alive, that is.