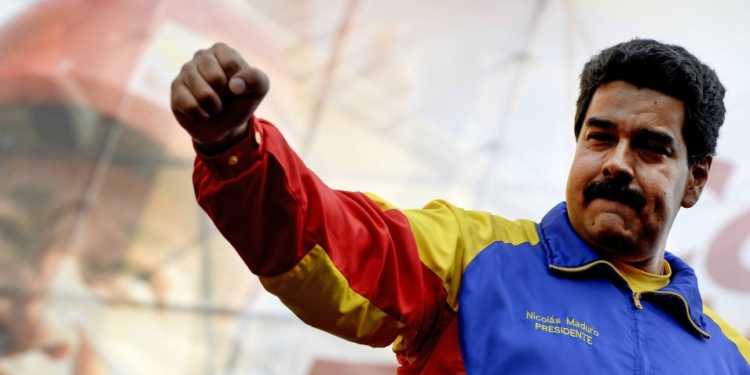 The economy of any country is corrupted when the elements of the Black Money, Illicit Currency and Tax invasion makes space for itself in the parallel economy. This type of system is unaccounted, tough to monitor and creates a void in the entire core structure of the tax, budget and GDP for any nation.

Declaring a war against the same, Indian Prime Minister Narendra Modi announced demonetization stunning everyone by his master stroke.

Deriving inspiration from the same, Venezuela decided to follow the path and President Nicolas Maduro announced the decommissioning of 100 Bolivian Bill.

“There has been a scam and smuggling of the one hundred bills on the border with Colombia. We have tried the diplomatic way to deal with this problem with Colombia’s government; there are huge mafias. I have decided to take out of circulation bills of 100 bolivars in the next 72 hours. We must keep beating the mafias.”

While this move was provoked by the smuggling and scam of over hundreds of bills by the mafias, it was also an after effect of failure to sort the matter by diplomacy with the neighbouring state.

Making this announcement on Sunday, the 11th, President also claimed the process of returning and having the new notes to be done within 72 hours. In his statement, Maduro cleared that the aim of this move is to tackle the gangs hoarding the local currency abroad and establishing an economic war against the government and national economy.

As a result of this announcement, the native people spent initial days standing in the queues to obtain new currency, hand over the demonetized notes or swap notes in exchange. The market saw a doom as thousands of shops were forced to be closed following the cash crunch. Public relied on the bank transfer or the credit cards to make the payments and exchange the commodities. However, this episode left people starving with no food to eat and as a result, clashes were inevitable measuring the outrage of the masses.

Despite arresting few people to check the revolt, there was a huge outbreak in the streets with people waving the demonetized currency and chanting “they are useless!” In Caracas city where the public was protesting, Police had to fire tear gas to disperse the crowd.

It is believed that one person lost his life in this stampede forcing the government to withdraw the move and postpone the demonetization until January 2, 2017. The BBC reported that this announcement came after the economic crisis in this South American state deepened. On a hand, the system was not efficient enough to kerb the post decommission crisis and on the other, new currency of 500 Bolivar currency did not arrive in time.

This U-turn clearly represents the lack of vision and planning by the Venezuelan leaders. They decided to follow the path of the largest democracy while failed in following the planning, secrecy and management to combat any revolt against the regime.

Mind you! Prime Minister Modi had a personal interaction with the chiefs of the security forces before addressing the nation in first of its kind address. It was clearly the planning to troubleshoot while no such arrangements or meetings have been reported in the other case. This U-turn was inevitable to predict considering the strong opposition from the drug dealers and the smuggling mafias.

It is unfortunate to see people starving falling prey to the government’s improperly planned policy. But the involvement of mafias in this entire scene of stimulating the riots can not be completely discarded.

The efforts of launching a campaign at a nationwide level which requires an efficient plan and proper execution in which, Venezuela has failed, as of now!