So what exactly is honest Journalism? 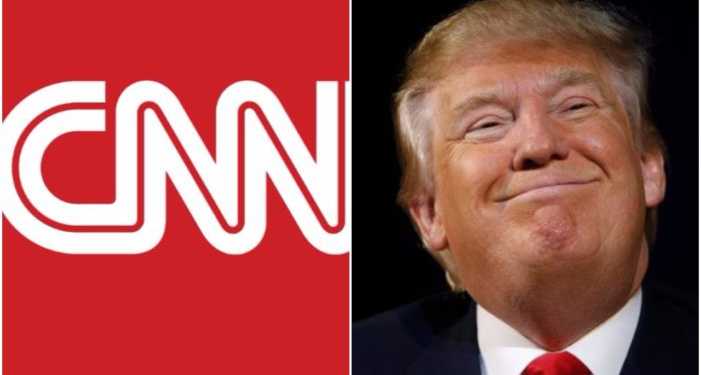 In his first visit to the CIA headquarters, America’s new president Donald Trump described journalists as “the most dishonest people on earth”. This is not the first time that he has taken on the fourth estate. Recently, he refused to take CNN’s question at a press conference calling them “fake news”. During the election cycle, he addressed the channel as Clinton News Network. A fortnight after election day, Trump held his first media summit. One of the attendees described the event as “a f***ing firing squad”. He reportedly began his meeting with the following sentence: “We’re in a room of liars, the deceitful, dishonest media who got it all wrong.”

Several experts and commentators have written and spoken extensively about the ongoing tussle between the president and the media. Most of them have laid the blame squarely on the president’s doorstep. Some have criticised him for being dictatorial and attempting to muzzle the press. Others have dismissed these statements as Trumpisms- outlandish and sensational soundbites devoid of fact and logic. The general impression is that Trump’s rants against the media shouldn’t be taken seriously. Of course, the fact that this impression is generated by the media itself is often forgotten. The anchors who have dismissed his statements and the columnists who have expressed concern make up the media that Trump loathes, and this is often forgotten.

Is Trump way off the mark? Surely CNN is not ‘fake news’?

Surely calling them ‘Clinton News Network’ is a long stretch? CNN falsely reported that Donald Trump would continue with his reality television show during his presidency. CNN also published a 35-page dossier full of uncorroborated rumours about Trump, including alleged sexual dalliances in Russia. During the election campaign, CNN’s political analyst Donna Brazile leaked debate questions to Hillary Clinton’s campaign in advance. Upon being exposed she said, “If I had to do it all over again, I would know a hell of a lot more about cybersecurity.” She went on to become the chairperson of the Democratic National Convention.

Is it still a long stretch? CNN, or rather some of its journalists, are just one example. Several media outlets put out fake stories about Donald Trump during the election cycle. According to leaked emails, senior journalists sent articles they had written to the Clinton campaign for approval before they got published. Most of the mainstream media was convinced right up till the end that Hillary Clinton would sweep the elections. The New York Times, which many believed was blatantly favouring Hillary, famously said that she had a 92% chance of winning the elections. Surely the top journalists, analysts and psephologists in the world aren’t stupid or incompetent. What are the chances that each one of them called the elections wrong, considering there were only two option? They didn’t even try, methinks.

Back in India, the situation is worse. Journalists have wielded influence in the corridors of power. They have taken part in cabinet formations, and lobbied to politicians on the behalf of other politicians. Journalists in India have blood on their hands. They have revealed sensitive information on air, which helped terrorists kill Indian armed forces. It is believed that some have indulged in money laundering. Journalists belonging to NDTV check several of the aforementioned categories. Less than a month ago, I wrote a piece detailing the various shady dealings this media outlet indulged in. You can read it here:

This isn’t even the tip of the iceberg. Entire books have been written about how the media targeted prime minister Modi in a concerted manner right from his Gujarat days.

The 2002 narrative that was peddled for more than ten years, and the intolerance farce we witnessed one year ago, are indications of the extent to which the Indian media is in bed with certain vested interests. Last week, the World Economic Forum (WEF) ranked the Indian media as the second most untrusted institution in the world.

Every mainstream political party, or any major organisation for that matter, have a propaganda machinery. Their message must be sent out, their superiority must be asserted and their base must grow. There is nothing wrong with these practices, in fact they are essential to any organisation’s survival. What is unfair is when sections of the media, masquerading as impartial sources of information, function as part of some propaganda machinery. A disclaimer of any sort would entail to their base taking them with a pinch of salt instead of considering them to be guardians of gospel truth. This doesn’t suit them, therefore the links to the mother ship are often buried.

There are other factors too. Corporate ownership of the media often means that some outlets are routinely forced to compromise with their integrity, in order that certain interests may be served. Several corporate houses around the world have massive investments in the media. More often than not, the media business isn’t as much a business for them as it is a tool to control the narrative. The activist factor too must be taken into account. People holding certain causes very close to their hearts often join the industry, and work towards spreading a particular ideology instead of pursuing the truth.

The mainstream media as we know it, has failed. Trust deficit is on the rise. Internet accessibility has ensured that the alternate media gives it a run for its money. Media reforms are the need of the hour. Strong media watchdogs that review what various outlets put up, update their ownership patterns, mention their leanings and rate them, are necessary. The right to practice journalism should be revoked by an independent body whenever any hanky-panky on the part of a journalist comes to the fore. Editorial rights must under no circumstance lie with the owners or investors of the media outlet. These will be good first steps to clean up the cesspool that is the mainstream media.