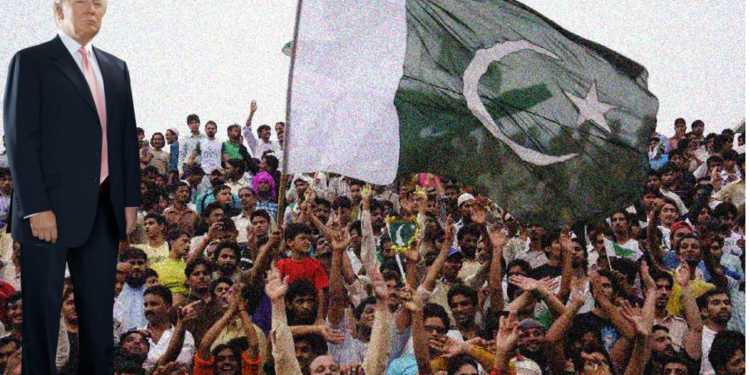 It’s been less than fifteen days since Donald Trump took office and he has started signing executive order to fulfill his promises. Of all the promises he made during election campaign one of the major promise was to ban Muslims with radical Islamic ideology from visiting United States of America. Few days back, President Trump banned nationals of Iraq, Syria, Iran, Sudan, Libya, Somalia and Yemen to the US for 90 days. He hinted that it was not the final list and many more countries could join the ban.

The mainstream media termed the ban as ‘Muslim ban’ and hammered Donald Trump for signing executive order. Trump clarified that it’s not a ‘Muslim ban’ rather a temporary hold on immigration until more stringent vetting procedures are put in place by new administration.

However, according to Reince Priebus (Chief of Staff) the ban could be extended to Pakistan. He said “You can point to other countries that have similar problems like Pakistan and others – perhaps we need to take it further” in an interview. Mr. Priebus attempted to justify the ban by reasoning that it is for the protection of American citizens and quashed claims by mainstream media that it was discrimination against Muslims. According to some politicians in Pakistan the perfect example of Trump’s “Anti-Muslim” leanings and he is proving his skeptics right. On the other side Imran Khan of Tehrik-e-Insaf wants Trump to extend ban to Pakistani citizens. His views are that the ban will help to solve the problem of brain drain. Mr. Khan urged educated Pakistani youth to abandon U.S. travel plans in search of a better economic future and focus on building Pakistan.

India has repeatedly asked the world to boycott countries that are fuelling terrorism. It is well known fact that Pakistan was a safe harbor for Osama bin Laden. Pakistan sponsors terrorism in India. It funds trains and arms the militants in Kashmir. Pakistan’s notorious spy agency is the mastermind behind the attacks on Indian soil. It’s not only India that claims Pakistan is state sponsor of terrorism, its former ambassador to the U.S.; Husain Haqqani has said Pakistan sponsors terrorism.

Pervez Musharraf, former Pakistani president had accepted in an interview that Pakistani forces trained militant groups to fight India in Kashmir. Not only this he confessed that his government ″turned a blind eye″ because it wanted to force India to enter negotiations and raise the issue on international platform. Musharraf had said Pakistani agents in the Inter-Services Intelligence (ISI) cultivated Taliban after 2001 because Karzai’s government was dominated by non-Pashtuns who were thought to favor India.

Hafiz Muhammad Saeed, the main perpetrator of 26/11 Mumbai attacks who roamed free on the streets of Pakistan till yesterday is placed under house arrest. Saeed heads the Jamaat-ud-Dawa (Jud), which is a front for LeT. The US has put a $10 million bounty on Saeed. Jamaat-ud-Dawa is currently declared by the US, the EU, India and Russia as a terrorist organization. It regularly conducts mass rallies and congregation inciting people to rebel against India and carry out bloodshed.

It may not be wrong to say that Trump’s pressure on government of Pakistan, forced it to show some action against a global terrorist. One important thing to notice is that few days back Trump called Modi and invited him to visit USA signaling deepening USA-India ties.

Pakistan which has been termed as western ally by some nations in war against terrorism has done more harm than good. It takes funds from USA in the name of counter-terrorism operations and funnels it to terrorist organizations to carry out attacks against India. If the ban implemented by Trump against Pakistan it would signal to Pakistan to mend its ways or face sanctions. It would send a strong message to world that USA believes Pakistan is a hotbed of terrorist activities and its citizens possess a threat to the world. However, these measures may keep USA safe from extremists the need of the time is to declare Pakistan the state of terrorism and make it pay for its dirty deeds.