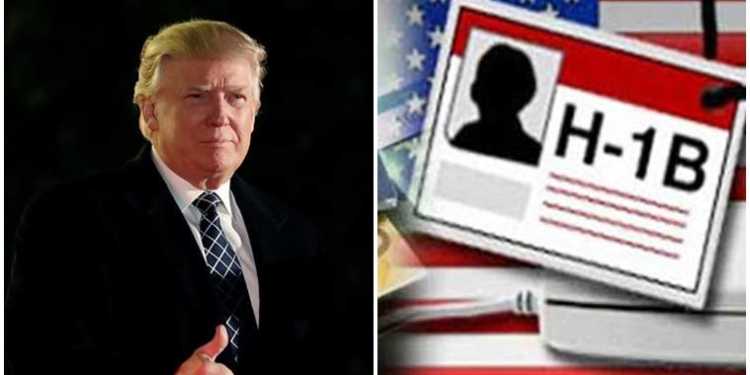 So, Trump signed an executive order that would adversely affect Indian IT industry.

By doubling the minimum wage, Trump signaled an end to what was considered as a cost saving instrument by Indian IT firms. Well, their shares were already plummeted as in the near future, they may face hiccups in maintaining profit margins in the changed scenario. Of course, what Trump did was very well within his powers and was just keeping one more poll promise. Frankly, it is good to see someone to act on poll promises in one week. Back in India, forget the opposition; expectations of Bhakts from Narendra Modi has increased since Trump assumed charge in America.

It is often said that IT companies of India have become sweat shops. Many dissatisfied employees vent their ire on how their work was converted into higher profits by the management and they were paid less. Add to this complaint, the need to work in nights to suit to the time of the west. Well, how many left their jobs or could get better jobs (ignoring regular job transitions) is a question. On the other hand, if the evolution of IT industry in India is examined, though it existed before ’91, industry started growing only after economic reforms, when the license raj was removed. By mid-nineties IT firms were well on the path of growth. And the Y2K has provided a much needed starting boost. By the time new century knocked on the doors, though Y2K has largely remained a hoax, Indian IT firms have become global firms.

From the state of living unemployed in eighties (basically because the industry growth was less than expected), electronics engineers started getting handsome salaries. To provide sufficient manpower, new engineering colleges sprung up, though mostly owned by influent politicians. To cope with the demand, IT Sector recruited people from manufacturing and average salaries grew, forcing the manufacturing to follow suit. Better incomes increased the spending power (even if the people directly employed in IT were a miniscule of total population) expanding the gambit of growth to other sectors ranging from real estate to infrastructure.

However, the USP of the IT industry remained out sourcing i.e., to provide skilled engineers who were cheaper than their American counterparts! Well, sometimes, newbies were sent to the site and expected to learn and do the job. Those are the exact target of Trump. For Indian engineers, getting paid in dollars (while the basic salary in Rupees is simultaneously paid) and experiencing the life in advanced countries was a bonus. For the companies (both US & Indian), the cost of an Indian engineer was less and the entire process was cost-effective. Now, Trumpy boy destabilised the wheel that was well oiled.

How this could affect Indian IT firms in particular and India at large?

First, if one looks at the figure of $132,000 per annum salary, it is not too high for many Indian engineers who are sent to work in the US. And the earlier figure of $68,000 was fixed in 1989, well before Indian IT revolution started, but never that figure could hamper the progress. So, to a large extent, the effect is blunted at the root itself. Yet, this new figure would be quoted, used and abused by Indian firms.

First, Indian engineers who were not so good at their jobs would be the most affected. Now, they need to improve their capabilities (so that they are worth the new minimum salary declared by Trump) before seeking employment in the States. To be frank, this is not going to happen. If they could improve, they would’ve already improved. Isn’t it? So, in all probability, their pay scale would be downgraded, if Indian firms decide to pay the higher salary to the ‘high-skilled’ ones who would be employed on shore.

Of course, in six months to one year, it would be clear whether there are American engineers to fill the newly created vacancies in their own country. If Trump could not find sufficient number of domestic engineers, perhaps he would be again forced to change his policy rather than letting the industry to suffer.

For Indian IT firms, this gives a reason to distribute pink slips freely. Though a good portion of these job losses would be purely on account of performance, these firms will retain ‘performing’ employees in the hope of things changing. After all, the man count needs to be full filled at American sites and even Trump cannot create skilled manpower overnight!
By the end of the year, the profit margins of Indian firms would be squeezed and some companies will try to look for new customers instead of the Uncle Sam. However, good organisations try to become lean and efficient. New ways of handling work from remote sites would be explored. Though nowadays work is done round the clock with various back offices in several countries, core research projects would be the most affected.

As already major American firms that are involved in developing technology have offices in India, in all probability, these offices would be assuming increasing significance. Perhaps, this may change the identity of these firms from being purely American, but for the business to grow this is one requirement. This in a way, would help increasing quality of Indian firms. Independent of American firms Indian firms may start developing themselves.
Small IT firms that were handling sub contracts of major firms would start scouting for local customers. Automation of Indian industries – small ones would be increasing, making them efficient.

So, increased cost of H1B visa by Trump may not necessarily lead to chaos in Indian IT industry. However, it depends on how each firm would choose to respond to the new challenge, especially to those who does business only with US.

Part -1: What media is not telling you about the Muslim ban in USA?