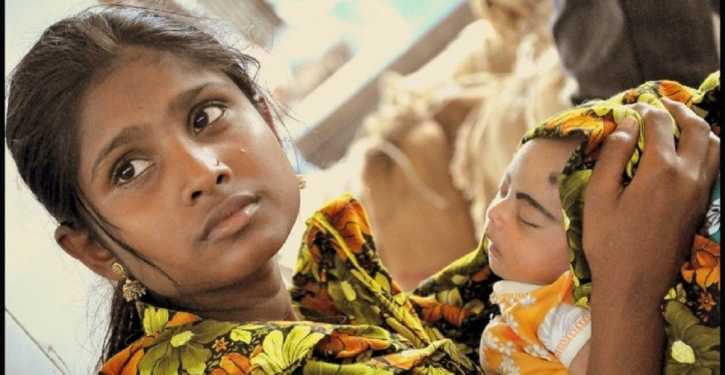 “Bangladesh Just Legally Reduced The Minimum Age Of Marriage for women To Zero.”

Well, the law specifically doesn’t say that, however, technically the amended law can be interpreted so, as it permits young girls under the age of 18 to get married in ‘special cases’. But the law didn’t reduce the age to 16 or 15, it did away with it altogether.

Countries like Singapore, Hong Kong, Philippines has the legal marriageable age as 21 years for both genders, in China, it is 22 for Men and 20 for women.

In India, the marriageable age legally is 18 years for women and 21 years for men. However, this marriageable age is only for Hindus (Hindu, Jain, Sikhs, and Buddhist). Muslims have their personal law. According to Muslim personal law, a Muslim girl can marry when she is over 15 years or after she attains puberty.

In Pakistan, the legal age of marriage for women is 16 and for men, it is 18 years.

While the “Liberal” ideologues work incessantly towards the “free sex” movement which doesn’t specifically argue against girls or boys below the legal marriageable age indulging in sex. It doesn’t demand to raise the marriageable age from 18 for girls either.

Urban educated society and the government too is “promoting” the idea of educating women, giving them higher education, women working and contributing to the labor force but marriageable age remains 18 for Hindu girls.

If, marriageable age for girls is increased to 21- usually the age at which one completes the bachelor’s degree, following the example of countries like Singapore, Hong Kong etc and make it common for both the genders, to some extent, it will, to an extent, curb the early marriage of women, cases of parents ‘forcing’ women to get married can be curbed too as it will be illegal, thus making it easy for women to pursue higher education.

But, these are practical steps and feminists will oppose such a law too if a politician ever suggests it; we might never know if my thoughtful guess on their reaction is right or not.