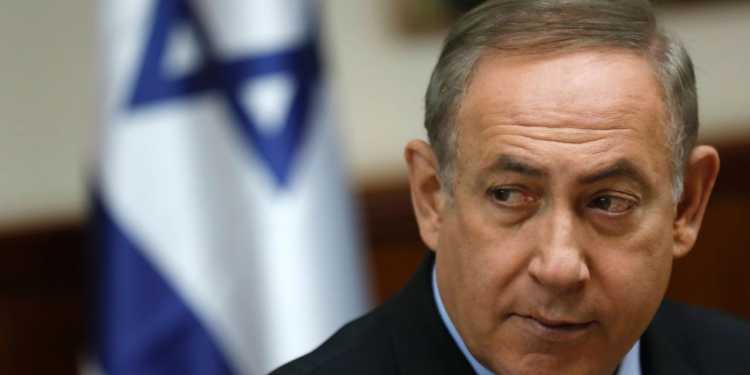 In September 2016 when Israeli Prime Minister Benjamin Netanyahu took the podium at United Nations General Assembly it was unusual, he did not praise United Nations but bashed it unlike any other political leader. He had his reasons to do so. In 2015, the UN’s general assembly passed 20 resolutions against Israel alone, and a grand total of three resolutions against all the other countries on the planet.

The UN Human Rights Council condemns Israel, the only democracy in Middle-East much more than all the countries of the world combined.

Israel has been repeatedly criticized severely by UN for the illegal occupation of Palestine. It was perfect opportunity for Israeli PM to reciprocate and he pulled some punches like that of boxer desperate to knock out his opponents.

Netanyahu defended his country against the accusations hurled by reminding how women are repeatedly raped, murdered, and sold into slavery around the world especially in Middle-Eastern nations. These nations in United Nations Human Rights Council have no authority to hold moral high ground as they have the worst human rights record in the world.

Netanyahu argued that Israel serves as a world leader and many nations in Asia and Africa identify themselves to be its allies in fighting terrorism. Not only this, Israeli companies have been developing revolutionary technologies in many sectors such as agriculture that aim to improve lives of destitute. Because of the selective bias and prejudice against Israel many nations don’t stand with it on the world platform but have covert relationship with it and India is no exception to that. However, Netanyahu’s speech failed to bulge UN from demonizing Israel and condemning other nations that violate human rights.

On 23 December 2016, United Nations Security Council Resolution 2334 was adopted by UN which deals with Israeli settlements. The resolution states that Israel’s settlement activity constitutes a “flagrant violation” of international law and Israel has “no legal validity” over them. It demands that Israel stop such activity and fulfill its obligations as an occupying power under the Fourth Geneva Convention. The resolution passed in a 14–0 vote. Four members with United Nations Security Council veto power, China, France, Russia, and the United Kingdom, voted for the resolution. The most shocking thing was USA’s abstention and failing to veto the resolution.

Many believed it to be the effect of deteriorating Obama-Netanyahu relationship.

For Israel the high-watermark of patience has crossed, it has announced to reduce its required payment of $ 11 million to the United Nations by $2 million. All UN member states have to pay a percentage of the United Nations’ regular budget, based on their GDP.

According to the UN Secretariat, Israel is expected to pay about 0.43 percent of the regular budget which is $11 million. Under Article 19 of the United Nation Charter, any country in arrears of its dues payments in an amount that exceeds the contributions due for two preceding years can lose its vote in the United Nations General Assembly. As of March 15, Libya, Sudan and Venezuela have been banned from voting because of arrears. Israel’s refusal to pay $2 million of its dues will put the country in arrears, but it is less likely that it would lose its vote in United Nations.

Obliging the demands of USA, the world organization’s largest contributor, the highest percentage that a country can pay to the UN regular budget was cut from 25% to 22%. USA is also seeking to make some cuts in funding to the United Nations for the UN peacekeeping missions that are financed through a separate budget. Israel and the United States often condemn what they see as UN bias against the Jewish state and an obsession with the Palestinian cause at the expense of other crises and human rights issues around the globe.

Israel is also critical of the constituents of the Human Rights Council whose members include Saudi Arabia, Egypt, China and Cuba which have the worst human rights record. According to Israeli foreign ministry, Israel will funnel the funds to the developing countries that will support it on international forums .This would help to buy back some influence in United Nations and world at large.

On March 20, 2017, U.S.A. announced that it will boycott an upcoming session of UNHRC that will discuss alleged Israeli human rights abuses against the Palestinians. Due to some countries it is a prerogative of prejudice that alleged Israeli human rights abuses must be discussed at every session of the council. The discussion takes place under Agenda 7 of UNHRC specifically. It’s the sheer hypocrisy of UN that Israel’s human rights violation is discussed regardless of what is happening in other countries in the Middle East or the rest of the world. The Jewish state is the only nation in the world to which Agenda Item 7 applies while alleged human rights abuses in all other countries are discussed under Agenda Item Four. The U.S. is also opposed to the discriminatory ‘Agenda Item Seven’ treatment to Israel.

Under President Trump the U.S. administration is reconsidering its participation in UNHRC.
Unless, United Nation abandons its selective biasing against Israel as it is the only country targeted by the council with a dedicated agenda, it’s less likely the objectives of UN would be achieved. In words of Prime Minister Netanyahu UN which began as a ‘moral force’ has degraded to a ‘moral farce’ today and he seems to be right on that.

America does a U turn on Syria, and this time for good