Have your Australian Dreams just been crushed? 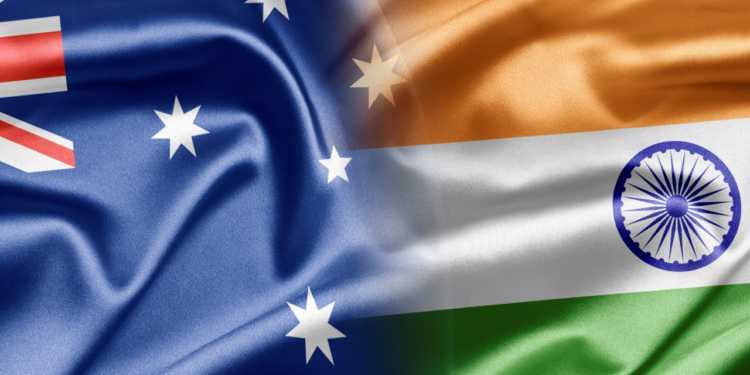 Last week globalisation was dealt a major blow which was already reeling from Brexit and the policies of the Trump administration. The decision to tweak the H-1B rules by the Trump administration in order to curb the influx of immigrants and as if on cue, Australia followed by scraping the 457 visa programme and New Zealand too wasn’t going to be left far behind by introducing a “Kiwi first” programme. Undoubtedly, this decision will hurt the Indian middle class the most. Over 85% of the H-1B visas issued in the information technology sector in the US goes to Indians. Indians also account for over 30% constituents of the now defunct 457 visa programme. The Gulf countries which happen to be the favoured destination for the lower middle class Indian seeking blue collar jobs is also following this trend. Saudi Arabia alone, has accounted for 33% jobs for Indians compared last year’s 50% drop. These series of events mark a worrying trend for India and poses a challenge for the central government which is already under pressure to restore normalcy in Kashmir. Its time that the Indian middle class realised that their American and Petrodollar dream has run its course.

Australia’s decision to scrap the 457 visa, which India is the single biggest beneficiary of, surprised many in India. The recent visit of the Australian PM Malcolm Turnbull was viewed as a sign of improving ties between the two countries. India besides from being the single largest beneficiary of the 457 visa, is also Australia’s fifth largest export market. Interestingly, while announcing the decision to scrap the visa, Turnbull repeated the rhetoric of “Australian Jobs for Australians” 16 times. Australian PM was eager to improve its two-way trade with India which currently stands at nearly A$ 20 billion during his visit to India. Its safe to assume that the decision to scrap 457 visa will hurt ties and the new trade pact between India and Australia will now hang in balance.

Apart from protecting its citizens abroad, the Modi government is heading into one of its most challenging years as it approaches its third anniversary. The Kashmir issue will haunt the government for the foreseeable future. The government should be bracing itself for tougher challenges. The curbs on immigrants, will lead to students returning from universities abroad with unpayable loans and most of them will fail to find quality higher education in India which they desire. It’s no secret that the higher education in India is in a mess. The truth is India lacks a university which can match the standards of Harvard, Oxford, Stanford etc.

To assuage the concerns, the government has already started finding new places for its students who wish to study abroad. Apart from being in talks with both USA and Australia to ease the curbs, India and France have agreed on a deal which would allow Indian students at Masters level or higher to extend their stay in France for two years. However, the government must take more steps in similar direction or else the government will be staring at a looming crisis. The rising costs of quality education which is still subpar as compared to the US and UK coupled with the lack of jobs to cover loans is potentially the biggest political challenge that stares at the ruling political class. The Modi government at present is predicted to comfortably retain power come 2019 but two years is a long time in politics and if the government fails to solve the looming crisis, its predicted victory in 2019 will be far from easy.

Perhaps India can take a leaf out of Japan’s textbook. While most of the countries are lagging in job creation, Japan astonishingly has over two jobs per applicant. Simply put, Japan has never looked back after the World War II. Indo-Japan ties have got a significant shot in the arm since PM Modi took over the reins in 2014. Japan has invested millions in India’s metro project and also pledged to help the country realise its metro dream. India too has steadfastly backed Japan in the South China Sea dispute, taking a stand against China, much to the bemusement of people on both the sides of the border. Japanese companies too are eager to hire Indian talent, last year Japanese companies hired 11 engineering students from a college in Mumbai and provided them with a starting salary of 35 lakh rupees. Inking pact with Japan over jobs and education and seeking help from them to create world class institutes won’t be a bad idea.

Funnily though, Australia and USA which are known as “immigrant countries” as they were founded and populated by immigrants , their decision to curb the influx of immigrants might prove to be counterproductive. There is a reason why Indians are hired in numbers. The single biggest factor being the hardwork. The amount of hard work Indians put in is simply unparalleled in the local market abroad combined with the superlative knowledge especially in the field of Computers and IT sector. It’s no surprise when the likes Sundar Pichai, Satya Nadella, Indra Nooyi to name a few are chosen to head world’s biggest companies. It begs to question what would happen if only India would manage to provide superlative education and jobs? Maybe, just maybe India might have their very own version of Google and Microsoft.

Jobs anywhere in the world should be based on merit and not nationality. It’s important that the likes of UK, US and Australia do not become a closed country, or else what would be the difference between us and North Korea.