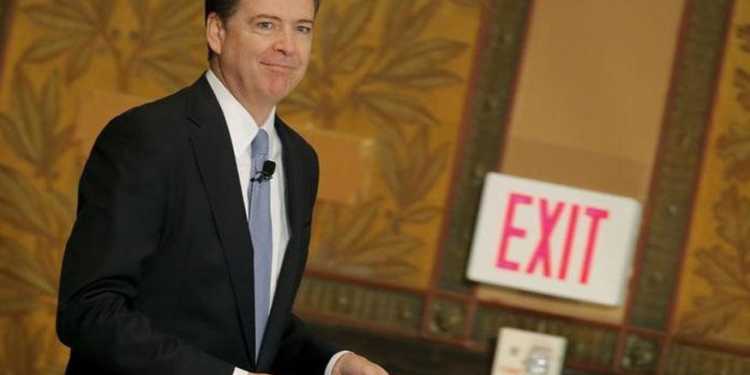 Two days back, US President Donald Trump fired the Director of FBI, James Comey starting a political storm of sorts in Washington. James Comey is the same man who released Hillary emails just a few days before the US elections, which is said to be a major reason for Hillary’s loss in the presidential elections. President Trump, at that time, had thrown heaps of praises on Comey and had said that it needed guts to take such a bold step.

Ironically, according to the Trump administration, this is exactly the reason that got him fired. The official reason given for removing Comey is his “mishandling” of the investigation of Hillary’s emails. In his letter to Comey, President Trump wrote: “While I greatly appreciate you informing me, on three separate occasions, that I am not under investigation, I nevertheless concur with the judgment of the Department of Justice that you are not able to effectively lead the bureau.”

“It is essential that we find new leadership for the FBI that restores public trust and confidence in its vital law enforcement mission.”

However, there’s more to it than what meets the eye. After Trump became the President, James Comey was given the responsibility to investigate the Russian meddling in the US elections and if Russians had any links with Donald Trump’s election team during the election process.

In May 2017, Comey even made a statement that the FBI had no doubts that the Russians tried to meddle with the US Presidential elections of 2016 and were behind the hacking of the Democratic National Committee.

On Tuesday, CNN released a report that said that a grand jury had started issuing subpoenas to Michael Flynn, the former national security advisor who was fired after the reports of his links with the Russian ambassador came to light.

If true, it meant that the FBI investigation has made some serious progress in investigating Trump ties with Russia and even identified a set of culprits. James Comey had reportedly even asked for extra resources last week to further investigate the Russian involvement.

All these facts cast a serious doubts on Trump ‘s  motive behind firing Comey and also on the independence of FBI’s investigation of the Russian connection going forward.

The whole incident has caused a huge uproar in the US politics, with Democrats demanding a special prosecutor to handle the Russian investigation. However, most of the Republicans have backed the President in his decision.

The Senate judiciary committee chairman, Chuck Grassley, even said “The handling of the Clinton email investigation is a clear example of how Comey’s decisions have called into question the trust and political independence of the FBI. The effectiveness of the FBI depends upon the public trust and confidence. Unfortunately, this has clearly been lost.”

This is vaguely similar to what the Supreme Court of India said about CBI being a caged parrot and acting under the influence of some politicians to keep a tab on their political rivals.

However, not all Republicans supported this action. Republican Justin Amash tweeted that he now supports an independent commission to investigate the Russia links to Mr. Trump.

Senator Jeff Flake also commented against the move, saying “I’ve spent the last several hours trying to find an acceptable rationale for the timing of Comey’s firing, I just can’t do it.”

Whatever the reason may be, the timing of this incident raises some valid questions:-

Whatever the reason may be, we know one thing for sure: – The game has just begun. A lot of things will unfold as the time progresses and hopefully we will get to know the truth soon.

Liberal Media was fiddling with facts, Israel PM Netanyahu destroyed them in a video message