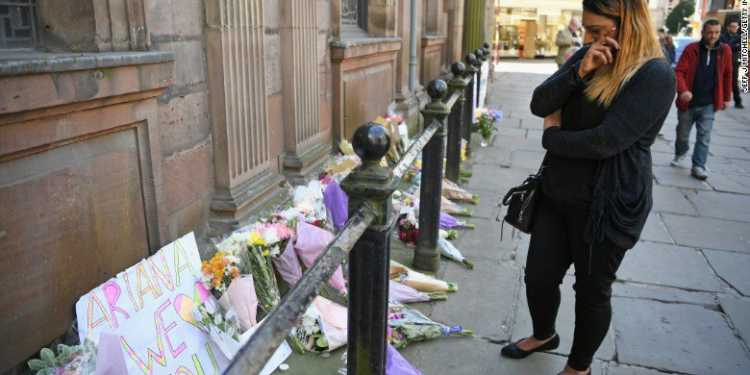 Manchester arena was rocked by a bomb blast at 10:33 PM (DST; UK), May 23, 2017 killing 22 and seriously wounding 59. Many of those killed or injured in the Manchester Attack were teenagers, children, or their mothers who were exiting the arena after enjoying the Ariana Grande concert and least expected to be the target of a suicide bomber. What followed however was on expected lines. Political leaders expressed their condemnation and promised solidarity and support. Left-leaning commentators talked about the need for solidarity and how this had nothing to do with religion or ideology and security pundits speculated about whether this was one of those lone-wolf attacks. We examine each of these assumptions and attempt to debunk them all.

The most common theory/method employed to make terror attacks look like regular criminal activities is the myth of the Lone Wolf.

Manchester Attack – The myth of the lone wolf:

Salman Abedi, the perpetrator of the Manchester attack was no “lone wolf”, (a reference to a single misguided individual, not affiliated to an ideology or organization, who mounts an attack on innocents).

This theory of the “lone wolf” is being given a quiet and quick burial and that is how it should be. It is time to make it fashionable once again to call a spade, a spade. Mouthing platitudes and condemning terror while sidestepping the key issues of indoctrination, ideology, and the doctrines of Jannat (Paradise) and Jihad will simply not do.

There is an ideology of terror and superiority of one religion/race that is being preached and youngsters indoctrinated and turned into killing machines that needs to be called out if this menace has to be contained if not wiped out. Maajid Nawaaz the founding chairman of the Quilliam foundation, a counter-extremism think tank and himself a reformed Islamist, author of the autobiographical bestseller “Radical” while speaking to Christian Amanpour of CNN highlighted how this myth of “lone-wolf” attacks has to be debunked. He pointed out how research has shown that terrorist attacks are rarely “lone-wolf” if at all.

Studies have shown that up to 80% of all terrorist attacks have Jihadi connections and/or affiliations that have led to the radicalization and indoctrination of the individual or individuals before these people get to the “point of operational capability”. He went on to add that these people “maybe self-starters” but they have come to this point after being under the sway of the insidious ideology of Islamism and Jihadism and therefore are never really “alone”.

He specifically identified three reasons for the perpetuation of the “lone wolf” theory:

Therefore the term “lone-wolf” is a misnomer and is used only as a convenient way to cover up intelligence lapses and political expediency. It is also an easy way to look the other way and not confront the uncomfortable truth of what is a very real, clear, and present danger – the rapid pace at which sections of the global Muslim community are being radicalized and indoctrinated. The fight is not against Muslims but against an ideology that if unchecked will spell doom for the world at large.

Why is it so difficult to acknowledge that there is a problem? Why is it acceptable to criticize Hinduism, Buddhism, Christianity, and Judaism but not OK to criticize Islam? Why is it so difficult to understand that criticizing Islam is NOT the same as victimizing Muslims? Let us examine this present case – As per the Telegraph, Salman Abedi was born in Manchester and not in an ISIS stronghold. He was a British citizen who did not think twice before taking the lives of his own countrymen. His parents fled to the UK to escape persecution under Gaddafi.

It is believed that Salman Abedi was radicalized recently and had returned from Libya only a few days ago – the irony of this shouldn’t be lost on anyone.

He worshipped in a mosque that had in the past been accused of raising funds for Jihadist causes. His parents had moved back to Libya in 2011 after Gaddafi’s death and Salman Abedi’s visits to Libya increased in frequency. The imam of the mosque called Abedi a “dangerous” man who showed him the “face of hate” and that he was not surprised that it had come to this pass. The question however is why did the imam who was so sure that Abedi was a “dangerous” man, not report him to the police and/or the authorities? Shouldn’t red flags have gone up within MI6 and the police department when they (by their own admission) knew about Abedi’s frequent visits to Libya? Shouldn’t he have been under closer scrutiny or better still placed under preventive arrest after he had returned from his latest trip to Libya?

The Telegraph in the same report quotes one Lina Ahmed, 21, as saying: “They are a Libyan family and they have been acting strangely. A couple of months ago he [Salman Abedi] was chanting the first kalma [Islamic prayer] really loudly in the street. He was chanting in Arabic”. The signs were there for all to see but none acted.

Clearly, there is an ideology that is turning young Muslims into violent Jihadists who are willing to die and slaughter in the name of this ideology – this ideology is the ideology of Islamism (Islamic militancy and fundamentalism) and needs to be called out for what it is and tackled on a war footing. Calling it out is not bigotry and does not in any way victimize Muslims and is certainly not an attack on Islam and if pointing to fundamentalism and bigotry in other religions is acceptable then so should this be as well.

Meaningless platitudes and calls for solidarity and support simply will not do. It is not all right to go back to our lives after a few candle light marches and all-night vigils at the site of the bombing(s). We can no longer pretend that this is normal and the odd terror attack in big cities is par for the course.

An examination of the timeline of terrorist attacks starting with the Charlie Hebdo massacre in 2015 through to yesterday’s Manchester bombings shows that an estimated 300 lives have been lost, and scores injured, disfigured or crippled for life across the EU. In each and every case the perpetrator was an Islamic Jihadi. Do we still want to say that these people were not driven by an ideology, that they were “self-starters”, “lone wolves”?

The SITE Intel Group which puts out security news with regard to Jihadist/Far-right and Far-left ideologies put out the following English language version of the ISIS which claimed responsibility for the Manchester bombing. The moot point here is not whether this was an ISIS sponsored bombing, rather what is important is to read the language used – specifically the reference to “Khilafah” (Caliphate), “Crusaders” meaning Christians, Mushrikins meaning “Idolators” calling the concert “shameless” and praying that Allah would visit more severe punishment on the “worshippers of the cross and their allies”

You can seal your borders, ban migration, pass all the laws you want but unless you take steps to prevent the spread of this pernicious ideology you will not be able to prevent another Manchester. All it requires is a fundamentalist Imam with a mic, or a crazed jihadi preacher with a broadband connection – This is the problem global leaders, security agencies, and law enforcement agencies have to address now.