Does anyone Cry For ISIS Terrorists? Well these people do, and their reasoning is as pointless as their existence 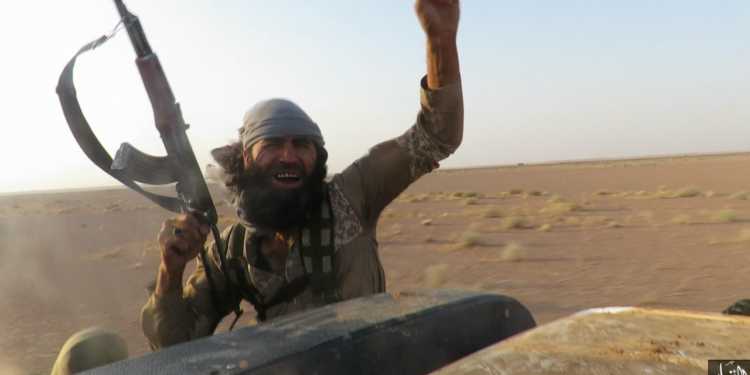 “ शठे शाठ्यं समाचरेत् l  -“Treat the wicked in his own wicked way.
Recently on social media there were clips doing rounds showing the Iraqi Solders tossing an ISIS fighter from top of a cliff in the recently (re)liberated city of Mosul. The body of a man who had apparently already been thrown to his death comes into the frame as the camera peers over the edge and the Iraqi soldiers begin shooting at it.

WARNING: THE FOLLOWING VIDEO CONTAINS DISTRESSING IMAGES THAT SOME VIEWERS MAY FIND UPSETTING

As expected this caused an uproar among humanitarian and liberals world over who as usual started with their ‘kadi ninda’ of what had just transpired before their eyes. Apparently ISIS terrorists used the same method of execution against homosexuals (just a reminder). Due to the uproar among various Human rights and Humanitarian aid groups Iraq’s interior ministry in its official statement said “if the video – purportedly filmed in recently-liberated Mosul – was genuine then the soldiers involved will be brought to justice.”

Human rights activists would argue that we are better than this kind of barbaric behavior and the Iraqi forces should have taken the moralistic high road.

This argument may sound good in the confines of their home while having dinner. Unfortunately the real world doesn’t work like this.

Iraqi bureaucracy is known to be notoriously corrupt. There have been innumerable instances where terrorists who were handed over to the judiciary by the security forces have managed to get out of prison by paying bribes to the concerned officials. These individuals then buy fake identities and reintegrate into society and it’s business as usual for them. Imagine the frustration of the soldiers involved. This has led the Iraqi forces to take matters into their own hands and dish out instant justice to ISIS fighters when and where they are caught. One might argue that what if these Kangaroo courts end up executing an innocent person? The harsh reality is that no war is without its share of collateral damage, specially a dirty war like this.

Some might argue that we should give these misguided youth an alternative. These people should be given a chance to reform and mend their ways. A terrorist can easily hoodwink the authorities by giving the right answers. People like Sohail Ahmad and Majid Nawaz are the exceptions.  The Office of the Director of National Intelligence  (USA) in 2016  released its biannual report on Guantanamo detainees who the intelligence community says are confirmed or suspected of re-engaging in terrorist activity after being released from the detention facility. According to the report the number of detainees suspected of returning to their old ways has doubled. It’s better to put down a rabid dog as soon as one can.

There is no measure of ‘reform.’ Many of these reformed terrorists integrate themselves into society and act as support units to armed terrorist. They help by doing reconnaissance, with storing equipment, for safe houses, for transport. Without the help and support of local sleeper cells, it’s impossible for the terrorists to strike. Militancy can’t take place in a region unless they have local support. A comprehensive study by the Rand Corporation published in 2010 point out that recidivism rates are neither the best metrics to judge success nor particularly reliable. More than often once released these individuals go back to their native villages, the very same place where they got radicalized in the first place. One has to be very strong in their beliefs to go back to his village and start saying that everyone is wrong.

The Geneva Conventions comprise four treaties, and three additional protocols, that establish the standards of international law for humanitarian treatment in war. Common Article 3 relates to non-international armed conflict states that the certain minimum rules of war apply to armed conflicts “where at least one Party is not a State”. ISIS doesn’t qualify as a non-state party. ISIS is an Arabic Salafi jihadist militant group and unrecognized proto-state that follows a fundamentalist, Wahhabi doctrine of Sunni Islam. Hence they are beyond the ambit of the Geneva Protocol.

One must never seek war but if war is thrust upon you, one must fight to win at all costs.  Hunt or be hunted. Choice is yours.

According to China, India has a Strategic Advantage Against Them