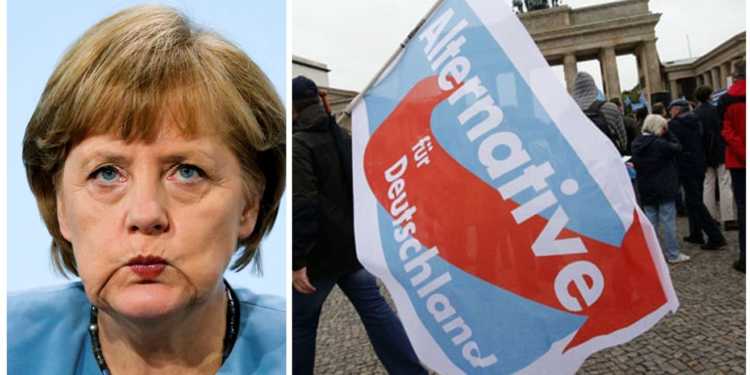 In the world of social media and internet, when the world is closer than ever and where the stupidest things such as the likes of “Bol na Aunty Aau kya” and Dhinchak Pooja suddenly become the talk of the country, very little has been talked about an international event which has potential to change the world politics in the future. This important event is the German elections which will be held on 24th September, i.e. the coming Sunday.

Unlike the US or the French elections which the entire world was waiting for with bated breath, the international community seems to be astonishingly uninterested or may be carefully abstaining themselves from talking about the German elections. There are no long discussions or big articles on the possible outcomes and its after-effects, no brouhaha over the statements made by the candidates, not even online trolling or memes related to the elections. That’s why it caught our attention and we decided to have to look at who the prominent candidates are and how will this election affect the world politics in years to come.

Germany is the strongest and most important country in the European Union and has become even more important since the last year when the US decided to slowly step back from the global arena. In such a scenario, the partnership between the European Union and the US is bound to deteriorate and Europe needs a powerful and a stable leader who can take the entire EU forward. Germany, with its robust economic growth and political stability over the years is expected to pick up this mantle from the US. So, a weak, indecisive and an unstable Germany will only add the existing woes of the EU which is also plagued with issues such as stagnant economy, ageing population, increased extremism and terror activities. On the other hand, a strong and stable Germany with a firm hand on the tiller will play a pivotal role in guiding Europe out of this mess accumulated over the last few years. And this all important decision will be made by the German voters on the coming Sunday when they go out to vote.

Now, having understood the importance of German elections, let’s take a quick look at the current political scenario in Germany.

This year’s fight is between Germany’s incumbent leader and the chancellor for last 12 years, Angela Merkel and Martin Schulz, the former head of the European Parliament. Merkel is a former research scientist with a doctorate in physical chemistry and is also the first female chancellor. On the contrary, Martin Schulz has a rather unusual background in German politics, where academic titles and educational achievements are very important and often decide careers. Schulz is a high school dropout who has openly discussed his struggles with alcohol addiction, but rose from there to become the mayor of his city for 12 years and latest, the head of the European Parliament from 2012 to 2017. Merkel’s party, Christian Democratic Union (CDU) along with Christian Social Union (CSU) failed to gain simple majority in the last elections and formed a coalition government with the Social Democratic Party (SDP) in 2013. But this year, the SDP fell out with CDU and has already nominated Martin Schulz as their candidate for the Chancellor.

According to all the exit polls, Merkel seems to be maintaining a comfortable lead over her opponent, but there’s a twist here. The new entry in this elections is going to be a right wing, populist Alternative for Germany (AFD) party which is known for its strong views against immigration, the EU and the Muslims. Interestingly, no far rightwing party has been able to send a single representative to the Bundestag (the lower house of German parliament) since 1961. But this is about to change this year since almost all the political surveys have predicted a surge in the vote percentage for AFD from 4% in 2013 to around 10% in 2017. The AFD’s support base generally resides in the East Germany with 18-22 % of people supporting AFD than in the country’s west. The East Germany which used to be a strong support base of the Left party switched sides to the AFD with 18-22 % of people supporting the AFD. So, the left wing ideology is slowly losing its hold in Germany too, this year likely to be the worst so far for them and is slowly and surely being replaced by the rightwing.

With AFD sure to gain significant ground in this year’s election, it may have to play the role of the King-Maker post the elections in case of a hung assembly, like in 2013. Angela Merkel’s CDU is a center-right party while the SDP leans towards the left. So, one would assume that CDU might be a natural choice for AFD considering that they have a lot in common as far as the ideology goes. But Merkel’s views on immigration and extremism is what AFD is strongly opposed to. In fact, Merkel’s decisions on immigration and extremism in the last few years have been the main reason of increase in AFD’s popularity.

Going with Merkel would mean a political suicide for AFD and they would lose a big chunk of their supporters in the coming years if they decide to go with her. On the other hand, they can’t go with SDP since their ideology could not be more different from the AFD’s. It will be interesting to see though, how things pan out for Germany in the coming weeks but one thing I can be certain is this Sunday’s election will have far-reaching effects on Europe and the world for years to come.