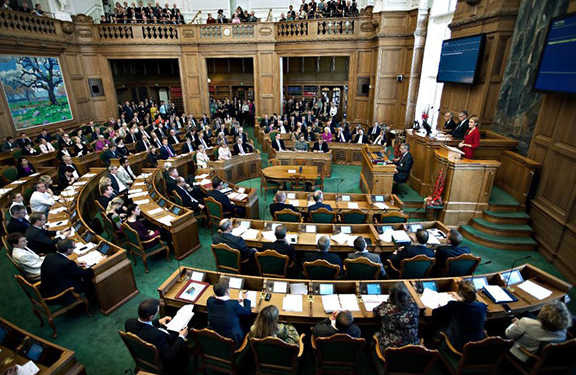 Finally, long debated issue of banning Burqa has come to an end with a consensus in Denmark’s parliament bringing all political parties to almost on a common page, where all parties collectively have planned to ban burqa. However, this ban is termed as a ban on masking rather than a ban on religious clothing as said by Jacob Ellemann Jensen, spokesperson for the Liberal Party, which is the largest party in the coalition government in Denmark.

Earlier, similar such bans on masking have taken place in other European countries like, Austria, France, and Belgium where France was the first country to ban it in year 2011.

However, people with contrary thoughts term this decision as been deliberately taken to target Muslim culture, since there is no ban on turban, scarfs, or kippas (traditional Jewish cap). However, the question remains. How a piece of cloth that covers a woman from top to bottom has any concern with devotion or culture? This is more like a glaring example of patriarchy where the men in the society set dressing rules for womenfolk.

In addition, hiding one’s face limits a person’s involvement and participation in society, by concealing the woman’s emotion. Not just the sense organs located on the human visage, viz. Eyes, Ears, Nose etc. but the entire face is a medium of communication and covering it has to be one of the most misogynistic practices that women can be subjected to.

Many people give a counter argument that even missionary nuns wears dress which is more or less similar to burqa, it too covers one’s body from head to toe, but what they miss in the entire argument is the keyword – Choice. One is not obliged to turn into a nun, being a nun is a choice but being a Muslim Woman is not.

If we look the entire issue from Denmark’s political perspective almost all the political parties voted for banning burqa in the Danish parliament, The three-party center-right minority government, its ally the Danish People’s Party and the main opposition Social Democrats have all said they are in favor of a ban. However, they are still discussing how legislature to ban can be enforced.

Denmark’s External affairs minister Anders Samuelsen categorically said in his Facebook post that Burqa is a symbol of extreme oppression which has been endorsed by unsympathetic interpretation of old writings. In addition, one should certainly come up to fight such ill practices, which hinders women’s liberty. (Source.)

Denmark’s liberal party is also known as classic liberal party for its balanced stance on almost every issue. They have been strong proponents of free trade, gender parity and they even often ended up on the losing side because of their openmindedness. Unlike, South Asian Countries’ liberal parties they don’t pander to certain religion or appease them, till date no liberal or so called secular party has stood against against Burqa in India hence the extent of minority appeasement is clearly visible.

Indian and most of South Asia’s liberal parties have strong biases and they refrain from constructive discussion and tend to get furious when questioned, which is quite ironical given they claim to represent the liberal side of the political spectrum.

A lot can be learned from Burqa Ban in Denmark, one such thing is that reasoning and Individual Liberty are over and above religious fanaticism and the latter can never be a test case for morality in any society nor should it be a guidebook. Another important one is that Indian liberals need to understand that liberalism does not work on selective targeting, selective outrage and shying Away from Real Issues. Liberals are supposed to be the flag-bearers of change and not the other way round.

Denmark has set an example for other countries to stop seeing and judging everything from religious lens but on the from the lens of rationality and modernity.