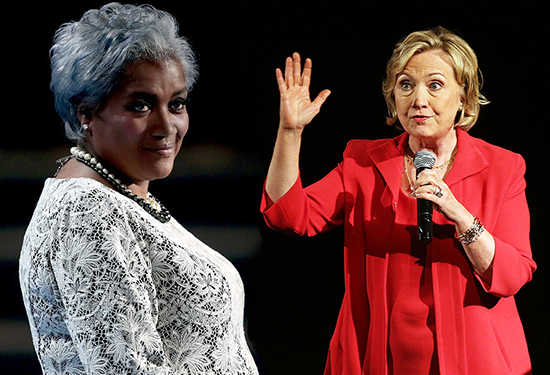 When I began watching ‘House of Cards’, I often wondered whether American politics was as cut-throat as the series made it out to be. In retrospect, when I think of how Bill Clinton watched the series and confirmed that it indeed was realistic, the former president most likely had his wife’s presidential bid in mind.

The Clinton campaign’s rigging of the primaries is a charge that was often levelled before, during and even after the elections. As is with most charges levelled against the Clintons, more than a year after it was levelled for the first time, credible and adequate evidence to back it up has surfaced. Mainstream media outlets such as CNN, which under the garb of neutrality have supported her and been apologists for her misdeeds, have maintained their characteristic silence. But as last year’s elections demonstrated, the mainstream political class and media aren’t taken as seriously as they used to be because they are out of touch with ground realities and they don’t necessarily have people’s best interest at heart.

After losing out to Barack Obama in the Democratic primaries in 2008, when Hillary decided to throw her hat in the ring once again eight years later, her campaign left nothing to chance. Knowing fully well that the backing of the entire globalist ecosystem, corporate America, the mainstream media, the academia, Hollywood and even sovereign countries was not enough, the campaign went the extra mile. The groundswell of support for fellow Democrat Bernie Sanders and a possible bid by the then vice-president Joe Biden, were major threats to the Hillary campaign. So, the campaign quite simply took control of the Democratic Party!

When Hillary decided to run for president, the Democratic party had significant debts. The party’s chair Debbie Wasserman Schultz’s incompetence at fundraising coupled with president Obama’s neglect, had taken the party’s financial health to the dumps. Hillary’s campaign struck a deal with the Democratic National Convention, which promised the party a steady flow of money to take care of the party’s debts in exchange for controlling the party’s strategy, finances, and all appointments. When a candidate wins the party’s nomination, their campaign begins to gradually control the party until the elections.

However, in this case, Hillary was controlling the party one year before she had officially won the nomination, at a time when the nomination could have gone anyone’s way!

So essentially, on the face of it, three candidates were fighting it out for the party’s nomination. At the same time, one of them was appointing every office bearer of the party, organizing every event of the party, penning every official press release of the party, and making the party’s budgets. As absurd as it may sound, this is equivalent to a political party doubling up as the election commission, or the election commission suddenly hitting the campaign trail to fight an election! To draw a parallel, the Democratic primaries were as fair as the elections of African strongmen, in which the ruling party often corners over ninety-five percent of the votes.

How the media turned a blind eye to such a glaring case of conflicting interests is nauseating, but nobody expects any better from them. Donna Brazile, the woman who exposed this nexus, now stands accused of being Vladmir Putin’s stooge. This is the typical hysterical script followed by Hillary Clinton and her cronies in the media- unable to defend themselves or discredit their accusers with anything substantial, they simply play the Russia card with no evidence whatsoever.

Anyone with an iota of knowledge about Donna Brazile would know how ridiculous it is to charge her of all people with the accusation of being Putin’s stooge.

Donna Brazile’s vitriolic hate for Donald Trump is perhaps unparalleled. So badly did she want Donald Trump defeated in the presidential elections that she leaked presidential debate questions to the Hillary campaign before the debate, since she was privy to them in her capacity as a political analyst at CNN. Upon being exposed she said, “If I had to do it all over again, I would know a hell of a lot more about cybersecurity.” How the Clintons have turned on someone who put her neck in the line for them because she has spoken the truth now, speaks volumes about their political model of opportunism. In fact, they have not denied the charges. Their response has been the same monotonous, hollow, baseless, unsubstantiated line: It’s Russia.

After losing, Hillary has blamed every possible factor apart from herself. She has claimed that America is still not ready for a woman president. She has claimed that Trump appealed to many because of their inherent racism. She has claimed that it was Russia who ensured her defeat. She has blamed James Comey for her defeat. She has even blamed president Barack Obama and Bernie Sanders for her defeat. Not once did she consider that she has serious corruption charges against herself, she has been royally incompetent at every post she has held in the past, she ran a terrible campaign, and her donations from large corporations and Saudi Arabia put her hypocrisy on display, making her the worst candidate in decades. I might be going out on a limb here, but perhaps these are the reasons she lost?

Most often, people forget who came second. Perhaps she is desperately attempting to get her name etched in history books by being the sorest loser of all times. One year on, just thinking about counting day last year brings a smile to my face. With a rigged primary, with the corporate world backing her, with the media and the academia and the entire globalist ecosystem acting like her poodles, with Hollywood’s unequivocal endorsement, with sovereign countries such as Saudi Arabia advancing millions of dollars of funding, with rigged debates, with the Obama administration’s refusal to investigate her, Hillary still lost.