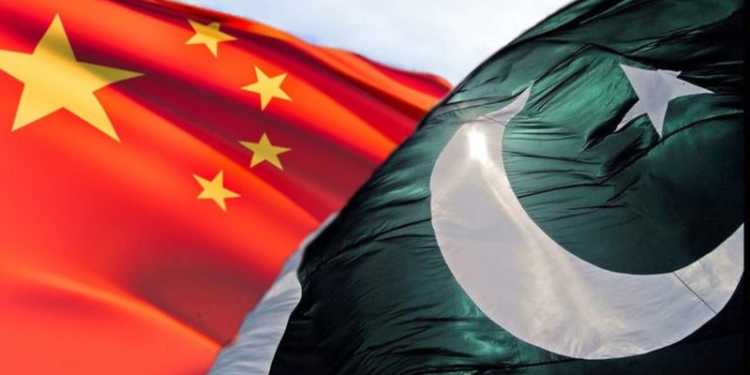 “The human body generates more bio-electricity than a 120-volt battery and over 25,000 BTU’s of body heat. Combined with a form of fusion, the machines had found all the energy they would ever need. There are fields – endless fields – where human beings are no longer born, we are grown. For the longest time I wouldn’t believe it, and then I saw the fields with my own eyes. Watched them liquefy the dead so they could be fed intravenously to the living.” …..

Not all of us can identify the quote above. Those who do, know that this is from the scene of “revelation “in the Movie series “Matrix “where captain Morpheus exposes Neo to the horrifying truth of their world. The matrix was about control, total, absolute control of the human civilization by the machines. The most remarkable part was that most humans were oblivious of their own exploitation, their own state of pathetic existence and continued to believe they live perfect lives in their perfect worlds.

Something very similar is happening in Pakistan, our poor, delusional, belligerent neighbour. Pakistan is slowly being pulled into colonisation, economic slavery and being reduced to a mere “battery” to provide sustenance to china and they haven’t even realised it. They are just calling it by a fancy name, the CPEC or The China Pakistan Economic Corridor.

In June 2017, Pakistan’s leading daily Dawn published a detailed report titled “CPEC master plan revealed. The report was as alarming as it was spectacular. It laid out in details how exactly China is penetrating each and every sector of Pakistani economy, infrastructure, agriculture, industry and culture. Pakistani officials continue to defend it, singing glory of China -Pak brotherhood and how their true friend is going to take them from poverty to prosperity through CPEC. The reality, however, paints a grim picture.

China’s investments in Pakistan have been unprecedented. From agricultural lands to enterprise, logistics to cold chain storages to textile manufacturing, household appliances to chemicals, ores and even fisheries and dairy. In addition, china has been building roads, ports (Gwadar) and railway networks to supplement the mega strategy.

The details of the various mega projects and investments are huge, and it is not possible to discuss them in a single article. But if one does go through them systematically, a significant pattern emerges. China is NOT doing Pakistan any favours. All the industries mentioned above are mainly to provide for the demands and deficiency of China’s western Xinjiang province.

The Kashgar prefecture comes under the larger Xinjiang Autonomous zone and due to its remote location and geography, business is hard to come. It has a poverty rate of 50%, Distance makes agriculture and industry difficult. Pakistan came as an answer.

The brilliant Chinese business model operates by first acquiring land, then bringing in Chinese manufacturing giants to build, Chinese workers to work and Chinese organizations to provide loan. They show some gimmicky gestures around, like subcontracting, providing “training” to locals and some petty jobs. But in the greater scheme of things, it’s only china that benefits and Pakistan gets exploited.

1.) Thousands of acres of fertile agricultural lands will be leased out to china for “demonstration projects ‘, from testing new seed varieties to irrigation techniques. Translation: our land,our crops you own nothing.

2.) A state of the art 24×7 monitoring and surveillance system will be built in all leading cities and highways for “security and Law & order”. Translation: we are watching you.

3.) A massive national fibre-optic system will be built not merely for internet demands but also for terrestrial broadcasting for greater” cultural and social dissemination “Translation: soft takeover culturally and socially.

4.) Market takeover of products ranging from agricultural produce to electronics to home appliances.

5.) Gwadar is being developed as a “port of exit “for minerals from Baluchistan and general entreport for wider trade in the greater Indian Ocean zone from South Africa to New Zealand. There is no mention of China’s external trade being routed through Gwadar.

These above points are merely the tip of the iceberg. From extending high interest loans to maneuvering Pakistan’s internal policies china has in recent months come to blatant arm twisting. Amidst growing dissatisfaction among locals and experts about how much the CPEC is going to cost Pakistan in the long term, Pakistan has tried to be more assertive of its own interests. Only to fail spectacularly again and again.

The first feeble attempt came with Pakistan’s refusal to allow the Diamer- Basha dam project in POK. Next one came when Pakistan refused to allow the Chinese currency Yuan to be the trading currency at the Gwadar port. China’s reply was swift and severe.

Unaccustomed to taking NO for an answer, China announced it would stop funding three key road projects in the CPEC. Neck deep in Chinese debt that Pakistan is, they had no other way but to give in.

On 19 December 2017, Pakistan’s Minister for planning and development Mr. Ahsan Iqbal announced to baffled watchers that Pakistan will now accept Yuan as the currency for China Pakistan bilateral trade, will treat it as equal to US dollars in foreign exchange and will extend it all the facilities that the USD has.

Pakistani newspaper The Express Tribune has quoted the CPEC Long Term Plan meeting held by officials of both nations, “

This will effectively make the yuan the second international currency that Pakistan will trade in, apart from the USD, which is the global reserve currency. Pakistan shall promote the construction of Gwadar Port Free Zone and explore RMB (Yuan) offshore financial business in Gwadar Free Zone.”

With more than 62 billion dollars of investments and a Fierce global push of the One Belt One Road Initiative of Chinese president Xi Jinping, the CPEC has become a colossal high stakes game for China. A game China cannot afford to lose. What more the CPEC is presently the only operational part of the OBOR. China is not known for letting go.

Pakistan was always a country designed to fail. Born out of pure hatred and selfish ambitions, the nation’s only major contribution to the world has been mass production of terrorism. Now that China is all set to harness money from the country, it just remains to be seen how fast it sinks.

How Sri Lanka’s Hambantota became a Colony of China

With India Right at the heart of it, The New World Order is here