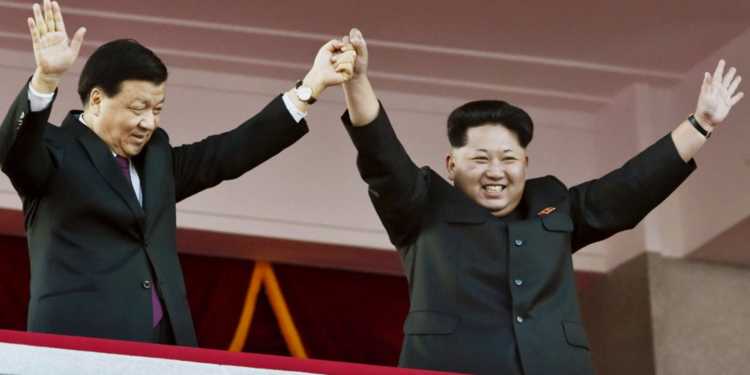 The nuclear ambitions of the North Korean dictator, Kim Jong-un are renowned worldwide and so are his unlawful means to achieve them. And China has been helping North Korea by clandestinely engaging in oil trade, in complete defiance of UN conventions!

This illicit relationship between China and North Korea has pushed a demand for global concern on such furtive trade deals leading to violation of the UN approved sanctions. According to the latest resolution 2375 of the United National Security Council, 30% of the oil provided to North Korea has to be reduced with an annual cap of 2 million barrels on gasoline, diesel and heavy fuel.

Regional authorities of the People’s Republic of China are known to fuel Kim Jong’s attempts of stockpiling fuel. This stock is garnered to be counted upon during the summer days ahead.

Now take a look at how the Chinese did the Smuggling? This could be a perfect Hollywood script.

The transportation of oil was (or still is) reportedly done via Hong Kong-registered ship Lighthouse Winmore, chartered by a Taiwanese company.

The involved groups helped Concerned Authorities to transport the oil in international waters.

The two ships (Other one being an an aging North Korean freighter used to meet in daylight in the middle of the East China Sea.

And an illicit high-seas exchange of Fuel took place

It left the US President fuming, who called it the violation of UNSC 2375 by Chinese authorities.

It is interesting to note that the Taiwan businessman involved in the illicit transportation firstly cited “unawareness” about the final destination of the vessel. Yesterday, he attempted suicide, albeit unsuccessfully!

While the USA is keen on halting the Korean missile and nuclear programmes, the Chinese investments in North Korea are troubling Trump administration. It is astonishing to gather that China sends almost half of its overall foreign aid to North Korea. This makes China the largest foreign direct investor in North Korea. Taking a note of the situation, several academicians and analysts have voted for alertness in the region. They argued that mere sanctions are inadequate to mar the Korean spirit in fulfilling its ambition. Unless the regional players voice against the escalation of such activities, it is tough to stop the romance between China and North Korea. The advice is worth noticing since the aids from China are the spine of the economy in the country ruled by a senseless dictator.

Since the information about different aids including oil, food and fuel, trade and FDI from Beijing to North Korea is in public domain, we need to understand the reasons pushing China to violate the UN sanctions. The acknowledgement of the dialogues between Chinese Communist Party and Workers’ Party of Korea points at a larger picture.

It is clear that the relationship is driven by the political objectives. Never in the history has China been a selfless friend to any of the countries in the world. This explains Jinping’s support to Kim Jong-Un ignoring the role, convention and sanctions imposed by the United Nations. The withdrawal of illegal aid to North Korea following the UN sanctions may lead to the regime collapse weakening China’s position in North Korea. The collapse will lead to the dissolution of the existing buffer between China and South Korea which hosts some 30,000 US marines. Further, it will lead to placement of American troops along the 880-mile Chinese border. In no case will Chinese authorities and the Chinese Communist Party can afford this trouble.

Not only this, Chinese aid to Kim regime will keep its stance intact in Northeast Asia’s security where it serves as the pivot element of the joint. All in all, all the involved players are playing their own games. Kim Jong-un intends to increase his nuclear and missile power to dominate the USA while China refuses to let go of its mighty stance in the neighbourhood and on the global map.