Are godfather Trump and consigliere Cohen in trouble this time? 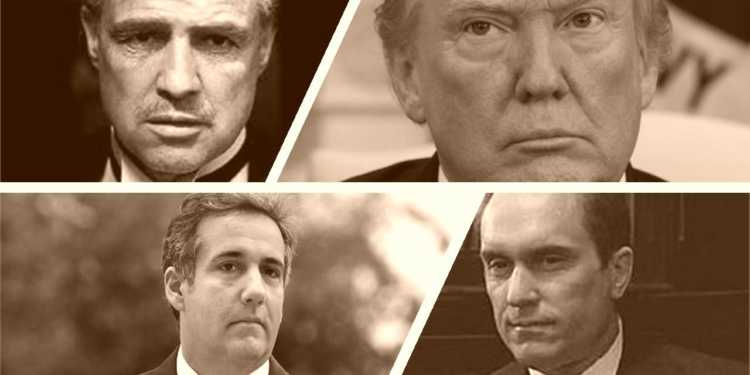 The raid was carried out by the U.S. Attorney’s Office for the Southern District of New York, rather than Mueller’s team. But in reality, it’s Mueller who is pulling the strings. Remember, he is the one who is investigating Russian interference in 2016 US Presidential elections. Robert Mueller was looking into a $150,000 donation to Trump’s charitable foundation from a Ukrainian billionaire that was solicited by Cohen during the 2016 Presidential campaign. He passed this information about Cohen to Deputy Attorney General Rod Rosenstein, who was put in charge of the Trump-Russia probe last year. As a result, Rosenstein referred the case to United States District Court for the Southern District of New York. By referring Cohen’s case to the Southern District of New York, Mueller tried to establish a buffer between him and the raid. In short, Robert Mueller outsourced the job as it would protect him from any mistake that might happen during the course of the investigation. But, on the bright side, he will achieve the same results that he would have got searching Cohen’s documents himself, something that might perhaps place Cohen in tough spot.

Cohen joined the Trump Organization in 2006, and eventually climbed up the ranks to become Trump’s personal lawyer. His disregard for rules and loyalty toward his client earned him the nickname “Tom”, which is a reference to Tom Hagen, the consigliere to Mafia Don Vito Corleone in Mario Puzo’s magnum opus The Godfather. The fictional character has some attributes that resemble Cohen’s. Just like Tom Hagen spent his childhood around organized crime, Cohen grew up on Long Island and spent his childhood around the Russian Mafia.

Morton Levine, Cohen’s uncle was a wealthy Brooklyn doctor who owned the El Caribe Country Club, a Brooklyn catering hall and event space that was a well-known hangout spot for Russian gangsters. Cohen and his siblings had stakes in the club, which rented for years to the first Mafia boss of Brighton Beach, Evsei Agron, along with his successors, Marat Balagula and Boris Nayfeld. However, after Trump’s election, Cohen gave up the ownership of the club and currently has no stake in it. Michael Cohen also once ran 260 yellow cabs with his Ukrainian-born partner, the “taxi king” Simon V. Garber, until their partnership hit a dead end in 2012. A private investigator named Glenn Simpson was independently hired to examine Trump’s Russia connections during the presidential campaign. He testified before the House Intelligence Committee that Cohen had a lot of connections to the former Soviet Union crime bosses. Not only this, Simpson accused Cohen of having associations with Russian organized criminals in New York and Florida.

Michael Cohen is a central character in two Russia-related cases that Mueller has been investigating, including negotiations to build a Trump Tower in Moscow that the Trump Organization undertook after Trump announced his candidacy for president. Shortly before Trump took office, Cohen also was working diligently on a Russia-friendly proposal for peace in Ukraine.

The investigation poses a legal threat and is a challenge to Cohen and possibly his client, Donald Trump. Only people who are closer to Trump and are in the inner circle have more knowledge than anyone else regarding the president and his election campaign. Michael Cohen, who is Trump’s “Tom Hagen” and one of the most trusted loyalists, knows where the dark secrets are buried if there are any. If investigators executing a lawful warrant seize evidence of any additional crimes, they may use that evidence against the perpetrators.

Thus, it would not be wrong to say that Trump and Cohen, with their catastrophically poor handling of the Stormy Daniels’ affair may have handed Mueller devastating evidence. In the past, Mueller has already used the threat of criminal prosecution as leverage to flip Michael Flynn, Rick Gates and George Papadopoulos. These onetime Trump loyalists are now cooperating with the investigators. Using leverage of this nature is a tried and tested tactics of federal prosecutors. If Mueller and his team get Cohen to show his back to the President, then chances are that ‘the Godfather’ would have far greater criminal exposure than he ever had before. In case, that happens one must not forget that it all started with a porn star.