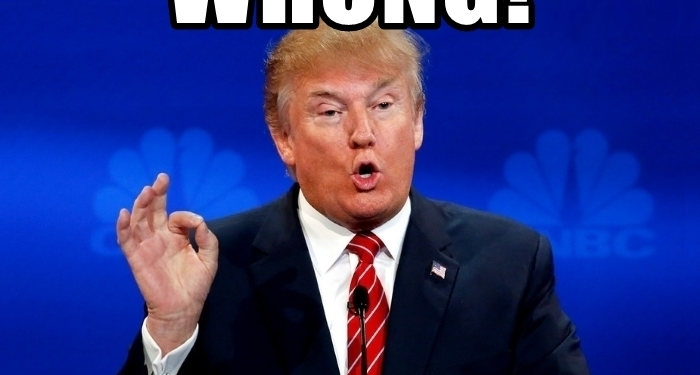 The American media outlets have given such a spin-off to one of President Trump’s statements that even Indian media outlets, infamous for twisting statements, would be put to shame. Several of the famous American media outlets have reported that President Trump has labeled the immigrants as ‘animals’. However, if one goes to the root of his statement and the context in which it was made, one would discover that the media has altogether twisted the statement and has given a totally different colour to the entire incident.

President Trump had held a meeting on illegal immigration at the White House earlier this week. During the meeting, Fresno County Sheriff Margaret Mims expressed her concerns regarding the handling of criminal immigrants by the federal government and made specific reference to the MS-13 gang members. President Trump gave an assuring reply and replied to the question stating, “You wouldn’t believe how bad these people are. These aren’t people, these are animals, and we’re taking them out of the country at a level and at a rate that’s never happened before.” Any rational person were to go through the question asked by Sheriff Margaret Mims and the answer given by President Trump, such person would without a doubt come to the conclusion that President Trump was referring to the MS-13 gang specifically.

The reality is that President Trump was referring to the MS-13 gang, first street gang to be declared an international criminal group. The group consists of convicted criminals who are infamous for machete killings. Many incidents of the most heinous crimes being committed by MS-13 gang have come to light. The gang has now spread both in terms of area affected by it and the total number of members. According to FBI, MS-13 has a presence in the U.S. for decades but worryingly the level of violence and activities rose sharply in the last two years. Authorities believe that in the recent months the gang has been on a killing spree. The gang commits crimes in the most brutal and inhumane manner. The adjective of ‘animals’ given by President Trump to the gang is not unjustified. In fact, it aptly describes the modus operandi of the gang, its nature and the characteristics of its members.

Just like the political opposition and news traders in India, it seems that the United States has a fair share of opposition leaders and activists who go to any extent for maligning and criticising the ruling dispensation. When it comes to political propaganda, they get so engrossed that they forget whom they are defending and the repercussions of their acts. House Democratic leader Nancy Pelosi, therefore, went on questioning President Trump about how he could call MS-13 gang members ‘animals’. Similarly, CNBC’s John Harwood saw ‘humanity’ in MS-13 gang. He opined that “however repugnant their actions, MS-13 gang members are human beings IMHO.”

It is thus clear that media-political nexus often guided by ideological agendas is not peculiar to India. Even fake news and media hit-jobs are a universal phenomenon and while a powerful media is necessary for a healthy democracy but where the media suffers from inherent biases, it is equally dangerous for the society.