US might withdraw from UNHRC and India should seriously think about doing the same. 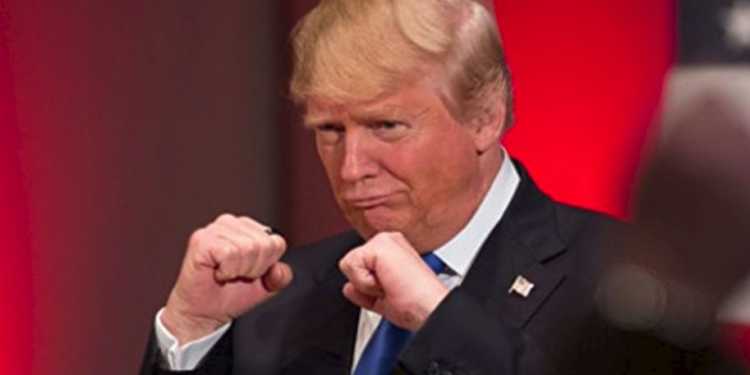 In a massive development, the United States is reportedly planning to pull out from the United Nations Human Right Council (UNHRC) after clashes over key issues such as Israel. According to a Reuters report, sources have disclosed that talks with the United States over how to reform the UNHRC have failed. Activists and diplomats are now suggesting that the Trump administration will quit the human rights body whose session is about to open on Monday. An anonymous US source has confirmed that the US withdrawal seems to be “imminent” but there are no further details. This comes as a huge shock for the rights council which will begin a three week session starting on Monday.

Other diplomatic sources have told the Reuters that the withdrawal was “not a question of if but of when.” Thus, the US is inevitably going to pull out of the controversial organisation, it remains to be seen when exactly the US announces this critical decision publicly. This single move is going to have a telling blow on the status and importance of UNHRC. US Ambassador to the UN, Nikki Haley, has clashed with the council over its treatment of Israel and has frequently voted against UN measures targeting Israel. Recently, the US and Australia were the only members voting against a proposal to investigate into alleged use of excessive force by Israel in Gaza.

In fact, Haley has been vocal in her criticism of the UNHRC. Last year, she came down severely on the council for its “chronic anti-Israel bias” and also threatened to leave. It seems that the threat was not without substance and the US is finally set to pull out of the biased organisation. In an op-ed for the Washington Post last year, she had exposed the defects with the council. She had stated, “When the council passes more than 70 resolutions against Israel, a country with a strong human rights record, and just seven resolutions against Iran, a country with an abysmal human rights record, you know something is seriously wrong.” This summed up the sad state of affairs as far the Human Rights Council is concerned. Highlighting absurdities and the need for reforms with the council, Haley had stated that it must be made easier to expel countries with poor human rights track record including specifically Venezuela, China and Saudi Arabia.

The US had re-joined the UNHRC under former president Obama after continuous boycott for three years under the Bush regime. It seems that president Trump has realised the futility of this organisation which thrives on inherent biases, pre-conceived notions and bigotry. Given how Israel has been frequently targeted by the UNHRC and how it has been hounding on specific members totally oblivion to the ground realities it is clear that UNHRC is irrelevant, prejudiced and useless to the core. UNHRC truly epitomises pseudo-liberalism and hypocrisy when it comes to human rights. While it lays excessive stress on particular agendas, it simply ignores what it does not find convenient.

India needs to follow in the footsteps of the United States as far as the prejudicial character of the UNHRC is concerned. How the UN body told India to protect journalist, Rana Ayyub from an alleged hate campaign without any objectionable substance and its “overly prejudiced” report alleging human rights violations in Kashmir go on to prove how the council operates with inherent prejudices towards India. It is now for India to take the UNHRC head on and pull out of the biased and bigoted organisation.