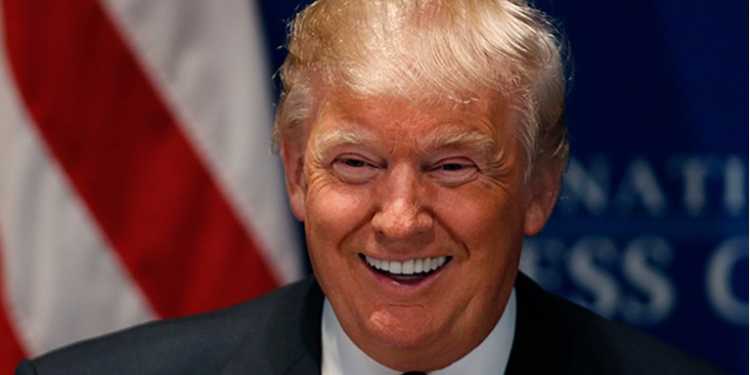 According to media reports, North Korea has destroyed several nuclear test sites.  If this is indeed true, US President Donald trump’s detractors can eat crow again. They undermined one of the greatest deals of our time just because of their political agenda. They actually wanted North Korea to go back on its word, but that’s not happening.

US President Donald Trump and North Korean leader Kim Jong Un had a high profile summit in Singapore on June 12. The summit saw the signing of a historic agreement between North Korea and the US, wherein North Korea agreed to denuclearize while the US agreed to suspend its military exercises with South Korea. The signing of this agreement was a huge blow to the liberal section of the media and politicians around the globe who had tried to project Trump as a failure and tyrant for trying to infuriate the North Korean dictator. The liberals from around the world were silently hoping for escalation of tensions between the two countries so that they could have thumped their chest once the war happened. Nothing went their way as Trump through his loud talks and aggressive stance forced Kim to settle for a peaceful solution to the impending crisis. Trump showed that he is a master negotiator and knows how to get the best out of every situation. Kim Jong Un had committed himself to ensure denuclearization of the Korean peninsula which is supposed to begin with Kim destroying its nuclear facilities, and it looks like the efforts from the North Korean leader have started to fulfill his promise. Trump on Thursday said that North Korea had already demolished four of its main nuclear testing sites keeping up with the agreement.

Trump said, “It’s been an incredible experience. The relationship is very good. They’ve stopped the sending of missiles including ballistic missiles, they’re destroying their engines sites, they’re blowing it up,” He went on to add, “They’ve already blown up one of their big test sites, in fact it was actually four of their big test sites, and the big thing is that it will be a total denuclearization, which is already starting to take place.”

The meeting between Trump and Kim was the first of its kind between any American President and dictator of North Korea. The eyes of the world were fixed on the meeting which was taking place in Singapore. The agreement which both the countries reached was phenomenal in nature as it had the potential to save the world from possibly a nuclear war. The entire global media establishments had tried to find a way to undermine Trump after the agreement was actually reached. Their contention was that since there was no set timeline for the aforementioned denuclearization to take place, Trump and US had been the real losers in the deal. They tried to show the agreements signed by both the countries as being harmful to the US interests as it curtailed the military exercises of US in South Korea. Their accusations have found an early grave by the statement given by Trump on Thursday. It will in fact silence them for a long, long time.

The media which had tried to downplay the agreement signed by US forgot that Trump still had the sanctions against North Korea which could be used as leverage when needed. This is a great story coming from the Asian continent in these disturbed times when wars are being fought around the world. Trump needs to be specially praised for doing what he believed in and getting the desired results.

India to open Chabahar port in Iran despite US threats