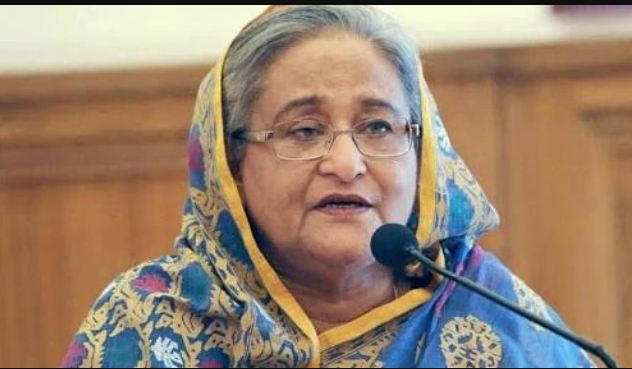 According to a report by The Economic Times, a source from Dhaka, Bangladesh, claimed that a scandalous assassination of the top brass of the ruling Awami League Party was plotted ahead of the recently concluded December 30 parliamentary election and might have been initiated from Pakistan. The Bangladeshi Prime Minister, Sheikh Hasina, and her family members along with top leaders of the party were in the hit list, the source further added.

The Bangladesh government along with its friendly neighbors has uncovered the alleged plan of the Pakistan’s Inter-Services Intelligence (ISI) to smuggle a hoard of arms to lead the operation ahead of polls. Lt. General Navid Moktar from the ISI is believed to have played a big role in the plot. Shockingly, apart from the ISI agents, several members of the Bangladesh Navy and Coast Guard were also involved, sources further claimed.

Not to forget that, Sheikh Hasina has an affinity toward India. For the third time consecutively, she bounced back to power with a ground breaking majority. Sheikh Hasina’s proximity and preference towards India is what drove Pakistan mad and in response the ‘safe haven of terrorist’ took this step.

Jamaat-e-Islami, a pro-Pakistan radical group of Bangladesh is speculated to be involved in it as well. “The plan was to assassinate PM Hasina and her family members and create mayhem. There were also plans to cause a blast in Dhaka from the ship through remote control,” another source claimed. Bing nostalgic about the 2004 ten truck arms smuggling case, the source added that a ship carrying AK-47s, carbines and grenades was planned to enter the Bangladesh port under the Greek flag; but the ship sank midway.

There were further allegations against Bangladesh Nationalist Party (BNP) leader Tarique Rahman, who is currently living in exile in London and Pakistani high commissioner in Bangladesh. Not only that, in 2004 arms smuggling case, a charge sheet was also filed against Rahman, underworld don Dawood Ibrahim and leader of a shady organization, United Liberation Front of Assam (ULFA), Paresh Baruah (allegedly based in China).

According to ET, ISI earlier tried to facilitate the return of pro-Pakistan BNP and radical Jamaat-e-Islami to power. Rahman was alleged to be the chief strategist it that as well. Report further suggests that finances were transferred through Rahman’s associates and Dubai-based agents of ISI.

Interestingly, Bangladeshi Prime Minister Sheikh Hasina is a close aid of India and time and again has extended her gratitude to the minority Hindu community living in Bangladesh. Sheikh Hasina has tried to curb the radical extremist organisations in the country and has tried to make her country go ahead on the road to progress. Her visit to India last year and her talks with PM Modi have ensured that India and Bangladesh have renewed their bilateral ties with gusto. Her talks with PM Modi included discussing strategies dealing with the Rohingya crisis and NRC draft.

While India has always extended its support to Bangladesh by providing them with energy and technological know-how to increase connectivity and to build infrastructure; Pakistan is busy in sending terrorists and aiding shady pro-Pakistani organisations through arms, ammunition and funds. It is another proof that Pakistan does not want peace in the neighborhood.