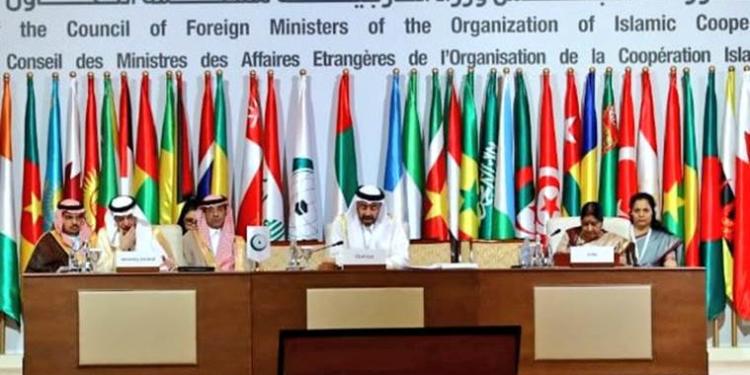 It seems that India’s offensive diplomacy has rattled the top-level Pakistan policymakers like never before. Yesterday, Pak foreign minister, Shah Mahmood Qureshi announced that he would not attend the foreign ministers’ meet of the Organisation of Islamic Countries (OIC) states. The OIC is an influential grouping of 57 Islamic countries. This announcement by him came after the external affairs minister, Sushma Swaraj was invited for an address during the inaugural plenary session of the meeting in Abu Dabi on March 1 as a guest of honour. Even though India is not a member country of the said organisation, the OIC had sent the invitation to India as a guest of honour.

Pakistan had already been internationally isolated after India’s diplomatic offensive following the Pulwama terror attack. After the OIC invite to India’s foreign minister, Sushma Swaraj, the terrorist country was desperate to get the invitation revoked. Qureshi had written to Dr. Yousef bin Ahmad Al-Othaimeen, Secretary General, OIC pleading that the invitation extended to India be cancelled. The Pak foreign minister had stated that he would be compelled to reconsider the decision of attending the meet if the invitation to his Indian counterpart, Sushma Swaraj was not reconsidered. However, Pakistan’s objection did not make much of a difference. The United Arab Emirates (UAE) came out in India’s support and strongly defended the invitation to invite India as a guest of honour during the foreign ministers’ meet.

Following the OIC snub, Pakistan foreign minister decided to skip the foreign ministers’ meet. This step was clearly suicidal. A frustrated Pakistan succumbed to the diplomatic pressure exerted by India. Its move of not attending the meet only because India’s external affair minister was invited for an address implied that Pakistan had melted down in an unprecedented and dramatic manner.

Pakistan is facing diplomatic isolation across the world. At a time, when no country except China seems to be interested in standing with the terrorist country, OIC was the last hope for the neighbouring country. Even a former member of the Pakistan parliament has expressed disappointment at this decision. She tweeted, “By boycotting the #OICSummit Pakistan has snubbed its biggest benefactors. The UAE & Saudi Arabia played an imp part in the de-escalation of recent post #PulwamaAttack tensions. They have bailed Pak out economically time & time again. Why are we isolating rselves (ourselves) internationally? (sic)”

It is clear that OIC was something that Pakistan could have counted upon during a crisis. In fact, OIC was the only country where Pakistan was able to rake up the issue of Kashmir constantly. The terrorist country is already facing a deep economic and diplomatic crisis. At such a time, Pakistan has ensured that it is totally aloof at an international level and India can directly take advantage of such a situation. However, it has lost out on a potential support system out of diplomatic frustration at a time when it needed it the most. The meltdown that Pakistan is going through has led to a historic suicidal step on the part of the terrorist country.