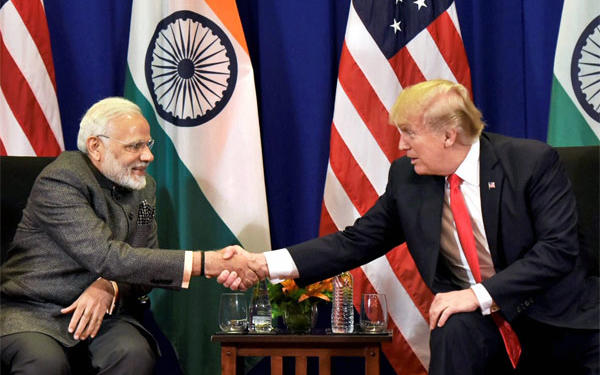 USA furthered its stance on maintaining strategic relations with India yesterday when it introduced key legislation that would designate the country as a non-member NATO ally if enacted. A bipartisan group of over half a dozen influential Republican and Democratic representatives reintroduced the legislation in the House of Representatives. If enacted, the designation would entail India to be treated as a non-member NATO ally for the purposes of the Arms Export Control Act.

The bill H.R. 2123 was introduced this week by Congressman Joe Wilson, a senior member of the House Foreign Affairs Committee. He said, “India is the world’s largest democracy, a pillar of stability in the region, and has shown strong commitments to export control policies. This adjustment to US law will further allow the US-India partnership to flourish in line with our security commitment to the Indo-Pacific region. I am grateful for the US-India Strategic Partnership Forum (USISPF), led by Mukesh Aghi, and their support for this legislation.”

The original co-sponsors of the legislation are Congressman Ami Bera, the longest-serving Indian-American in the US Congress and the House India Caucus Co-Chairs, along with Congressmen George Holding, Ted Yoho and Brad Sherman and Congresswoman Tulsi Gabbard.

Being a non-member NATO ally entails that countries which are not the members of the NATO will be able to access a lot of military and financial advantages otherwise not available to non-members. This proposed legislation is in furtherance to the National Defense Authorization Act (NDAA) of 2017 that designated India as a “Major Defence Partner” of the United States. Moreover, just last month the two countries had signed a nuclear deal which included building six US nuclear plants in the country. The major strategic developments indicate the advancement India and USA have seen since in their relations in the past 2 decades. Once seen on opposite ends during the Cold War, with the relationship marked with distrust over USA supporting Pakistan and India purporting to support USSR; the two democracies have now warmed up to each other with India one of the top buyers of US military hardware. India is seen as a major partner of the US in Asia, often getting more preference and support than USA’s ally, Pakistan; especially since the USA in 2017 downgraded Pakistan as an MNNA along with suspending $ 1.66 bn worth of military aid.

This welcome move comes a few days after a US House Armed Services Committee hearing, where Assistant Defence Secretary Randall Schriver deemed India’s decision to purchase the Russian S-400 air defence system as “an unfortunate decision”. He added, “We are very keen to see them (India) make an alternative choice… we’re working with them to provide potential alternatives.”

The legislation will now have to be passed by the Congress and the Senate before acquiring the President’s approval. Only then will the introduced legislation be deemed a law.

If deemed a non-member NATO ally, India will be involved in strategic working partnerships with NATO countries. The country would be a part of several counter-terrorism initiatives and will be allowed possession of War Reserve Stocks of US Department of Defense owned equipment that are kept outside of American military bases. Moreover, the country will be authorized to take loans and financing from US for the purchase or lease of defence equipment and receive space technology in an expedited and prioritized manner.