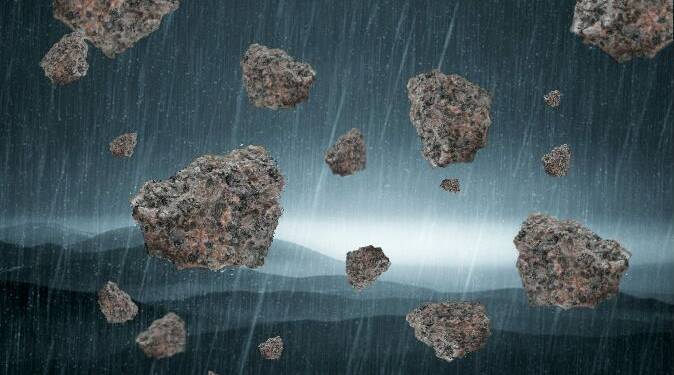 Harrisonville Ohio was founded in 1840, and named for William Henry Harrison, the winning candidate in the 1840 United States presidential election. A post office was established at Harrisonville in 1841, and remained in operation until 1964.

Harrisonville Ohio is referenced in the Netflix series “The Haunting of Hill House”, Season 1 Episode 9. The show referenced raining stones on the village in 1901.

The raining stones story has quite an interesting background.

One of the most well-famous cases of falling stones happened in Harrisonville, Ohio, in Oct. 1901. The Buffalo Express, a local newspaper, reported that on Oct. 13, “a small boulder came crashing through the window of Zach Dye’s house.” Nobody was seen in the surrounding area. But this was just the start. Within a few days, the whole town was afflicted by stones and boulders falling from a clear sky.

Bewildered as to where the stones were coming from, the townsfolk rounded up all the men and boys of Harrisonville to rule out the incident being caused by a gang of trouble-makers. The stones however continued to fall. Several days later, the rain of stones stopped just as abruptly as it had started.

So what caused the falling of stones in Harrisonville, Ohio.

Scientists have failed to find have a definitive answer for the strange phenomena of raining stones. Over the years, many theories have been proposed from ghost activity to aliens, gangs of stone-throwers, volcanoes, meteorites, tornadoes, and even an act of God. Joshua 10:11 which reads –  “the Lord cast down great stones from heaven upon them until Azekah, and they died”, is frequently used to explain the strange incident.

Harrisonville, Ohio is not the lone exception. On Nov. 23, 2013, thousands of small rocks fell from the sky over Sicily, Italy, which began after Mount Etna, an active volcano, spewed out pumice stones, dust, and ash into the sky.

Read More : Republican states put their weight behind Arizona and Texas to rein in the border crisis