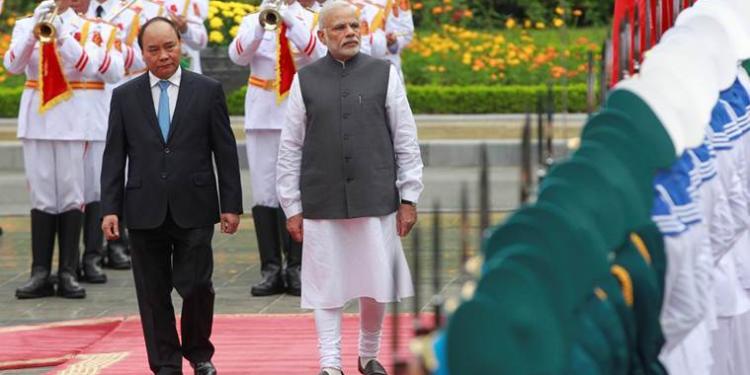 In what can be seen as a major shot in the arm for India and her strategic interests when it comes to relations with the Southeast Asian country of Vietnam, it has been reported that a direct flight between Kolkata and Vietnam is set to start from October 3 this year. The Vietnamese Ambassador to India, Pham Sanh Chau, said, “We, today, launched direct Indigo flights between Kolkata and Hanoi, that will be starting from October 3, this year. We have also launched an online platform for Indian travellers to apply for a visa on arrival.”

Another event which signifies strengthened ties between the two countries, Vietnam has reportedly reaffirmed its support for India’s bid for permanent membership at the United Nations Security Council (UNSC). It is relevant to mention here that Vietnam has been unanimously voted as a non-permanent member at the UNSC for the 2020-21 term. The Vietnamese Ambassador stated, “Vietnam has expressed its commitment to support fully India’s bid to become a permanent member of the UN Security Council. Previously also Vietnam has stated its support for India to become a UNSC permanent member once the council expands.” He added, “We look forward to working closely with India. India and Vietnam share a special relationship — we are also comprehensive strategic partners. For Vietnam, India is amongst the three countries which enjoy the highest status of the relationship.”

He also expressed pleasure at PM Modi’s landslide victory during the 2019 Lok Sabha polls and said, “We are very pleased to see that Prime Minister Narendra Modi was re-elected. Our leaders were among the first to send congratulatory messages to PM Narendra Modi on the counting day itself. We congratulate Prime Minister Narendra Modi on his success which shows that he has earned the confidence of the people of India. We are confident that relations will grow substantially.”

It must be noted that these positive signs reaffirming the strengthening of ties between the two countries have come at a very good time for India. Vietnam is rife with anti-China sentiments, given China’s bellicose attitude on the South China Sea dispute where Vietnam’s maritime interests are under threat too among other southeast Asian countries. Given the deepening ties with the nation, India seeks to channelize the popular sentiment against China into building a strong mutually beneficial relationship with the Southeast Asian country. Some strategic analysts see Vietnam as a part of India’s attempts to contain China, just as China uses Pakistan as a tool to contain India. For India, the growing nation appears to be a very natural and obvious choice, when it comes to effectively countering the Chinese strategy of encircling the country with military bases in the Indian Ocean. It will be in India’s interests that Vietnam exercises control over its part of the South China Sea as it is believed to be rich in oil and natural gas deposits.

Over the recent past, especially since the Modi government came to power for the first time in 2014, India has made it a point to deepen its relations with Vietnam. This is also in line with the ‘Act East Policy’ adopted by the current dispensation in India. Over the recent past, Modi government has sought to establish closer economic, defence and business ties with Vietnam. In 2016, the year PM Modi visited the country, India extended a $500 million line of credit to the Southeast Asian nation in order to bolster defence ties. In fact, India has emerged as one among the top ten trading partners of Vietnam indicating growing economic and business relations between the two countries. It is clear that the Modi government is not going to set back when it comes to the aggressive Chinese strategy of encircling India. In fact, the Modi government has made up its mind to effectively counter the diplomatic aggression shown by China and Vietnam has clearly emerged as a prominent puzzle piece in India’s diplomatic policy.