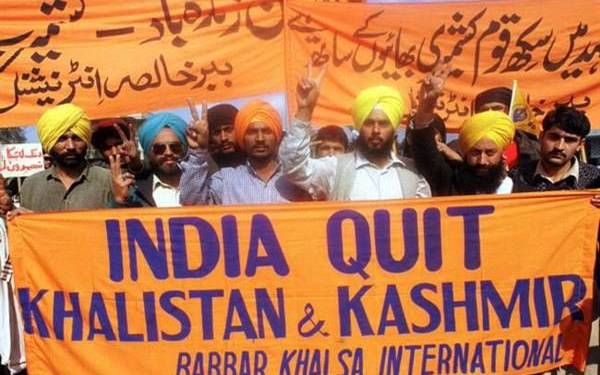 The Kartarpur Corridor has been a long standing demand of the Sikh community. Under the Modi government, this demand fructified when both India and Pakistan decided to begin the infrastructural development on their sides of the border. Kartarpur was the site where Guru Nanak Dev breathed his last after spending many years practicing agriculture.

Off late, Pakistan has been desperately trying to revive the Khalistani movement. What is shocking, however, is that they are planning to use the solemn corridor as a medium of indoctrination for pilgrims. Mirza Aslam Beg, Pakistan’s former Chief of Army Staff has remarked that Pakistan’s Army and government should create troubles for India through Khalistani movement, specifically using the corridor. Attacking PM Modi, Mirza Aslam Beg said that ‘jihad’ was the “only way to teach India a lesson”. He also said, “The Indian army at LoC cannot stop the jihadis.”

After the 1971 war drubbing, Zulfikar Ali Bhutto had assured his country that they will bleed India by a thousand cuts and that East Pakistan would be formed next to their border, in an indication of the upcoming Khalistan insurgency. Ever since, ISI has played a pivotal role in spreading disinformation and propaganda across Punjab and other countries of the world with high Sikh populations, Canada and UK being the top targets.

The remarks of the ex-army chief of Pakistan should be a matter of concern for us. After the announcement of the Kartarpur corridor, eminent personalities have opined that this could prove to be a dangerous route for indoctrination. After inauguration, countless pilgrims will be crossing over to Pakistan. In the absence of a stringent mechanism to prevent influence on them from the Pakistani side, the pilgrims would be directly exposed to ISI propaganda and disinformation campaigns.

Pakistan’s sudden found love for the Sikh community reeks of malicious intent. When a country, where minorities are persecuted daily, tries to show a particular community a sense of deep affection, it is an indication of the times to come. Pakistan is hell bent on winning over the confidence of the Sikhs, so as to accelerate their Referendum 2020 mission, however bogus it may be. The Khalistani movement is suddenly witnessing an upsurge, especially in the United Kingdom and Canada, the governments of which are doing next to nothing to put an end to the anti-India campaigns. It is hypocritical of Sikhs outside India to demand secession while remaining in their comfort zone. The Khalistani sentiment is next to minimal in India, owing to the fact that ISI propaganda cannot cross the LoC. However, the Kartarpur corridor will make it easier for Pakistan to influence pilgrims and fool them with utter nonsense and lies. The Indian government must ensure that no such attempts of Pakistan are rendered successful.

The Indian government had made it’s discomfort known to the Pakistani side by submitting a comprehensive 23 page dossier about pro-Khalistani activities that are resurfacing with the help of the Pakistani state. After a protest by India, Pakistan was forced to sack five Khalistan sympathizers from the Kartarpur panel. With barely two months left for the 550th birth anniversary of Guru Nank Devji and inauguration of the corridor from both sides, the Modi government must come up with a strict mechanism to fight Pakistani/Khalistani propaganda as soon as possible.