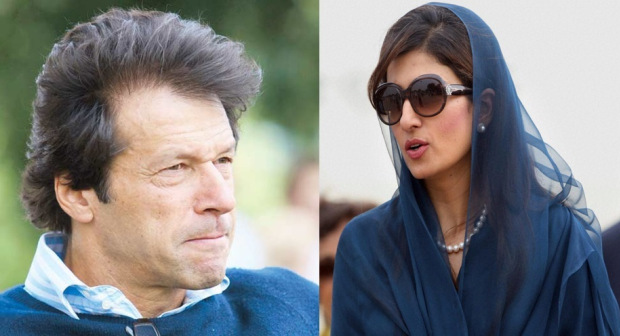 Even as Pakistan faces diplomatic isolation and ridicule following its awkward reactions after abrogation of Article 370 by India, an old video is going viral on social media, in which Hina Rabbani Khar, former Foreign Minister of Pakistan, can be seen exposing how Pakistan has been made into a laughing stock by the country’s Prime Minister, Imran Khan. At the outset, Khar slammed Khan for his absurd statement about World War II exposing his lack of knowledge of Geography and History.

In a video, which has gone viral on social media, she can be heard saying, “The PM went on at length to explain how Germany and Japan are neighbours and post World War II, in which they were in the same team, that’s what history tells us and Japan is in East Asia and Germany is in Europe but the PM says that they are neighbours. PM says they were adversaries. He is our prime minister. You make Pakistan a global laughing stock.”

However, she did not stop here and launched a stinging attack at the Pakistan PM for his outrageous and outlandish remarks in the recent past. Exposing the Prime Minister for his diplomatically embarrassing statements, Hina Rabbani Khar said, “We are worried for the country after seeing it continually become a laughing stock.” She added, “This is not funny anymore. You cannot play with the destiny of this country anymore.”

She made it clear that this was not sophisticated diplomacy. It must be noted that Imran Khan had made irresponsible and reckless remarks about Afghanistan. He had said that an interim government should be set up in Afghanistan in order to facilitate peace talks with Taliban. This was indeed serious interference with the internal affairs of Afghanistan.

However, Khan has clearly not learned any lessons. After the abrogation of Article 370 by India which was a purely internal matter of India, Pakistan government led by Khan left no stone unturned in trying to internationalise the Kashmir issue. Even though Pakistan gets continually snubbed yet it doesn’t bring about any seriousness in its foreign policy and diplomatic conduct. Till now, Imran Khan government faced massive international criticism, now it has stated facing domestic criticism as well for its irresponsible and erractic behaviour.