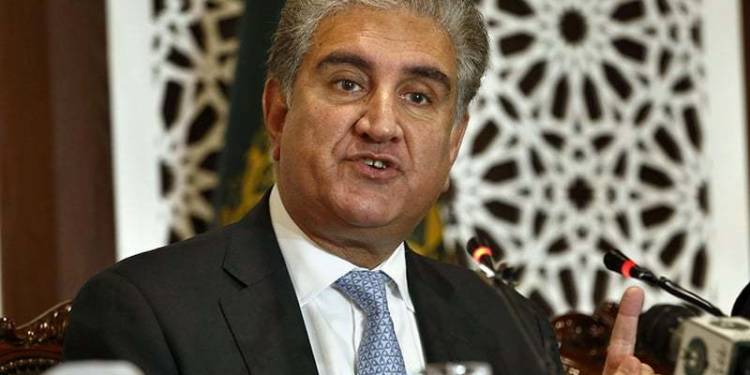 Ever since the abrogation of Article 370 in Kashmir, Pakistan Prime Minister Imran Khan has tried to drum up the issue internationally but to little avail. He has even gone on to threaten India with more ‘Pulwama-type’ terror attacks which is quite unbecoming of a country’s premier. He has on multiple occasions threatened nuclear war with India in a bid to internationalise the issue. However, Pakistan’s Foreign Minister Shah Mahmood Qureshi is singing a different tune and has said that Pakistan is ready for ‘conditional dialogue’ with India and went on to state that war is not an option to solve the Kashmir issue, directly contradicting his Prime Minister.

The state of affairs in Pakistan wear a gloomy look with rising inflation, deteriorating economy and rampant corruption forcing the government to take radical decisions like banning the provision of refreshments such as tea or biscuits during official meetings and even resort to selling buffaloes. At such a time when preventing Pakistan from defaulting should be the sole agenda of it’s Prime Minister, Imran Khan instead is busy in war-mongering knowing fully well that his cash strapped country cannot afford to go on a war with India.

Except for China, no other country has supported Pakistan in its endeavour to get Kashmir into the spotlight. Even the Organisation of Islamic Countries refused to be drawn into the diplomatic face-off, leaving Pak isolated. Pakistan on its part had approached the United Nations too but was rebuffed by its Secretary-General António Guterres who maintained that Kashmir is a bilateral issue. Prime Minister Modi dealt the final nail in the coffin for Pakistan, where after a meeting with PM Modi, Trump agreed that Kashmir is a bilateral issue and refused to mediate, thereby sending Pakistan into a state of panic.

While one Pakistan Minister went on to claim that war with India will begin in October-November, Qureshi seems to have read the situation correctly. Pakistan continued with its war mongering rhetoric, while India didn’t even budge once with MEA spokesperson Raveesh Kumar slamming Pakistan for its tactics.

Qureshi has repeatedly claimed that Pak should be under no illusion and even the OIC might not support Pakistan’s stance on Kashmir. What is glaring that Imran Khan has even failed to garner support in Pakistan for Kashmir and his call for ‘Kashmir Solidarity Hour’ has turned out to be a damp squib, with the traffic police having to resort to forcefully stop the traffic and one can see an agitated man asking what’s the point of stopping the people when “Modi to Upar Se Guzar Jaayega”. The opposition in Pakistan has chided Khan for his incompetence and is now worried about how to save Muzzafarabad(capital of PoK).

Imran Khan rode to power on his promise to create a ‘Naya Pakistan’ and get the country out of the economic depression but on the contrary, Pakistan’s economy has only worsened since he assumed power last year. He is losing his political capital in Pak and has no option but to resort to war mongering where the military calls the shots. Except for China, only the New York Times has allowed him a platform to spread his fake propaganda on Kashmir and his opinion piece in NYT smacks of desperation as he pleads to the world to turn their spotlight on Kashmir to help prevent a nuclear war between India and Pakistan. While Imran Khan is determined to continue to cry hoarse over Kashmir till his address in the United Nations General Assembly, the saner voices in his cabinet have realised the pitfalls of a full scale military conflict against India and are trying to strike a peace chord with India, who in turn have made it clear that dialogue cannot take place amidst Pak sponsored terrorism and talks will now only be held over Pakistan occupied Kashmir, a stinging rebuff to Pakistan’s propaganda.