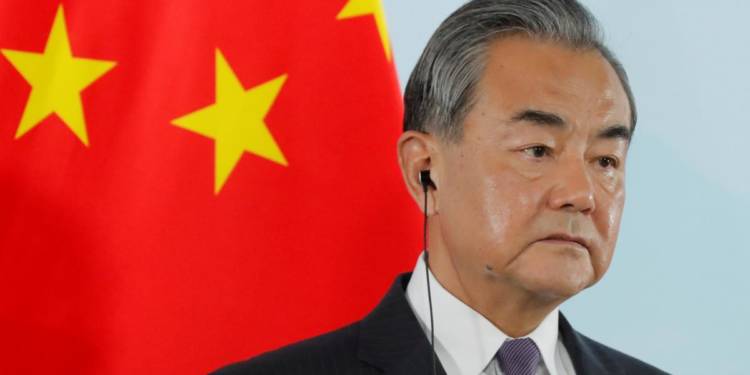 As per latest reports, China’s foreign minister, Wang Yi who was scheduled to visit India on September 9-10 for boundary talks with India’s National Security Advisor, Ajit Doval has cancelled his visit. Interestingly, he cancelled his visit to New Delhi after India rescheduled his visit for the boundary talks with NSA Doval. Wang is the special representative for the boundary talks with India. While there is no official confirmation, TOI reported that according to sources, it was the Government of India which sought a change in dates. Wang Yi was supposed to visit Delhi post his visit from Islamabad. India saw this as an attempt to interfere in the internal matter of the country and rescheduled its meeting with China.

The talks were scheduled last month during India’s Foreign Minister, S. Jaishankar’s visit to Beijing. During his visit, he had also apprised the Chinese side about India’s recent move on the state of Jammu & Kashmir whereby Article 370 was abrogated. Before this, India had also briefed Chinese diplomats in the country about the move on Kashmir.

It is pertinent to mention here that despite India briefing the Chinese diplomats about abrogation of Article 370 and even India’s Foreign Minister, S. Jaishankar apprising the Chinese side about the said move, China had approached Poland which held the UNSC presidency last month, to discuss the letter written by Pakistan on India’s move to apply the Indian Constitution in Jammu and Kashmir in full spirit. However, in the closed-door meeting, called out by China to discuss the said changes, India saw firm support from the USA and France, Russia was in favour of an open meeting but did not support the need to put out a public statement, while UK and China felt a public statement was needed. Therefore, Pakistan’s and China’s hopes were dashed during the informal UNSC meeting on the issue. Had China had its way during the meeting, it would have led to an open meeting followed by a formal statement from the UNSC. Even after being unsuccessful in making the Kashmir issue a formal one at the UNSC, the Chinese Ambassador, Zhang Yun, read out his country’s statement on India’s move regarding Kashmir and tried to masquerade it as the UN Security Council’s stand.

After the manner in which China took India’s Kashmir move to UNSC despite India apprising it on the abrogation of Article 370, clearly shows where China’s priorities lie. India’s interests or even mutual respect in Sino-India relations do not even feature in the list of China’s priorities. At such a time, India has made it clear that India is not going to take such inappropriate behaviour lightly. By rescheduling Wang’s visit as suggested by the latest reports even without mentioning any concrete reason, India has made its stand very clear. The country had shown diplomatic courtesy towards China but the latter failed to respond in an appropriate manner. Though there has been official silence, China’s inappropriate behaviour seems to be the reason behind the postponement of talks. Following India’s snub, Wang has cancelled his India visit which can be seen as a face-saving device on his part.

Meanwhile, the Pakistani media has given this development a major spin and has once again resorted to misleading propaganda. Radio Pakistan has claimed that China’s Foreign Minister has cancelled his visit to the country citing Human Rights violations in Jammu & Kashmir. The story published by Pakistan Radio also mentions imaginary “humiliation” for India on all international forums. Duniyanews, a leading Pakistani media outlet has also published fake news targeting India over this development. While India has taken a tough diplomatic stand, it seems that Pakistan and China are trying hard to give a twist to the actual narrative.

No Indian officials allowed, Sikhs should pay $20 to visit Kartarpur shrine – Pak has only 1 side and that’s pure evil