No Indian officials allowed, Sikhs should pay $20 to visit Kartarpur shrine – Pak has only 1 side and that’s pure evil 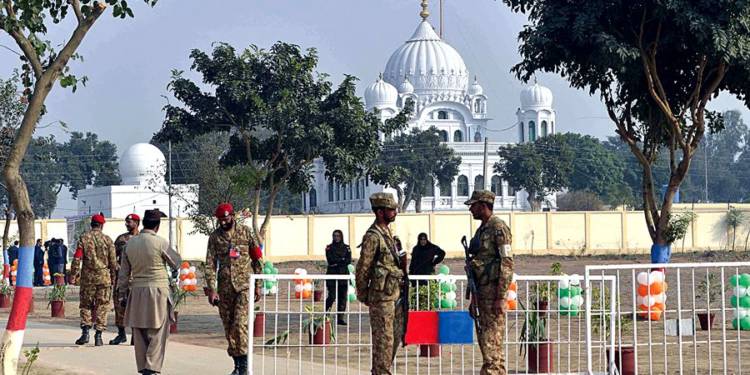 Another issue which has created a roadblock in the Kartarpur corridor agreement is Pakistan’s unwillingness to allow the presence of Indian Protocol or Consular officials at the Gurudwara premises. The issue of presence of Indian consular officials has come to assume a lot of importance given the reported activities of Khalistan proponents in Pakistan. This is not the first time that Pakistan’s nefarious designs to misuse the Kartarpur corridor for Khalistani propaganda have come to light. Earlier, India had objected to the inclusion of staunch Khalistan propagator, Gopal Singh Chawla, in the reconstituted Pakistan Sikh Gurdwara Parbandhak Committtee (PSGPC), along with some other similar elements. The organisation looks after the Sikh shrines in Pak. In a move which seems to have been a mere eyewash, Pakistan did remove Gopal Singh Chawla and some other pro-Khalistan elements from the PSGPC, but only to replace these staunch Khalistan supporters with another Khalistani leader Ameer Singh.

Pakistan’s strategy of misusing what is seemingly a peace initiative for promoting secessionism and terrorism does not come as a surprise. Pakistan has always pursued the policy of fuelling tensions in India and has also been guilty of promoting the extremist Kahlistani ideology in the past. At a time, when Pak is desperate following its failure to do anything about India’s recent move on Kashmir despite indulging in misleading propaganda and naive attempts to internationalise the entire issue, it might look to try and fuel tensions in the state of Punjab in India by reviving Khalistan terrorism. And Pakistan is not even subtle in its intentions now.

A few days ago, the former Pak Army chief, General Mirza Aslam Beg, went to the extent of openly declaring that Pakistan would use the Kartarpur corridor for Khalistan terror. He openly said, “Pakistan army and the government should create trouble for India through Khalistan movement.” Sikhs for Justice (SFJ), a US based body which is running a secessionist campaign to separate the state of Punjab from India reportedly at the behest of the ISI, had also called the Kartarpur corridor, a ‘bridge to Khalistan’.

In such circumstances, Pakistan’s act of signifying unwillingness towards the presence of Indian consular or protocol officials raises suspicion about its intentions. There can no reason why Pakistan should have any objection towards the presence of Indian officials, except for the apprehension that its nefarious designs of reviving Khalistan terror would be exposed if the Indian officials accompany the pilgirms. Pakistan is only escalating tensions by playing with the sentiments of the Sikh community of India.