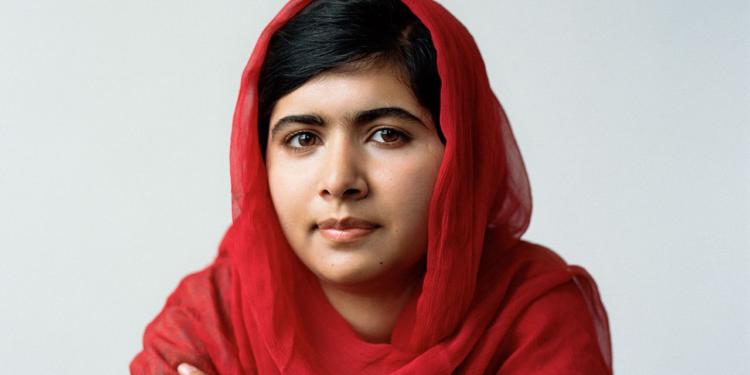 Nobel Prize laureate Malala Yousafzai, considered a fan-favorite of the liberals, is once again in the news, and this time for all the wrong reasons. Malala has posted a long Twitter thread singing her Kashmir Raag and her fake love for peace.

“In the last week, I’ve spent time speaking with people living and working in #Kashmir – journalists, human rights lawyers and students, I wanted to hear directly from the girls living in Kashmir. It took a lot of work from a lot of people to get their stories because of the communications blackout. Kashmiris are cut off from the world and unable to make their voices heard. #LetKashmirSpeak” she tweeted.

Apart from this, Malala has made absurd accusations on the Indian government and the Indian security forces deployed in Kashmir, saying, “I am deeply concerned about reports of 4,000 people, including children, arbitrarily arrested & jailed, about students who haven’t been able to attend school for more than 40 days, about girls who are afraid to leave their homes.” After this Malala asked the United Nations General Assembly to immediately interfere in this matter. The irony in her statements is that she is playing for the same country where terrorists shot her in the SWAT valley

I wanted to hear directly from girls living in Kashmir right now. It took a lot of work from a lot of people to get their stories because of the communications blackout. Kashmiris are cut off from the world and unable to make their voices heard. #LetKashmirSpeak

I am asking leaders, at #UNGA and beyond, to work towards peace in Kashmir, listen to Kashmiri voices and help children go safely back to school.

Malala Yousafzai lectures other countries on human rights and has also spoken up on the Kashmir issue following abrogation of Article 370, even though it is India’s internal issue. However, her hypocrisy stands exposed as the Nobel Peace Prize winner now seems oblivious towards human rights violations in Pakistan. She seems so distressed for Kashmir while shedding crocodile tears for the students and girls who are allegedly suffering, but when these atrocities are actually happening in the Balochistan province, she takes a convenient back-step and remains mum on the issue. When people in PoK are evicted from their homes and shot at the crossroads and when Hindu, Sikh girls are kidnapped to be forcibly converted in their own country, she again observes a steadfast silence.

Many users, especially Indians, on social media lambasted Malala for her double stance. One user drew attention to the continuous ceasefire violations by our notorious neighboring country saying, “Hey fake Nobel prize winner. Shelling from your army was done on schools in Kashmir and the Indian Army rescued 20 children from death. Are your strings handled both by the CIA and the ISI?”

Oye fake Nobel prize winner. Shelling from your army was done on schools in Kashmir and the Indian Army rescued 20 children from death. Are your strings handled both by the CIA and the ISI? https://t.co/YoCiCjE6GO

Another user reminded Malala of her stature, saying, “Dear @Malala, Being a Nobel winner you should have some basic neutral nature. While talking about Kashmir don’t think that Kashmir is part of Pak, think that 42000 people died there due Pak sponsored cross border terrorism. Ask your government to work on Balochistan, Sindh, POK.”

Dear @Malala ,
Being a Nobel winner you should have some basic neutral nature. While talking about Kashmir don't think that Kashmir is part of Pak, think that 42000people died there due Pak sponsored cross border terrorism. Ask your govn to work balooch, Sindh, POK. https://t.co/z9s2fnIfku

Indian Army’s retired Major Gaurav Arya, took to Twitter to slam Malala for her double-standards, “Malala uses her Nobel winner status to talk only about Kashmir. What about Hindu/Sikh girls getting forcibly converted in Pakistan? What about Baloch? Malala’s statements are simply to please Pak Army so that she can return home. @NobelPrize You have honoured a female Khomeini. [Iranian dictator].” he tweeted.

Well, it would not be a hyperbole to say that Malala is a moving figure of hypocrisy in itself. The way she shares knowledge on Kashmir while living in the UK and is reluctant to go to her homeland, it clearly shows how concerned she really is for women’s rights. In such a situation, her Kashmir rant is nothing but a sad joke, which should be condemned harshly. Yousafzai knows how sensitive the Kashmir issue is to Pakistan and that the politics there revolves around Kashmir.

It is a known fact who controls Pakistani politics. Although the capital and the seat of the government is situated in Islamabad, however, the real masters are located in Rawalpindi. Pakistan Army effectively controls the affairs of the country, especially defence and foreign policy. History has been a witness as to how no Pakistani politician has been able to survive defying the Pak Army line. Latest example is Imran Khan. There have been numerous instances where he had criticised and opposed Pakistani Army for its atrocities in Balochistan and elsewhere in Pakistan. However, prior to his election as the PM, Imran quickly realised that to have a real chance in Pakistani politics, he needed to toe the established Pakistan Army line.

Looks like, Malala is following the same steps. Her continuous rants on Kashmir and total silence on Balochistan is a clear indication of the times to come. It seems that Malala is trying to etch a path for her to step into Pakistani politics and what better than mocking and leveling false accusations against India and its security forces.

“CIA funded Jihad in Afghanistan”, Imran Khan’s damning allegation against the US