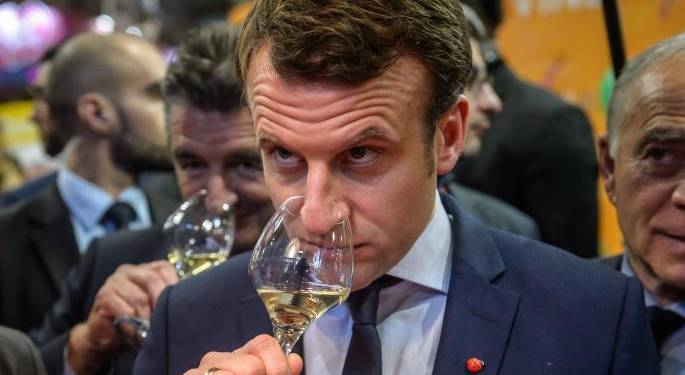 The liberal French President Emmanuel Macron on Wednesday changed his long-drawn stance on immigration when he said that France “cannot host everyone(immigrants)”. Speaking to French radio Europe 1 on the sidelines of the United Nations General Assembly summit in New York, Macron said, “In order to be able to welcome everyone decently, we shouldn’t be too attractive a country.” He went on to say that “France cannot host everyone if it wants to host people well.” Macron had already signaled a tougher line on immigration last week while speaking to his Party MP’s, arguing the government must stop voters drifting to the far-right owing to its “humanist” policy on asylum-seekers.

The successor of Francois Hollande, the Centrist president-elect came to the power riding on his tough negotiatory skills and his pro-immigration ideals. He had heavily praised German chancellor Angela Merkel’s open-door policy in 2017. The change in stance of Macron should not come as a surprise to anyone as even Merkel, the longest-serving leader in the European Union had to soften her stance on her immigration policies when put under the scanner. Merkel faced a strong backlash from German Interior Minister Horst Seehofer, who belongs to coalition partner Christian Social Union CSU which had been pressuring Merkel on her decision to keep open German borders to a mass influx of migrants, many from war-torn Syria, that led to more than one million arrivals.

It is interesting to note that Macron’s comments have come at a rather crucial time when the French parliament is set for a major debate next week on migration policy, with the lower house National Assembly discussing the issue on Monday and the Senate on Wednesday. The French president is wary of the far-right Rassemblement National (National Rally) party led by Ms. Marine Le Pen which is trying to cash-in on the anti-immigration sentiment of the people.

He warned his MPs that it was their only opponent on the ground. Last week Pen took a dig at Macron and his government saying, “If we carry on like that, two million will have entered legally by the end of his term of office, not to mention the countless illegal immigrants.” The European nation of France last year received a record number of asylum requests, up almost 23 percent compared to 2017 and a total of 255,956 migrants were given residency permits in France last year, up 3.4 percent compared with 2017. A further 123,625 made asylum claims, up 22.7 percent. Another staggering 100,000 EU citizens arrived to live in France.

Earlier, France and Germany had advocated the open-door policy without taking into consideration the serious repercussions it has on the country’s resources and its own native people, but the backtracking on the issue by both leaders shows that the illegal immigration is a major issue for a country whether its a developed nation of the EU or a developing nation like India. The stance that US president Donald Trump has kept on the issue is already out there for everyone to see. Macron said those who had entered France illegally needed to be moved away “much more efficiently”.

Terror strikes and violent crimes have become common and parts of Europe are now as unsafe as some streets in Asia and Africa. Meanwhile, the crime rates among these migrants are insanely high. Refugees committed more than 200,000 crimes in 2015 in Germany alone. The figure represents an 80% increase over 2014 and around 570 crimes committed by Refugees every day (Stats by Gatestone Institute, an international policy council). Muslims, who make up a large share of the current refugee surge in Europe are from war-stricken countries like Syria, Sudan etc.

Read more: Europe has a Large Heart and a Pea Sized Brain


Read more: Europe is sitting on a time bomb, but Europeans don’t care

A nation has the right to frame its own laws and policies regarding something as controversial as immigration and when the illegal migrants are turned away, it is not because the country or its policy-makers are being racists, xenophobic, bigots or hate mongers. It is because the country is not able to handle such a mass-influx of population and absorbing them means a definite spike in crime rate and strenuous pressure on healthcare, educational and other institutions. An example would be France’s healthcare programme for refugees which benefits some 300,000 people at an annual cost of almost a billion euros. If only France had shut its open-door policy much earlier, the exchequer would not have to bear the brunt of spending billions of dollars.