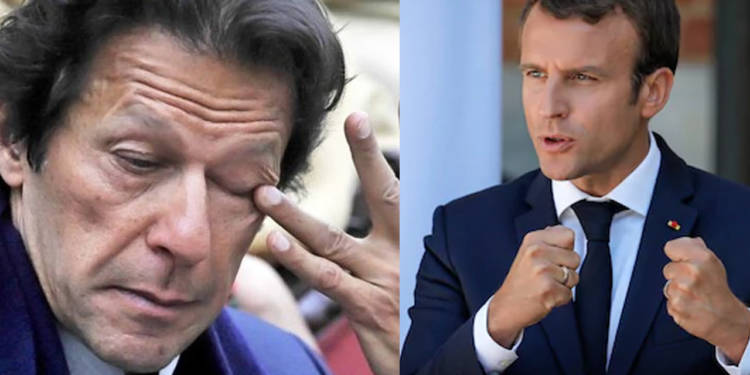 Indian diplomacy was at its finest best when it thwarted the attempts of Pakistan to spread its rhetoric and propaganda over Kashmir on the international stage. The Pakistani mission in Paris was pushing for a meeting of Pakistan occupied Kashmir (PoK) President Masood Khan at the National Assembly on September 24. The Pakistani Embassy in Paris wanted to conduct the event where Khan was invited as the Chief Guest and was supposed to address French legislators.

The obvious aim was to influence lawmakers with their anti-India narrative and garner support from them on the Kashmir issue. The moment the news broke out, India went on the offensive and launched a diplomatic initiative, where the Indian embassy issued a demarche to the French foreign ministry saying that such an invite will be infringement of India’s sovereignty because the entire region of Jammu and Kashmir including PoK is an integral part of India. The Indian diaspora, too, reached out to the Speaker of the National Assembly through emails and also to MPs on this matter. The French government instantly took note and debarred the PoK President from taking part in the event, which was then attended by Pakistani envoy Moin-ul-Haq. The meeting was a rather dud affair where mostly gathered were Pakistan’s own embassy staff with no significant French lawmakers attending the malicious and false propaganda peddling meet.

As far as India’s strategic partnerships are concerned, France, a major European power, has been one of the closest and most important allies India has ever had. Both nations share strong diplomatic relations as France has been a continuous source of support for India. France initiated the proposal that the United Nations Security Council (UNSC) should blacklist Jaish-e-Mohammad chief Masood Azhar in the wake of Pulwama attacks. Given the global stature of France and its permanent membership of United Nations Security Council, its support on abolition of Article 370 is crucial for India. France played a crucial role in blocking China’s efforts of internationalising the Kashmir issue in a closed-door informal session.

France and India also cooperate in counter-terrorism operations. Pakistan has been trying to internationalize the Kashmir issue since the abolition of Article 370. US President Donald Trump, who is well known for making irresponsible statements, had proposed to mediate on the Kashmir issue but the Indian government released a very strongly worded response to him. Quite opposite, the French President had said that he will ask Imran Khan to resolve the issue bilaterally. “I will also speak to Pakistan Prime Minister after a few days and tell him that the talks should be held bilaterally,” Macron had said earlier.

It must be noted that France is one of India’s most trusted allies. France and India have enjoyed close defence, economic, and cultural ties for decades. India is among the largest market for French defence exports. India had signed a Strategic Partnership Agreement with France in 1998 under former PM Atal Bihari Vajpayee. Both countries had also signed Civil Nuclear Agreement in 2008 and cooperation over counter-terrorism, urbanization, and defence grew over last few decades.

In the recent one month, Pakistan has already been embarrassed by its puppet-Prime Minister on the world stage so many times that one has lost count. He delivered a very feeble, desperate and helpless speech at the UNGA where he spoke for 50 minutes and yet found no takers for his Kashmir rhetoric. Trump called out Pakistani reporters and hailed PM Modi’s Howdy Modi event a big rousing success, all in front of Imran Khan. With French government barring Pakistan’s another antic, the misery continues to pile on Pakistan.