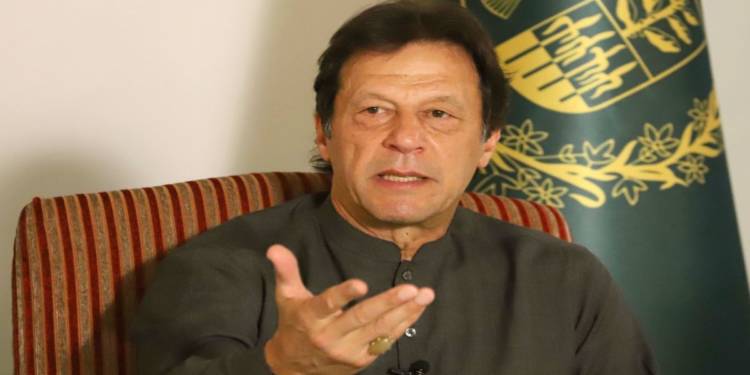 In what is likely to trigger a further crisis for the Islamic Republic of Pakistan, it has been reported that the terrorist country is all set to be put in the ‘dark grey’ list and face stern action by the international terror financing watchdog, Financial Action Task Force (FATF), which can be taken as the last warning for Pakistan to make amends. According to a TOI report, the officials attending the plenary session of the FATF believe that Pakistan will be isolated by all the countries for not doing enough to curtail the terror activities taking place on its soil.

A concerned official said that Pakistan has fared rather poorly, passing in only six out of 27 items. Thus, the country which is seen as the hotbed of cross border terrorism will in all likelihood face strong action by the Paris-based watchdog. It is also relevant to mention here that as per the FATF rules ‘dark grey’ is essentially an intermediate stage between ‘grey’ and ‘black’. Therefore, by being classified in the ‘dark grey’ category, Pakistan will move another step closer to being blacklisted by the international terror financing watchdog. It has already been greylisted by the FATF. Officials say that being put in the ‘dark grey’ list essentially amounts to the issuance of a strong warning to the effect that the country in question has been given one last opportunity to bring about necessary improvements.

#Breaking
Pakistan To Be Put On #FATF ‘Dark Grey’ list, Issuance Of Stern Warning Ahead Of Initiating Balcklist Process, To remain On The Grey List.

According to FATF rules there is one essential stage between Grey and Black List, referred to as Dark Grey. pic.twitter.com/9KRJ3dSrfZ

This development comes even as Pakistan was celebrating the fact that its all weather friend, China is currently heading the Paris-based watchdog and its “brotherly” allies- Turkey and Malaysia, are also members of the FATF. Pakistan certainly rejoiced the idea that these countries were most likely to vote against downgrading of Pakistan from ‘grey’ list to ‘black’ list. While it is unlikely that Pakistan will face blacklisting with China heading the Paris-based body, the fact that the country seems all set to move towards being put on the ‘dark grey’ list does not augur well for its economy. The fact that officials believe that Pakistan would be isolated by all countries attending the FATF Plenary Session would also to some extent make Pakistan realise that strategic alliances cannot always be used to circumvent the popular international opinion. Notwithstanding, the bilateral ties with Pakistan, the entire community of nations will eventually come together and inflict diplomatic costs on Pakistan.

With support from China, Malaysia and Turkey; Pakistan may not be blacklisted since only a minimum of three votes are required to prevent blacklisting at FATF but to get off the grey list, Pakistan would require the support of 15 nations which it does not have as of now.

It must be noted here that being put in the ‘dark grey’ list will spell further doom for the Pakistani economy as that would make it even more difficult for Pakistan to secure financial aid from the IMF, the World Bank and the European Union. Pakistan’s economy is already embroiled in a deep crisis with a huge debt crisis. Its economy stands on fragile ground with catastrophic performance at all fronts as manifested by high inflation, weak currency, low GDP growth, etc. In fact, the inflation in the country is rising faster than GDP growth which means per capita income of people in the current fiscal year is expected to fall. At a time, when Pakistan is clueless about how to revive its economy that is going through a virtual free fall, eventual blacklisting by FATF and denial of financial assistance from the international organisations will only lead to further weakening of the already debilitated Pakistani economy.