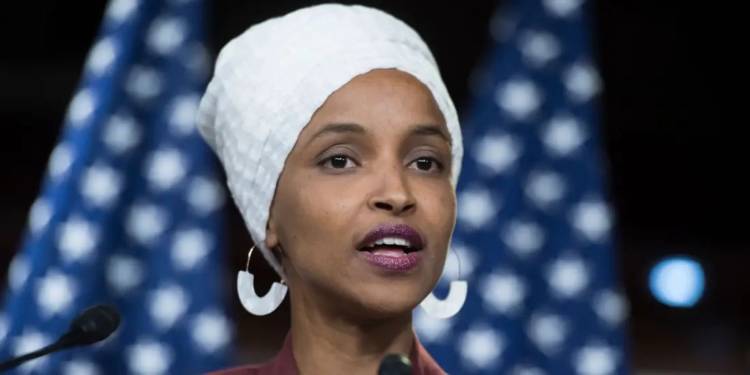 The Ottoman Empire was long considered to be the Caliph of Islam by Muslims across the world so much so that even India launched the ‘Khilafat Movement’ (thanks to Islamists like Maulana Abdul Kalam Azad) to preserve the authority of the Ottoman Empire as the Caliph of Islam when it became clear that the Turkish empire is set to lose the World War I. The First World War saw the Ottoman Empire butchering approximately 1.5 million Armenians between 1915-1923. The images of the holocaust to date send shivers down the spine and the world is now rightfully moving to term the butchering of Armenians at the hands of the Turkish as a ‘genocide’. The US Congress passed a resolution condemning Turkey of carrying out a genocide against the Armenians almost unanimously but one certain Congresswoman decided to vote against the resolution. Republican Ilhan Omar, the poster girl for liberals across the world showed her radical Islamic colours as she voted against terming the butchering of Armenians as a ‘genocide’ as it would show Islam in a poor light.

So @Ilhan opposes singling out Turkey’s Armenian Genocide in a political fight, but no acknowledgement of ethnic cleansing of Kashmiri Pandits on her timeline or during a hearing on “human rights in South Asia”. If it quacks like a Jihadi & votes like a Jihadi, it is a …? pic.twitter.com/osD49UcSTS

Ilhan Omar who was elected in 2017 to the House of Representatives from Minnesota on a Democrat ticket has achieved celebrity status and along with Rashida Tlaib is the first Muslim Congresswoman in the US history. Omar who originates from Somalia has always been controversial with reports about her marrying her biological brother to circumvent the US immigration process is fast gaining pace as the FBI is said to be looking keenly at Omar. Earlier this year, she termed the dastardly attacks of 9/11 as ‘some people doing something’ as her beloved Islamic brothers were at the front of killing hundreds of innocent civilians. She recently came under fire from her party thanks to her unflinching support to the terrorist group Hamas and her rabid attacks on Israel which have proved that she harbours anti-Semitic views. She along with Rashida propose the ‘one-nation’ solution to the Israel-Palestine conflict which effectively means the ceasing of Israel as a country.

Ilhan Omar has been under heavy fire since her decision to refuse to recognize the genocide of Armenian Christians by Muslim Turks and has resorted to whataboutery by claiming that the resolution lacks ‘academic consensus’ and then attempted to divert the discussion by claiming that the US is yet to recognise the genocide of the native Americans. She could have well laid her inhibitions against the bill after voting for it but the inherent radical Islamist inside her prevented her from doing so. Omar has the audacity to call out India on the alleged human rights violations in Kashmir and also directly sought to interfere in the matters of a sovereign nation by questioning the Assam NRC and claiming that the NRC mirrors the Rohingya genocide. Omar who has no qualms on recognising Myanmar’s crackdown on Rohingyas as ‘genocide’ even went as far as questioning whether PM Modi shares the American values.

Instead of questioning whether PM Modi shares American values or not, Omar would be better advised to condemn Turkey’s aggression in Syria if she had an iota of shame. Ilhan Omar who claims to be the champion of women rights conveniently ignores how Turkey-backed forces raped, tortured and stoned to death human rights activist Hervin Khalaf in Syria. The gut-wrenching video which has gone viral signifies the barbarity of Turkey-backed Jihadis and according to Amnesty International, a medical report shows a series of injuries inflicted on the female politician. The injuries include multiple gunshot wounds to the head, face and back, fractures in both the legs, face and skull, detachment of her skin from her skull and loss of hair due to being dragged by the hair. The so-called feminist Omar conveniently turned a blind eye to the unwarranted aggression by the Jihadist forces at a time when new details have emerged were a key ally of the Turkey President Erdogan donated $1,500 to Omar’s campaign. Omar and the activist, Halil Mutlu, were also photographed together at an event for the Turkish American Steering Committee (TASC), a U.S.-based nonprofit that has for years waged public relations campaigns in support of Turkish government policies and Turkish President Recep Tayyip Erdogan. Mutlu also happens to be Erdogan’s cousin and hence the claims of Omar being on the payrolls of Erdogan are indeed true.

However, more worryingly for the USA’s democratic fabric are Omar’s close ties to Qatar. The Qatari media are in overdrive and are leaving no stone unturned to position Omar as a ‘hero’ and have even defended her callous remarks on 9/11. Qatari media like Al Jazeera and the Middle East Eye have known to promote extremist ideologies with Al Jazeera providing a platform to Osama Bin Laden to wage Jihad against the Western countries and until recently, Al Jazeera carried a life-size and glamorous poster of Osama at their headquarters in Doha. While Middle East Eye has proven links to the terrorist group Hamas and often acts as an English-language front for Qatari-supported groups like the Muslim Brotherhood and Hamas. It is important to note that both the media outlets are state-owned and are known for their anti-Semitic content and have freely aired their opinions to abolish USA’s coldest ally Israel as a country. The question which arises here is why the Qatari media are worshipping a first-time Congresswoman? Of course, they are not doing out of pure love for the common Jihadi ideology but perhaps there’s an answer to this which the Americans do not want to hear. Omar can well be a foreign asset who is being nurtured by the Qatari Royal Family and Erdogan as Omar is using the liberal world’s freedoms & mechanisms to subvert American democracy from within.

What is more telling that as a Congresswoman instead of condemning media outlets which spread Islamist extremism, Omar often retweets their praises about her and often appears in an interview on the Qatari media outlets. It is baffling that how did the American electorate elect someone like Omar to the House of Representatives as there are growing concerns about her being an agent for the likes of Muslim Brotherhood to help them spread Islamic extremism. The appointment of any Islamist to decision-making seats in the USA is a threat to national security in the West. Omar and others like her are loyal to the Koran and not to the state. They are practising” Taqyia “to achieve their own goals. The rise of radical Islamists like Ilhan Omar are dangerous signs and the USA will be better off without the likes of Ilhan Omar.

Every PM saw the opportunity in the Gulf. But it was only PM Modi who turned it into reality