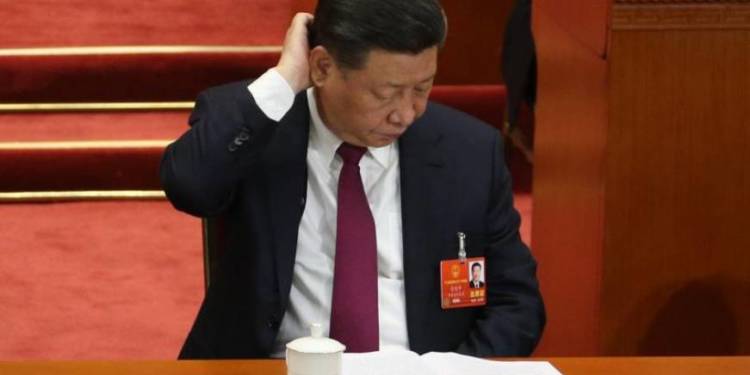 India created history yesterday as Jammu & Kashmir and Ladakh were officially bifurcated into two separate Union Territories much to the dismay of the opposition parties. The revocation of Article 370 undid a historic blunder as the Article was envisaged to be temporary and not permanent. This move has riled up many of India’s detractors with China leading the way as it has sought to label the development “unlawful and void” and India has retorted sharply by claiming that “China has illegally occupied Indian Territories.”

China has further claimed that India’s decision to bifurcate J&K “includes” some of China’s territory and this move challenges Beijing’s “sovereignty”. Ever since India moved to abrogate Article 370, it has continued to maintain that it is India’s internal matter and not China’s place to meddle with. S Jaishankar with his hectic parlay’s has conveyed the same to Beijing and India has not changed its stance over the past few months as it rightfully asserts its authority over its Union Territories of Jammu and Kashmir and Ladakh. Whereas China has continually changed its stance as it frantically searched for answers to maintain a stance which suits its all-weather ally Pakistan without riling up India in light of China Pakistan Economic Corridor’s failing Gwadar Port and any further tensions in Pakistan Occupied Kashmir will only put Chinese investments at huge risk.

China’s Foreign Ministry spokesman Geng Shuang told the media, “China deplores and firmly opposes that. India unilaterally changed its domestic laws and administrative division challenging China’s sovereignty. This is unlawful and void and this is not effective in any way and will not change the fact that the area is under Chinese actual control.”

Geng who recently claimed that Kashmir was an issue to be resolved through bilateral means between India and Pakistan displays how China is desperate and unable to digest India’s move. Since the revocation of Article 370, China, which in the past stated that Kashmir issue should be resolved between India and Pakistan, started referring to the UN Charter and UNSC resolutions for a settlement which is evident from the joint statement that China and Pakistan made when Imran Khan visited China in October: “The Chinese side responded that it was paying close attention to the current situation in Jammu and Kashmir and reiterated that the Kashmir issue is a dispute left from history, and should be properly and peacefully resolved based on the UN Charter, relevant UN Security Council resolutions and bilateral agreements”.

China’s labelling of India’s move to revoke Article 370 ‘unlawful and void’ is baseless. China has no locus standing to meddle in India’s internal affairs. Despite the hostile relations between India and China when it reached its peak during the Doklam standoff, India has never meddled in China’s internal affairs including its jugular vein Tibet. The world knows the crimes that China has committed in Tibet but India has never meddled in the country’s internal affairs and hence China’s claims of India attacking China’s sovereignty are baseless. The move to abrogate Article 370 was passed by both the Houses of Indian Parliament and hence, China would be better advised to focus inwards.

India has not taken China’s statements lightly and the MEA has strongly hit back at the revanchist state by claiming, “China continues to be in occupation of a large tract of an area in the Union Territories of Jammu & Kashmir and Ladakh. It has also illegally acquired Indian territories from PoK under the so-called China-Pakistan Boundary Agreement of 1963.” China indeed has illegally occupied Indian territory when the failed state of Pakistan ceded a part of PoK to China as the latter now controls Aksai Chin. Aksai Chin is largely uninhabitable and has little or no resources but it’s of strategic importance to China as it connects Tibet and Xinjiang and this was one of the triggers for the Sino-Indian war. India continues to maintain that Aksai Chin is a part of Ladakh illegally occupied by China.

China along with Malaysia and Turkey remain the only countries to have backed Imran Khan’s whining on Kashmir as the troika condemned India over its alleged aggression in Kashmir. India has exercised its diplomatic clout which has resulted in the rest of world siding with India including the g West Asian nations which have a Muslim majority. China had to face severe humiliation at the UNSC where its desperate move to coax a statement on Kashmir fell flat on its face. China’s confused reaction shows the formation of the two new Union Territories has ‘hit the spot’.