India didn’t waste even a day in mending diplomatic ties with Sri Lanka. And the result is already here 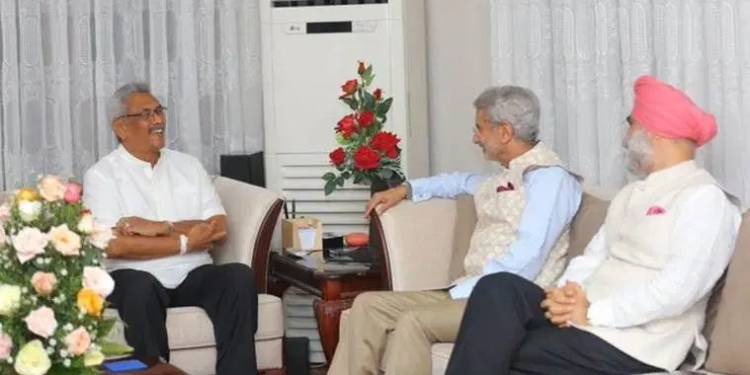 Mahinda Rajapaksa’s tenure as Sri Lanka’s president saw the end of the decades’ old civil war with LTTE and his brother Gotabaya who was the then secretary of Defence was credited with Sri Lanka’s victory. However, at the same time, Sri Lanka fell into Chinese debt-trap as Mahinda Rajapaksa took a definite pro-China tilt and the case of Hambantota port comes to the mind. Hence, one could understand the fears in India when Gotabaya was elected as Sri Lanka’s president as there were concerns that India will lose the strategically important neighbour to the Chinese. However, those fears were quickly proven wrong thanks to India’s deft diplomacy as Gotabaya is now slated to visit India on November 29 – his first foreign visit as Sri Lanka’s president.

Gotabaya was elected on the wave of sentiment against the Islamic terror in wake up of the deadly Easter attacks which the Sri Lankan government failed to prevent despite the heads up received from the Indian Intelligence agencies. Gotabaya is seen as a strongman which can end the rise of Islamic terror given his experience in curbing the LTTE.

While his brother Mahinda Rajapaksa grew extremely fond of China, it was not as if India was not at a fault. The actions of the then UPA government eventually pushed the senior Rajapaksa towards China. The Sri Lankan government was back then mired in controversy surrounding allegations of human rights violations, which reached its zenith after UNHRC adopted a US-sponsored resolution against Sri Lanka. UPA government which was in power at that time in India voted in favour of the resolution. Gotabaya Rajapaksa had also said in 2013 that India cannot absolve itself of having had ‘created’ Tamil terror in Sri Lanka in the 1980s. The relations between the two countries took a turn for the worse when Mahinda Rajapksa accused RAW of interfering in the island nation’s elections and thereby, ensuring his defeat in 2015.

However, the perceived antagonism against India is not visible – even in the conduct of the Rajapaksa brothers. Mahinda Rajapaksa had recently met PM Modi as the duo discussed a host of issues. The Rajapaksa brothers are shedding their perceived pro-China bias which is evident from the fact that Gotabaya in its manifesto had outlined how to improve the country’s relations with India for regional security. As per an Indian Express report, Gotabaya Rajapaksa has been quick to reach out to India after his election as the next President of the island country. His camp has conveyed that while China will be a “trading partner”, India will remain Sri Lanka’s “relative”.

This comes amidst Rajapaksa choosing Anuradhapura, the World Heritage City known for its ancient links with India, for his swearing-in ceremony. This can be seen as a soft signal towards potentially closer relations between the two countries.

Gotabaya’s visit to India so early into his tenure is unprecedented and a sign that India is in no mood to waste time and make Sri Lanka vulnerable to the Chinese influence. One can expect a host of agreements about regional security when the two leaders who are determined to end Islamic terrorism meet on November 29.