Finally a Sri Lankan President with a spine 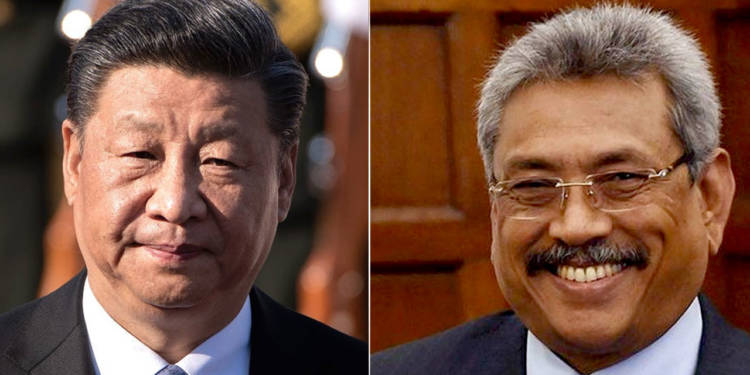 In a development that can prove to be a major turnaround in Indo-Sri Lanka relations, newly elected Sri Lanka President, Gotabaya Rajapaksa has said that the decision to lease Hambantota port was a mistake. He has even said that he would request China to re-negotiate the 99 year lease agreement of the Hambantota port. He also said that people of Sri Lanka are not happy with the existing agreement and want a better deal. Rajapaksa also said, “The strategically important, economically important harbor, giving that is not acceptable. That we should have control. We have to renegotiate. Giving a terminal for an operation is a different thing, giving some location to build a hotel is different, not the control over a very important place, it is not acceptable. So that is my position.”

It is relevant to mention here that the Hambantota port project which came up during the days of the Mahinda Rajapaksa was a major reason of deterioration behind Indo-Sri Lanka relations. The port has become a living example of the Dragon’s “debt-trap” diplomacy. Financed by the Chinese despite adverse feasibility reports and refusal by India for such a project, the port turned out to be a miserable failure. While it became an example of Chinese “debt-trap” diplomacy, the port became a matter of grave concern for India as it ensured Chinese presence at a strategic location in the Indian Ocean region. As such it was seen as a fillip to China’s strategy of encircling India in the Indian Ocean Region. What added to India’s woes is the fact that unable to pay off the debt, Sri Lanka had to hand over the port and a mammoth 15,000 acres of land around it to the Chinese on a 99-year lease. This was strategically crucial for China as it gained foothold just a few hundred miles off the shores of India.

However, in what clearly suggests that President Gotabaya Rajapaksa, the younger brother of former Sri Lanka President Mahinda Rajapaksa is trying to allay India’s concerns with respect to the strategically located port, he has made it clear that though China saw Hambantota port as a part of its “String of Pearls” startegy, Sri Lanka’s interests were purely “commercial”.

This clearly dismisses all insinuations and concerns that were being voiced in the run up to the Sri Lanka Presidency campaign. The Rajapaksas were being seen as pro-China and opposed to India’s interests. However, Gotabaya Rajapaksa’s remarks make it clear that the Rajapaksa regime does not have the kind of pro-China tilt that was being attributed to it.

What makes this development that much more crucial is the fact that it comes ahead of the Sri Lankan President’s visit to India. Gotabaya Rajapaksa has also made it clear that he will work with India and won’t do anything that will harm its interests. He said, said, “We don’t want to get in between the power struggles of superpowers… We are so small and we can’t survive to get into this balancing act. We want to work with all the countries and we don’t want to do anything which will harm any other country for that matter, we understand the importance of Indian concerns, so we can’t engage in any activity which will threaten the security of India.”

Sri Lanka’s interaction with China was based on its domestic concerns at a time when the Mahinda Rajapaksa regime was facing trouble on account of a global outrage over allegations of human rights violations during the civil war within the country. Even India had given a cold shoulder to Sri Lanka, which compelled Colombo to look upto the Dragon and Beijing was already looking to make inroads into the strategically located island country. Sri Lanka also seem to have been done in by Beijing in the case of Hambantota project, which came up at a time when the Chinese strategy of “debt trap diplomacy” was still not that clear. Now, keeping India’s apprehensions in mind, President Gotabaya Rajapaksa seems to be addressing them in an effective manner which will ultimately pave way for strengthening of ties between New Delhi and Sri Lanka.