Mahathir is so done 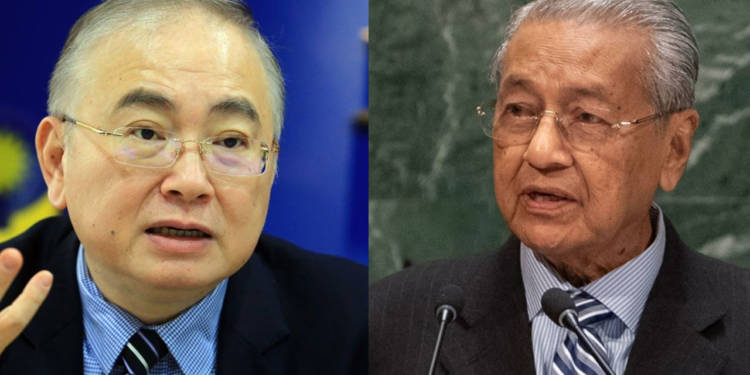 In his quest to become the leader of the Islamic countries, Malaysian Prime Minister Mahathir Mohamad has been shooting idiocy from his mouth for quite some time as he has, for the second time, meddled in India’s internal affairs by criticising the CAA. However, this time he got a befitting reply from his own countryman as Malaysian Chinese Association (MCA) slammed the Malaysian PM’s childish behaviour and his hateful policy towards India.

In a Facebook post, MCA president Wee Ka Siong slammed the country’s prime minister stating that Mahathir will only offend many other bigger nations if he continues to speak as he pleases and the country would have to pay a “huge price” for his comments. In September, Mahathir angered India when he commented on the Kashmir conflict at the UNGA. Wee said this resulted in the drop of palm oil exports by as much as 76% and caused much anxiety among palm oil industry players, especially the 600,000 small-time planters.

Wee added, “During the recently-concluded KL Summit, he again criticised India on a new citizenship law and this also drew a strong protest from the Indian government. The Charge d’Affaires of the Malaysian embassy was also summoned by the Indian external affairs ministry for an explanation.”

Wee stated that there had also been tension between Mahathir and China, and he was involved in a tit for tat with Chinese Premier Li Keqiang on the issue of the new version of colonialism. “If Tun Mahathir continues to offend more countries, our younger generation may have to pay the price for what he has done. What is the point of saving face for yourself when we are going to lose the entire world as friends?” he further added.

The sheer stupidity of Mahathir Mohamad could be understood as he had recently proposed that the Islamic nations, who are suffering from international sanctions, must consider gold and barter as medium of exchange to trade among them. Mahathir probably wants to go back to the Islamic roots to beat the global sanctions, from which many Islamic nations including Iran, Turkey, and Malaysia are suffering.

Following the passage of CAA in the parliament, Mahathir said, “I am sorry to see that India, which claims to be a secular state now is taking action to deprive some Muslims of their citizenship.” He also questioned the “necessity” of the recent changes to India’s citizenship law. Mahathir added, “People are dying because of this law. Why is there a necessity to do this when all the while, for 70 years, they have lived together as citizens without any problem?”

The Malaysian Prime Minister seems to have tread the wrong path by interfering in India’s internal matters and showing utter disregard for India’s territorial sovereignty.

India had earlier threatened sanctions on Malaysia for interfering in the country’s internal matter, which could prove disastrous for Malaysia. The MCA president has rightfully slammed Mahathir and the Malaysian PM must immediately apologise and enhance cooperation with India through diplomatic channels in order to protect his country’s economy. He must also stop protecting controversial Islamic preacher Zakir Naik and hand him over to India. The people of the Malaysia are clearly against his petty politics and hatred against India.