May lead to a massive escalation in the days to come 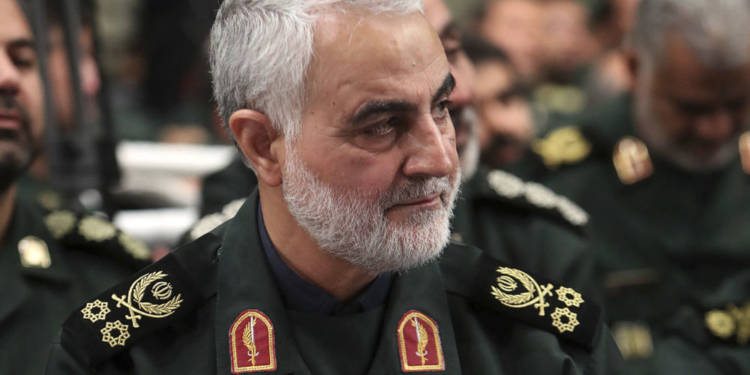 The tension between the USA and Iran almost reached a breaking point in 2019 with both the nations trying to flex their muscles. In a significant development that will have widespread repercussions in the Middle East, Revolutionary Guards commander Qasem Soleimani and a close confidant of Iran’s Supreme Leader Ayatollah Khamenei were killed in a US airstrike near Baghdad Airport on Friday.

Soleimani’s killing can lead to massive escalation between the US and Iran.

General Soleimani headed the external operations Quds Force for the Revolutionary Guards in the past few years had emerged as one of Iran’s most popular figures as he increased the nation’s clout in the Middle East at the expense of the USA. A survey published in 2018 by IranPoll and the University of Maryland found Soleimani had a popularity rating Ftrof 83%, beating President Hassan Rouhani and Foreign Minister Mohammad Javad Zarif. Solemani was killed in Baghdad, Iraq as he was actively involved in forming the new government in Iran’s neighbouring country. Over the years, he grew up to be one of the USA’s most dreaded adversaries as he continued to be a thorn in the USA’s Middle East operations. CIA analyst Kenneth Pollack said: “To Middle Eastern Shiites, he is James Bond, Erwin Rommel and Lady Gaga rolled into one. To the West, he is… responsible for exporting Iran’s Islamic revolution, supporting terrorists, subverting pro-Western governments and waging Iran’s foreign wars.” With Iran roiled by protests and economic problems at home, and the U.S. once again mounting pressure from the outside, some Iranians had even called for Soleimani to enter domestic politics. While he has dismissed rumours he might one day run for president, the general has played a decisive role in the politics of Iran’s neighbour, Iraq. His influence has deep roots since Soleimani was already leading the Quds Force when the U.S. invaded Afghanistan in 2001.“My Iranian interlocutors on Afghanistan made clear that while they kept the foreign ministry informed, ultimately it was General Soleimani that would make the decisions,” former U.S. ambassador to Iraq Ryan Crocker told the BBC in 2013.

Soleimani was Iran’s de facto Foreign Minister as he was widely considered an architect of Syrian President Bashar al-Assad’s war against rebels in Syria, the rise of pro-Iranian paramilitaries in Iraq, the fight against the Islamic State group, and many battles beyond. In 2013, former CIA officer John Maguire told The New Yorker that Soleimani was “the single most powerful operative in the Middle East”. Throughout his career, he is believed to have aided Shia Muslim and Kurdish groups in Iraq fighting against former dictator Saddam Hussein as well as other groups in the region including the Shia militant group Hezbollah in Lebanon and Islamist organisation Hamas in the Palestinian territories.

After the US invaded Iraq in 2003 he began directing militant groups to carry out attacks against US troops and bases, killing hundreds. Soleimani was being tracked by the USA and Israel for the past few years and Donald Trump escalated the search for Soleimani when in April last year, US Secretary of State Mike Pompeo designated Iran’s Revolutionary Guards and Quds Force as foreign terrorist organisations. The Trump administration has said the Quds Force provided funding, training, weapons and equipment to US-designated terrorist groups in the Middle East – including Hezbollah movement and the Palestinian Islamic Jihad group based in Gaza. In a statement, the Pentagon said Soleimani had been “actively developing plans to attack American diplomats and service members in Iraq and throughout the region”.

The move to kill Soleimani has set off alarm bells across the world as Iran has vowed revenge, creating fears over the possibility of an all-out war between the two nuclear-armed nations.

Trump has killed Iran’s talisman and someone who was at the core of the regime and it comes as no surprise that Iran has sworn vengeance and worryingly, despite arms embargoes, Iran has developed a modern arsenal of rockets and missiles.

Iran’s capability has resulted in China, Russia and France, all permanent members of the UN Security Council, take a dim view of the US airstrike. The fears for an all-out war were only compounded as a hard-line adviser to Iran’s supreme leader who led Friday prayers in Tehran likened the US troops in Iraq to “insidious beasts” and said they should be swept from the region. “I am telling Americans, especially Trump, we will take revenge that will change their daylight into nighttime darkness,” said the cleric, Ayatollah Ahmad Khatami.

All signs coming out of Iran signal a massive escalation and Donald Trump’s diplomacy skills will be put to the fore as he negotiates in tricky waters.