This mess would prove costly for Erdogan! 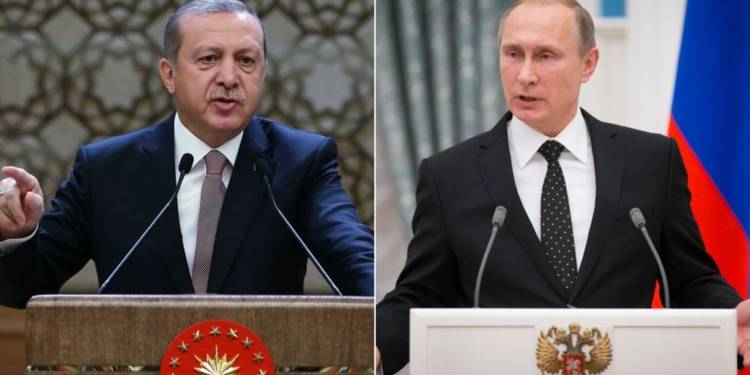 A humanitarian catastrophe is brewing in north-western Syria, where the Syrian government of President Bashar al-Assad is trying to recapture the opposition-held province of Idlib. The opposition one had the reins of power in the territory, but the Syrian army with the help of Russian air power and Iran-backed militiamen has retaken most of the territory over the past five years.

Now, the army and the Bashar al-Assad government supported by Russia wants to “liberate” Idlib from jihadist groups and Turkish-backed rebel factions based there. The province of Idlib is the last stronghold of the rebel and jihadist groups that have been trying to overthrow Assad from power since 2011.

33 Turkish soldiers have died in the Syrian government attack in opposition-held northwestern Syria, in a major escalation of the conflict. After the attack on the Turkish side, President Recep Tayyip Erdogan held an emergency meeting on the situation in Idlib at his presidential complex, attended by ministers and military officials.

Turkish forces began conducting ground and airstrikes after the meeting. In retaliation, Turkey which backs the opposition, today announced that “all known” Syrian government targets were under fire by Turkish air and land support units. Turkey has decided to “respond in kind” to the attack by the Syrian government and has claimed that it hit 200 government targets in response, “neutralising” 309 soldiers.

Russia and Turkey had agreed in 2018 to create a demilitarized zone in Idlib. The Sochi accord called for a “demilitarized buffer zone” along the front line. Mainstream rebels were required to pull their heavy weapons out of the zone, and jihadists were told to withdraw altogether. However, it was never fully implemented. Rebels reportedly withdrew some heavy weapons, but the jihadists stayed. As a result, the accord could not stand the test of times and since then has fallen through, unfortunately. Fighting in the north-western Syrian province has sent hundreds of thousands of displaced people towards the Turkish border.

The UN has already said that a full-scale battle for Idlib could result in a “bloodbath”. The 33 deaths are the largest number of fatalities suffered by Turkish forces in a single day since Ankara started sending thousands of troops into Idlib in recent weeks in a bid to halt an advance by Syrian forces and their Russian allies.

An unconfirmed Russian media report says two Russian warships equipped with cruise missiles are being sent towards the Syrian coast, meaning something far more sinister is happening in the background.

Turkish forces have committed unspeakable and heinous war crimes on the Kurdish forces and civilians and now the Battle of Idlib is turning ugly by the day. Will there be any middle-ground between Erdogan and the duo of Assad and Putin is very difficult to predict at the moment. Assad is aiming for a full-wide offensive and Erdogan is in no mood to back down either.