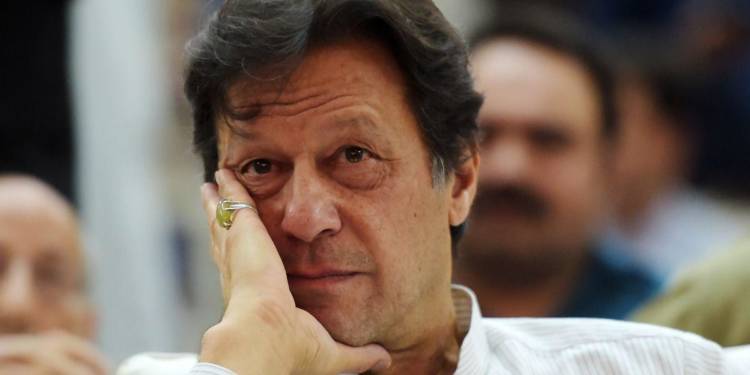 The novel Covid-19 that originated somewhere in the world markets of the Hubei provinces of China, has now hit all the parts of the world including the subcontinent in South Asia.

The Islamic Republic’s poor medical infrastructure and facilities, coupled with its borders with China- the country where the novel infection originated and Iran, the Shi’ite country which is one of the worst Coronavirus-hit countries beyond China, place it in a rather vulnerable position.

Pandemic #Coronavirus can hit #Pakistan, like no other country in South Asia.

The country has allowed passengers to fly in from two Corona hit countries, China and Iran.

No testing kits or screening devices were installed on the airports.

And the most important : (Thread)

What might have further contributed to the rise of the Coronavirus epidemic in Pakistan is its callous and careless attitude towards the public health emergency. Islamabad did not close its borders with Iran promptly even after the epidemic to grip of the Shia dominated country.

Islamabad kept its border open with Iran for far longer than it should have. The land borders were closed only on February 23, when the epidemic had already penetrated Iran deeply. Moreover, merely two weeks after closing the border, Pakistan opened its Taftan border for trade with Iran once again on March 7. By this time, Iran had already become one of the worst-affected countries to have been hit by Coronavirus.

8,000 Pakistani pilgrims returned recently from Iran, where no quarantine measures have been taken. Videos from Qom, one of the holiest cities of Iran keep appearing in which pilgrims can be seen kissing windows of tombs and shrines, creating a perfect recipe for a massive Coronavirus outbreak. Imagine thousands of Pakistani pilgrims getting infected in such holy cities and returning to Pakistan without any screening only very recently, even as Pakistani authorities struggle to trace these pilgrims.

Even in the case of China, Pakistan did impose a restriction on flight operations, to and from, China but no such restrictions were imposed on travellers with a history of travelling to China. This recklessness coupled with lack of medical kits and screening facilities at Pakistani airports might have already created a Coronavirus outbreak, the extent and intensity of which even the Pakistani authorities would be clueless about.

A close look at the statistics and data related to the Coronavirus outbreak in Pakistan, which is of course understated, reveals a dangerous pattern. The 21st individual who has tested positive for Coronavirus in the Sindh province of Pakistan had recently returned from Islamabad. Worryingly, he has no recent international travel history.

What this essentially implies is that community transmission has already started in Pakistan and the authorities literally have no clue about it. Moreover, while the data shared by Pakistan till now gave a rather timid picture of the Coronavirus outbreak in the country, the real picture seems to be coming up now.

There is a new case of #coronavirus #covid19 in Sindh, which makes the total number of cases in Pak at 21 – What is to be noted is that he recently returned from Islamabad 2 days ago AND has NO recent International travel history indicating the Virus COULD have spread locally.

The 21st patient had tested positive only a day ago, and suddenly the number of Coronavirus infected individuals has shot upto 28. With reports of the infection speeding locally, it is very much possible that the number of confirmed cases will go up exponentially.

As of now, Pakistan has closed down all its airports, except Karachi, Lahore and Islamabad, but it might be a bit too late now. Pakistan allowed its businessmen and pilgrims to travel to Iran when the infection was actually rising at a very brisk pace in the Shi’ite country. Now, the Islamic Republic must be grappling to find out those who travelled to Iran and most probably returned after having got infected in the neighbouring country, carrying the novel virus into Pakistan on their way back.

It must be mentioned that while all countries were evacuating its citizens from Wuhan, Pakistan left its citizens to fend for themselves, even as they begged Pakistan to evacuate them from China. Several Pakistani students had tweeted that they didn’t get any reply despite contacting their embassy in Beijing repeatedly.

As per reports, a Pakistani govt representative told the students, “Zindagi-Maut Allah Ke Hath Me Hai. Yaha aani hai ya waha aani hai (Life-Death are in hand of Allah. Either, it will come here or there)”.

Meanwhile, India is contemplating taking a precautionary step by suspending the Kartarpur Corridor for the time being given the threat posed by the Coronavirus Pandemic.

#KartarpurCorridor: Indian government will take all steps necessary to contain the #CoronavirusPandemic . A decision will be taken by the relevant Ministry based on their assessment of the situation said sources. pic.twitter.com/akSqZQNTcd

As the outbreak of the novel Covid-19 in Wuhan has now spread and taken roots in other parts of the world, it seems that Pakistan might emerge as the epicentre of the deadly outbreak in the subcontinent region.

Demography is destiny: Why and how Europe became the epicentre of Coronavirus and recording high fatality numbers