‘China cheated us, we need to be united,’ Central and East Europe may cut China off after huge betrayal 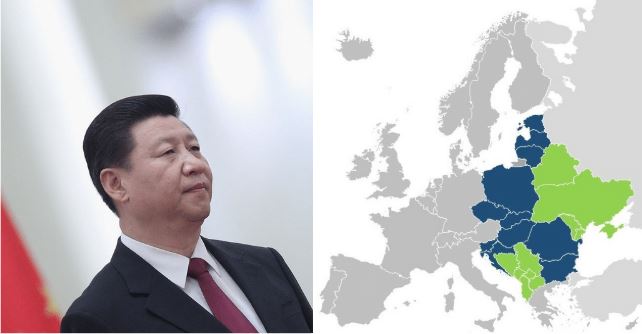 Europe, especially the eastern part had enthusiastically vouched for Xi Jinping’s Belt and Road Initiative and willingly opened their economies to Chinese investment. The 17 Central and Eastern European countries in return, got a pandemic and a huge trade deficit with China. This has resulted in widespread dissatisfaction among the 17 countries and they are now looking at a future which doesn’t involve China.

The “17+1” summit between Xi Jinping and the leaders of the European countries was earlier slated to take place this month but has been postponed in the wake of the Wuhan virus. The report titled “Empty Shell No More” advocated ways for the 17 countries to band together before future summits, such as “17+0” meetings without China so as to develop an agreement on unified demands.

The report further found that as of 2018, the total deficit of the 17 countries with China stood at US $75 billion. While Chinese investment in these countries continued to increase at a steady pace, but China being true to its characteristics, made sure that about 75% of its total investment is limited to Czech Republic, Hungary, Slovakia and Poland, leaving the other countries high and dry.

“If China wants to retain its presence through these institutions, it is more likely (if grudgingly) to accept the ‘multilateral condition’ than to risk losing its influence altogether,” said the lead author of the report, Ivana Karaskova.

China as usual, is attempting to assert political influence in the region and the authors of the report urged the countries to take stern action against any undue attempts to assert political influence by China. This statement comes in the backdrop of the Lithuania government’s decision to summon the Chinese ambassador and slammed the Chinese embassy’s staff for their ‘deplorable behaviour’ as they were alleged to have intimidated demonstrators who supported the anti-government protests in Hong Kong.

“The Ministry of Foreign Affairs (MFA) of the Republic of Lithuania deplores and rejects the actions by the staff of the Embassy of the People’s Republic of China (PRC) who were involved in organising the unlawful actions undertaken by the Chinese citizens during this incident,” said the note by Lithuania’s Foreign Ministry.

The Summit was already facing problems as long time China admirer Czech President Milos Zeman surprisingly snubbed China’s invite as he cited “investment letdown” by China. Zeman who earlier had infamously claimed that Czech Republic would be an ‘unsinkable aircraft carrier’ for Chinese investment in Europe has quickly changed his tunes after realising the pitfalls of believing the Chinese government for their word. In an interview with Chinese state broadcaster CCTV, in April, Zeman claimed that the lack of Chinese investment in Czech Republic is a “stain on the Czech-China relationship”.

Much to the ire of China, Czech Republic has gone ahead and engaged with Taiwan as its capital Prague recently signed a sister city agreement with Taiwan which resulted in Shanghai suspending official contact with Prague. Last year, the Czech government institutions had been ordered to stop using Huawei products.

The mayor of Prague, Zdenek Hrib is not afraid of striking the hornet’s nest. The mayor has condemned China as an ‘unreliable partner’, criticized its treatment of ethnic minorities like Uighur Muslims and promoted ties with Taiwan by meeting Chinese dissenters. The Czech Republic was among numerous European countries to receive virus test kits and other medical supplies from China in recent weeks. But out of the 300,000 rapid Wuhan virus test kits ordered by the Czech Republic, up to 80 percent of the test kits were found faulty and not working properly. The test kits, worth 54 million korunas (€1.83 million), showed false positive as well as negative results.

In an interview with Bloomberg, Hirb referring to China’s aid to Europe said, “This isn’t a humanitarian gift or aid, from China’s perspective, it’s business.”

“There has been a breakdown of trust in China, at the level of the public, the media, and now even the president,” said Jeremy Garlick, assistant professor of international relations at the University of Economics, Prague.

Recently, Netherlands became the fifth country after Czech Republic, Turkey, Spain and Ukraine to return thousands of masks to China after it was found that the mask do not meet the required quality criteria.

“The rest of the shipment was immediately put on hold and has not been distributed. A second test also revealed that the masks did not meet the quality norms. Now it has been decided not to use any of this shipment,” said the Health Ministry of Netherlands.

There is rising anti-China sentiment in Europe as China refuses to mend its ways. It seems that the world is now waking up to the threat posed by China and are looking to cut-off the country.