‘China has brought death & destruction,’ A city in Australia has stirred up a storm by cutting all ties with China 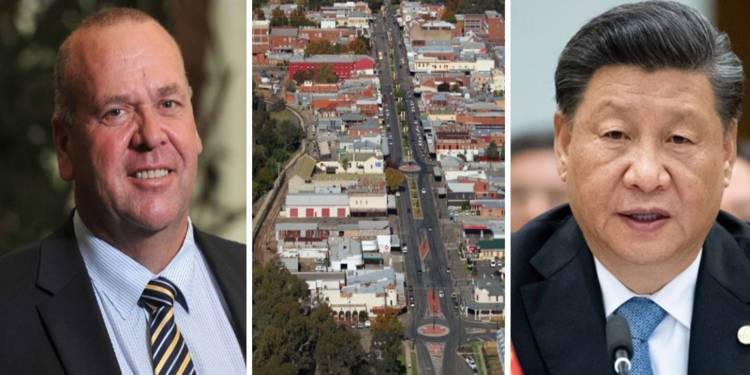 In a massive blow to the “Beijing Consensus”- the myth of the Communist model prevailing over the democratic model that has been already getting demolished, Wagga Wagga City Council has voted narrowly in favour of severing its ties with its sister city Kunming, bringing an end to a relationship that started more than thirty years ago in the year 1988.

Paul Funnell, the Wagga Wagga City Councillor, who pushed the move said that the “Chinese Communist Government that delights in lies, subterfuge and coverups” has brought “death and destruction across the world with COVID-19”.

He made it clear that the City Council should not share any relationship with the Communist regime of China. Meanwhile, the Wagga Wagga-based New South Wales (NSW) Nationals MLC, Wes Fang- the first Australian of Chinese heritage to represent the Nationals in the New South Wales Parliament, has unsurprisingly dismissed the move as “racist”.

Fang said, “The events of the past few months have been particularly difficult for those Chinese-Australians who love our country but have been abused because of our name and our looks.”

However, Funnell has unambiguously denied all allegations of the move to cut sister ties with the capital city of China’s Yunnan province being racist. He said, “This is not about the people. I mean, obviously everyone’s coming out calling it racist, etcetera,” but “this is not about the Chinese people. It wouldn’t matter where it is. You’re not in China, you are not dealing with the people themselves.”

What Fang is doing is to portray this move as racist, while the decision to cut ties with the Chinese city is meant to direct exemplary measures against the Communist regime of China whose devious measures have wreaked havoc in Australia, among other countries of the world.

Australia has been deeply troubled by the Wuhan virus outbreak, something that even led to the Prime Minister Scott Morrison urging the World Health Organisation (WHO) and the United Nations (UN) to act against China’s wet markets, like the one where the deadly Coronavirus is believed to have originated, as they pose “great risks” to the health and wellbeing of the rest of the world.

The Australian political establishment is enraged because China ransacked the down-under country of Australia in the wake of the rising Wuhan Virus cases. Several reports have emerged that in January and February when the COVID-19 cases were at its peak in Mainland China, Xi Jinping through his proxies in Australia and several other countries hoarded billions of medical equipment.

The motion to cut ties with Kunming was passed narrowly four votes to three, after councillors Dallas Tout and Kerry Pascoe declared a conflict of interest and recused themselves from voting.

Wagga Wagga Mayor Greg Conkey missed the meeting due to illness and described the decision as “appalling”. He said, “I’m quite distraught and appalled by the decision last night and I look forward to this rescission motion getting up in two weeks time.”

China’s Communist regime and its proponents (read “moles”) across the world have been trying to deliberately describe all moves and measures, including economic actions, against Beijing as “racist”.

Wagga Wagga City Council has cut ties with the sister city in China because there is a palpable sentiment in the country not to maintain any ties with the Communist Party of China (CCP), given how its mismanagement created the Pandemic and the subsequent coverup misled the whole world about its consequences.”